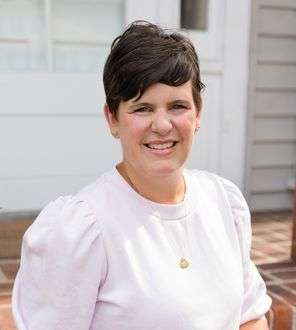 NORWALK, Conn. — An East Norwalk mom, whose local volunteer experience is heavy with education involvement, is seeking the Democratic endorsement to represent District C on the Common Council.

“I not a politician and I do not have ambitions of a career in politics, but rather I am someone who cares for our community deeply, and I believe we as a city are at a crossroads,” Jenn McMurrer said in a statement. “We can make positive change for our future by working together or we can go down another path by not putting forth the work and effort. It will take a lot of work and communication, but I am ready to roll up my sleeves and accomplish our goals together as a community for a better future for everyone.”

“I haven’t met Mrs. McMurrer yet but we have plan to connect soon,” Kydes said in an email. He has said he is running for reelection.

Theodoridis is not running for reelection, Democratic Town Committee Chairwoman Eloisa Melendez said. He did not reply to an email asking for a response to McMurrer’s announcement.

She also said she was just nominated to serve on Norwalk SPEDPAC.

“I want to listen to community members and find out what they are most concerned about to determine what we can do to improve our city,” she said in the release.

McMurrer was Senior Editor at Martha Stewart Living from August 2009 to January 2012, according to her Facebook page. On LinkedIn, she says she has since been a freelance digital and print media consultant. She was also executive editor for Westchester Home and Westchester and Hudson Valley Weddings from November 2013 to August 2020.

She appears to be the first non-incumbent to announce an intention to be on the ballot this fall and offered three major goals:

The City’s website shows that she and her husband, Ryan McMurrer, bought their East Norwalk home in 2013. Her press release states that she has two children attending Norwalk Public Schools and she’s been very involved with the public schools, special education, and fundraising.

This is exciting! District C has had no representation over the past few years, one council member was MIA and the other just helps people he knows. We need someone who actually cares about everyone and will speak up for east Norwalk.

Your platform details ? Just how do you aim to improve Norwalk for all its citizens ?

Ron,
All nice platforms but no meat.

Janine
How do you know no meat? Please tell us as we would like to know.

What Lamb stated, “ District C has had no representation over the past few years, one council member was MIA and the other just helps people he knows.”

Ron is the type of voter who also believes that the last Recs and Parks manager who lasted less than two years “brought the department into the 21st century”. You see, there are actually no bullet points of accomplishment or goals because there are none. Just platitudes, attaboys, and good intentions. This is what seems to serve most for political leadership needs these days. Thankfully the boat launch was open so I could fill out manual paperwork to get my sticker the other day. And I really love filing all the rental income statements on paper. For some reason tiny Bethel has figured out how to do this on line, but we are still moving forward into the 21st century on paper and with cheerleaders like Ron can guarantee ourselves to do this for another 80 years.