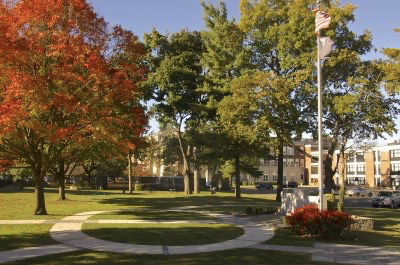 “Covid-19 has demonstrated the interdependent nature of our world and that no one is truly safe until everyone everywhere is safe,” wrote Emmanuela Ilok from Nigeria.

“If there is one thing we must take away from this pandemic it is that our health is only as good as the least healthy person in our environment,” wrote Beatrice Teh from Singapore.

“There is nothing new to tell you. Just wanted to let you know everything is fine…. The country around here is quite pretty. It is rolling land with lots of fields and hedgerows. The farmhouses seem to be made from some kind of sandstone and have thatched roofs. The peasants wear wooden shoes mostly. A few of them are lucky enough to have old, worn-out leather footwear. Their clothing is worn and ragged. But they seem very happy that the Boches have been driven out. Good-bye for now. Loads of Love, Dick.”

Those are the last words Richard Kemper’s parents received from him.  Their response was to purchase a plot of land by the high school he attended in Mamaroneck, N.Y.  There they placed trees, benches and a stone tablet with his name and the names of the school’s 98 other students killed, in what Studs Terkel referred to as the Good War, chiseled into it.

“I am sure that this sanctuary will inspire our pupils to a deeper sense of devotion to the great cause for which Richard and his fellows made the supreme sacrifice,” the principal of Mamaroneck Junior High School wrote them after the dedication ceremony.  That cause was human rights.

Consequently, the United Nations was created and the Universal Declaration of Human Rights was drafted and ratified by nearly every country in the world.  Then, as Abdul-Rehman Ahmad, a student from Pakistan put it in another essay, “Treaty by treaty, policy by policy, world leaders built a great body of laws and vowed to uphold them and the progress they achieved was immense.”  However, he continued, “in this generation world leaders have forgotten the laws of survival and the world is moving back into an era where racist and extremists inflame Islamophobia and discrimination.”  Indeed, as Kaelyn Ha, a Hunter College High School honorable mention winner pointed out, even in our country a wall has been constructed dividing us from the human rights ideals “we once aspired to uphold.”

As we march through the streets of Norwalk this Memorial Day, therefore, the best way we can honor those who sacrificed their lives to defend those ideals is to echo the challenge President Reagan issued to Mikhail Gorbachev in 1987 while standing at the Brandenburg Gate separating West Berlin from East Berlin.  “Tear down this wall!” we should exclaim.

Professor of economics and the President of the Kemper Human Rights Education Foundation (khref.org).  Richard Kemper was his uncle.

I think Mr. Gorbachev’s wall was to keep people in, not out.

Beautifully stated. It made me think of Tom Lantos, the only Holocaust survivor to serve in the US Congress. Lantos regularly promoted the Universal Declaration of Human Rights and sought to include the US as a signatory. Sadly, as the events of WW2 fade from memory we are re-experiencing man of the same issues that were precursors to the War; increasing trade wars, deeper and more sustained economic cycles, fascism, both here and abroad. Conspiracy theories are rife with people quick to blame simply bad fate or an election loss. It is hard to remain hopeful. Out of the ashes of WW2, we witnessed a phoenix of hope for change…

Anti-Semitism is blooming in the US Congress. The Self inalienable Rights of man are welcome here as long as they become CITIZENS but with the internal enemies of the people like those anti-semites of congress we are plagued like the rest of the world with the strife and struggle to keep liberty and freedom. America first then maybe we can help others.