NORWALK, Conn. — It’s been months, but “Byron the Baker” Sanchez and his family are finally hard at work, stocking shelves and refrigerators in their new bakery just off Wall Street.

Byron Sanchez said it happened so fast, he’s “a little worried” because he “wasn’t ready.” Now, with baked goods neatly displayed in glass cases and frozen concoctions offered across the aisle, he needs to get the word out.

Last year, Sanchez, an Ecuadorian immigrant, emptied his bank account to invest $100,000 in equipment custom made for the River Street space, only to find he couldn’t open his store due to an impasse between his landlord, real estate broker Jason Milligan, and the Norwalk Redevelopment Agency.

Redevelopment wouldn’t issue Sanchez a certificate of occupancy without Milligan submitting to a design review process for the store’s exterior at the former My Three Sons building. Milligan, who is embroiled in an ongoing legal battle with Redevelopment and the City, said his civil rights were being violated by “a sudden new process” allegedly “invented” by the Redevelopment Agency.

In October, Jessica Vonashek, Norwalk Chief of Economic and Community Development promised that the City would work quickly to get Sanchez the CO he needed to open, if the fees were paid. She said, “We believe that if Jason was to go through the process, it would be $2,000 or less.”

In November, a Group of Sanchez supporters gathered at the closed storefront and chanted, “Let Byron Bake.” Milligan told them that Sanchez was being “punished” in a “political vendetta.”

City agencies, in a joint statement, said Milligan was making “false and baseless accusations” and “other property owners have worked through the process in a mere number of weeks.”

Sanchez said he told Milligan, “You have to do something.” He also talked to someone at Redevelopment and said, “Listen, you need to work with me here.”

“I would rather not get into what happened,” Milligan wrote. “I can say that the Agency is a disaster and it is absolutely not helping the area. Their actions are hurting the area.”

Sanchez, who came to America from Ecuador in 1994, set his sights on Norwalk after considering Bridgeport, Stamford, and New Canaan. The rents were too expensive in Stamford and he was concerned that there were too few Hispanics in New Canaan.

Enrique, a 17-year-old member of Byron Sanchez’ family, boxes a cake for a Norwalk Public Library worker, Thursday on River Street. She said it was for a library staff member’s birthday party.

He owns a bakery in Ossining; his partner there was his brother-in-law, who died of Covid at age 44, leaving a wife and three daughters, Sanchez said.

Sabor Ambateño is Spanish for Ecuadorian Flavor; Ambato is an Ecuadorian city. Family members working in the bakery Thursday included the son of one of Sanchez’ cousins.

Sanchez said he needs to hire two employees who speak English, because some family members aren’t fluent. It’s especially tough to find help for the weekend.

It looks like other businesses are opening soon next to Sabor Ambateño. A carpenter working in the storefront on the corner of Wall and River Streets said a juice bar was coming in.

“Bubbly Tea is opening on the corner. They will serve bubble tea, noodles, frozen treats.

“Woww Nails has their C of O and will be opening shortly at 3 River St. 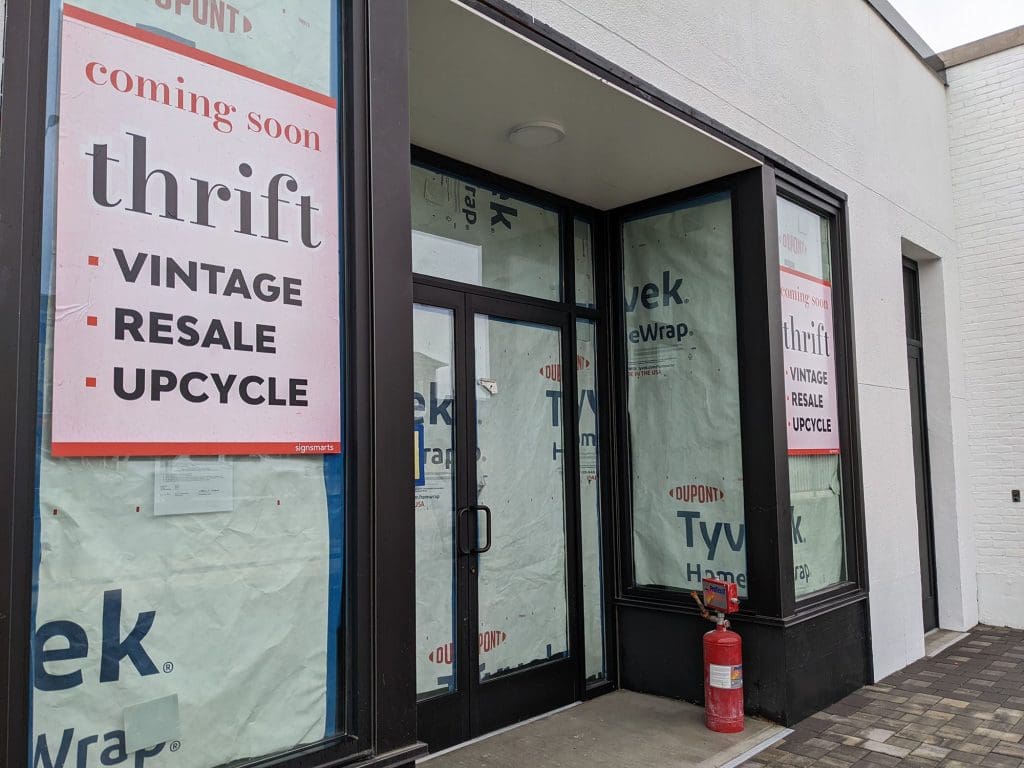 Another store expected to open in the former My Three Sons building, owned by Jason Milligan. 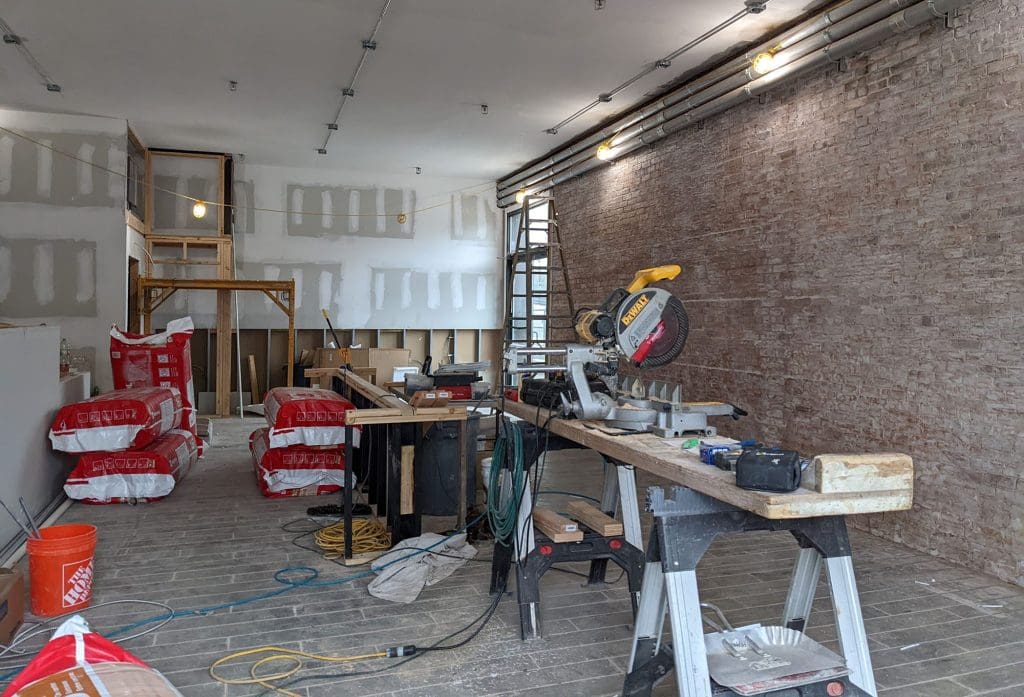 Work underway in the storefront on the corner of Wall and River Streets.

Bananas, prepared to be dipped in chocolate and frozen, Byron Sanchez said.

The former My Three Sons building, along River Street.

Alright, for as much hate as Nancy gets sometimes, this headline is dope. Gotta give credit where it’s due!

Also, kudos to Byron. That man looks so happy to be making his dream real. I will DEFINITELY be visiting to check out his wares!

When I read that the Redevelopment Agency was being helpful, I immediately laughed and thought this was the NoN “April Fool’s” piece. I mean, come on – it’s not possible.

Then I drove by – and sure enough – Byron is baking!

I will be a supporter of this business, and the Wall Street area in general, as I believe these start-up businesses define our community, and – they are so representative of the “American Dream”. Who would have thought Mr. Milligan would have been the one to bring Norwalk its own version of a Horatio Alger Jr. story – Byron “the Baker” Sanchez? Thank you.

Byron – good work. The luck you will make for yourself.

I was able to swing by last Sunday for Byron’s opening celebration, got to pick up a few free goodies & meet Byron himself. The food is very yummy! Good luck, Byron!

Have used Kosta Jewelers quite a few times for watch batteries and jewlry repair, wonderful ownwers and more than reasonable prices.

Byron offered my friend and I his passionfruit drink on Saturday and it was amazing! I plan to visit again and try the baked goods! So happy he was finally able to open! Let’s support this family!