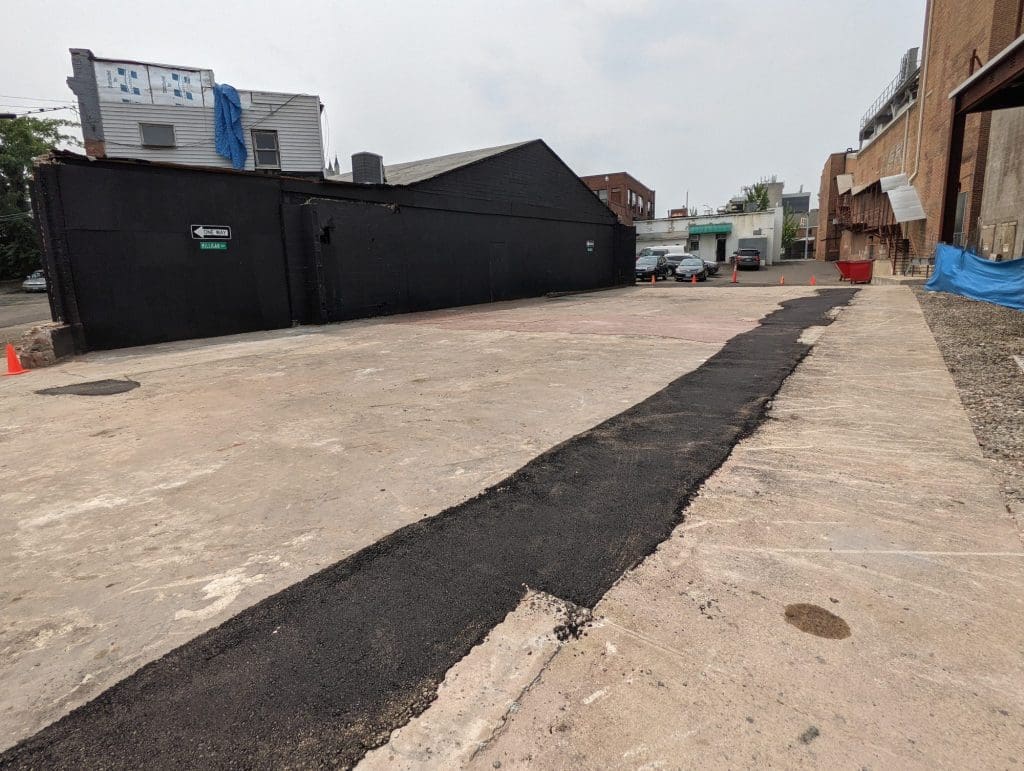 The black building at left is 20-26 Isaacs St., in July. The asphalt in the foreground marks the former location of an exterior wall.

The violation notice concerned Milligan’s demolition at 20-26 Isaacs St., across from Wall Street Place and diagonal to the former Leonard Street Municipal Parking Lot. Asked about the demolition in July, Milligan said he hadn’t demolished an entire building, just a “small part” of one.

The notice isn’t included in court documents online. NancyOnNorwalk obtained it through a Freedom of Information request.

In the Oct. 29 notice, Norwalk Chief Building Official Bill Ireland wrote to Milligan, estimating that Milligan had removed about 4,150 square feet of a 9,940 square foot building. 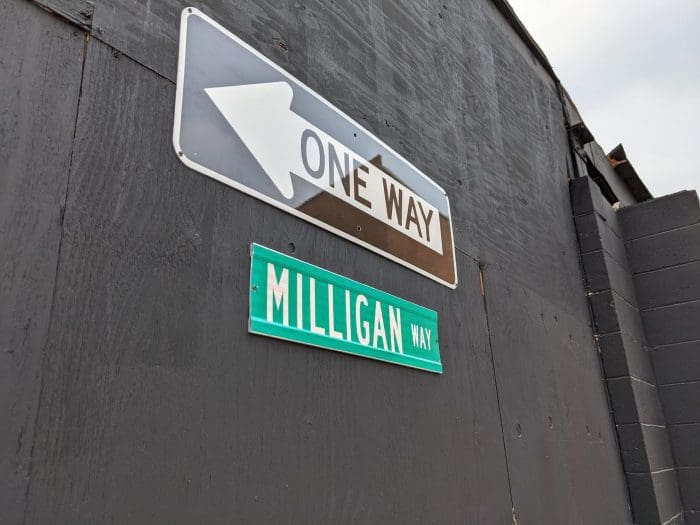 The Building Department did not receive an application for a required demolition permit and had not issued one, Ireland wrote. He quoted Milligan as saying he’d done the work himself and said this is a violation of State Statutes because Milligan doesn’t have a demolition contractor license.

Milligan was given 20 days to abate the violation and told that it might be sent to the State’s Attorney for review for possible criminal prosecution, in light of the nature of the violations and “prior incidents concerning compliance with the State of Connecticut Building Code by other entities to which you are a principal.”

Milligan’s complaint, filed by former Redevelopment Agency Attorney Marc Grenier and Attorney Joseph DaSilva, says Milligan wasn’t told how he could abate the violation. Milligan was denied the due process of a hearing on the matter, the complaint states.

On Jan. 10, in fulfilling the FOI request, Assistant Corporation Counsel Darin Callahan said the matter had been resolved. Asked how it was resolved, he replied, “sufficiently.” He did not reply to a Wednesday email asking if the matter had been referred to the State’s Attorney for possible criminal prosecution.

Milligan did not reply to a Jan. 11 email asking what the status of his latest lawsuit was.

A withdrawal of action was filed Wednesday with the Court. 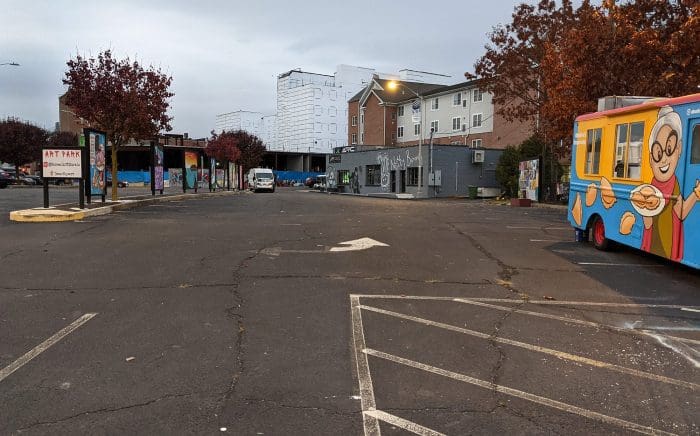 Milligan is said to own about 40 properties in the Wall Street area and has funded multiple murals there. He turned the Leonard Street lot into an “art park,” with paintings facing the parking spaces.

Milligan’s purchase of that lot is being challenged in court, with the City and the Norwalk Redevelopment Agency seeking to overturn the sale.

The plaintiffs cite Milligan’s demolition of 21 Isaacs St. in August 2018 as part of their evidence against him.

In July 2019, Ireland and others said Milligan had conducted an unauthorized demolition at 31-39 Wall St. Workers severed a pipe and flooded the stores on the ground level. City officials called the work unsafe. Milligan also did demolition without a permit at 83 Main St., Ireland said at the time.

Milligan bought 20-26 Isaacs St. on Sept. 2. 2020, for $1.5 million. When much of the building disappeared last July, Ireland said that there had been “No permits nor Intent to Demolish Application filed.” Milligan has said that’s not true.

Milligan had a permit for “demo interior only.” In October, he pointed out that it “says in Bold Letters at the top DEMOLITION PERMIT,” taking issue with the characterization of there being “no permits.”

“I demolished a portion of the building,” he said. “… I pull a lot of permits. I am definitely in the top 1% of # of permits pulled in Norwalk if not the top person. Understandably with the shear {cq} volume of permits I pull there will be some issues. The problem is I have pissed off a number of people by speaking up and speaking out so when I have a small error they blow it up out of proportion. They also give my permits a really hard time in some departments.”

From my perspective, Milligan regulary Promotes himself as the de facto building inspector and zoning committee for the city of Norwalk. It’s hard to imagine that Even the positive things that he contributes, such as the murals, aren’t simply installed to try to sway the public to pressure Norwalk to bend the rules for himself. In law, equitable remedies are not available to those with unclean hands.