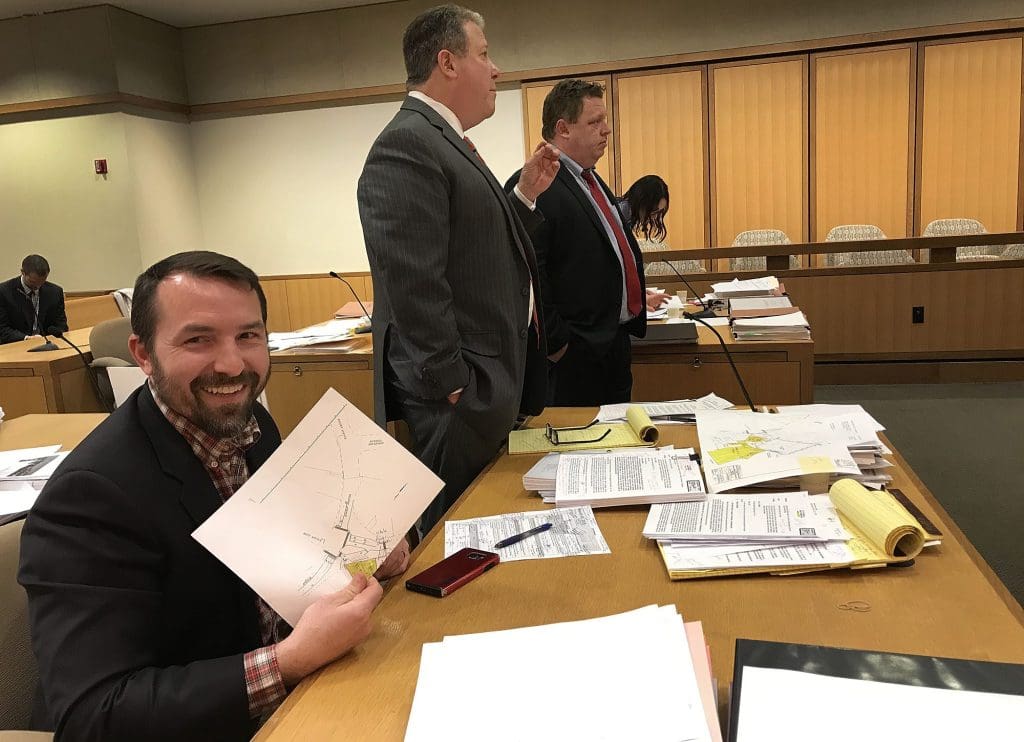 NORWALK, Conn. — The latest chapter in the ongoing legal war over Wall Street area “POKO” properties includes information that a Redevelopment Agency lawyer said shouldn’t have been made public.

Real estate broker Jason Milligan was recently given the opportunity to settle all of his legal actions involving the City and the Norwalk Redevelopment Agency by paying $4.5 million, according to an email included as an exhibit submitted by Milligan’s lawyer, David Rubin. Including that email was “an all-new low” in Milligan “antics” as the parties had agreed it was a confidential settlement discussion, Redevelopment’s lawyer, Daniel Elliot said.

On Aug. 2, Elliot asked Judge Sheila Ozalis to sanction Rubin, fine him an amount equal to the public parties’ attorneys’ fees for the motions. A week later, Elliot and Rubin told Ozalis they’d resolved the issue – Elliot sought to withdraw the request for sanctions. Ozalis held a hearing anyway, “due to the seriousness of the conduct alleged.”

Ozalis on Thursday decided not to issue sanctions. Milligan called that a victory for Rubin, although, again, Elliot no longer wanted sanctions.

“Milligan’s latest attempt to portray this as some type of win is just another example of him continuing to waste time and resources of the public parties. His Attorney filed something that he should not have filed and was ordered to withdraw it, have it sealed and then filed it again without the attachment. We would like to proceed without any more games,” Mayor Harry Rilling said in a statement.

“The motion was in reaction to us revealing the public parties duplicitous behavior and bad faith negotiations. Publicly they blame me and pretend they are willing to work with me. Privately they deliberately subvert any and all efforts to resolve our differences.

“They made a public offer to compromise for $1,936,000 which would have resolved all of their claims. Sometime later we asked them to reiterate & clarify that offer and told them we would make every attempt gather that amount of money. Instead of reiterating they raised the price to settle to a ridiculous $4.5 million. Then they tried to keep that offer secret. It should be revealed.” 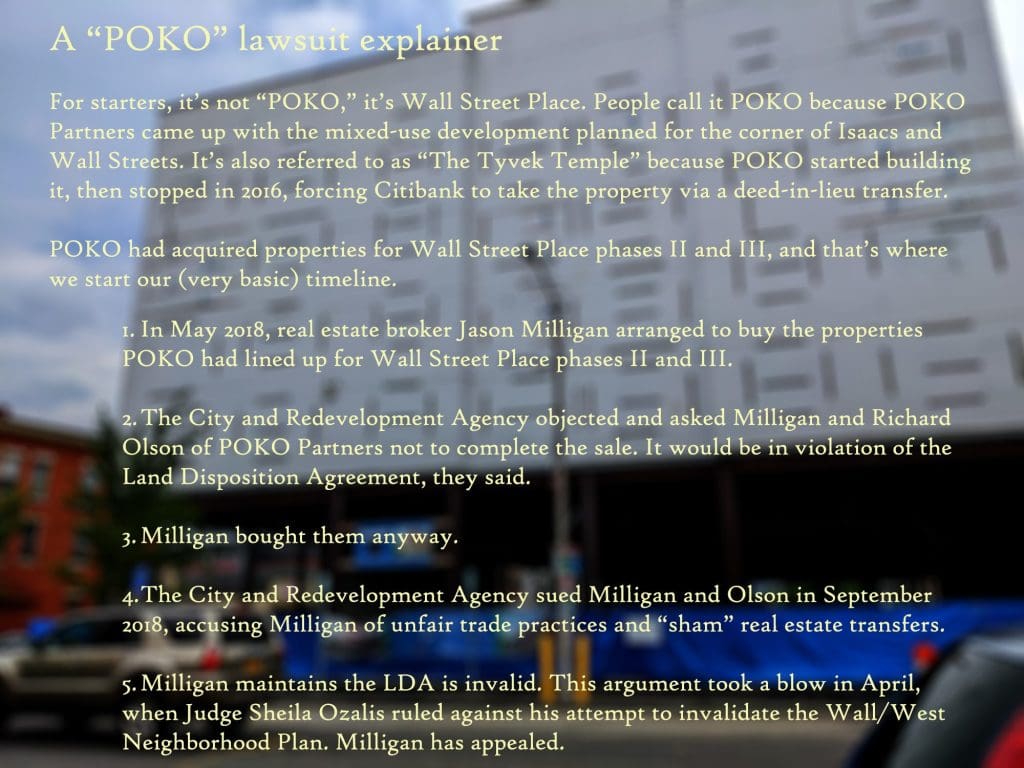 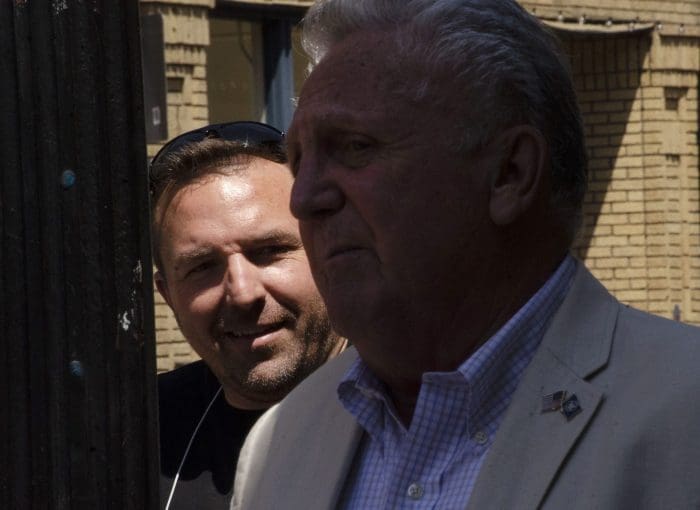 The offer to settle the case for $1.9 million came in March 2020. At the time, Milligan mocked the offer and the City for making it; Rilling said that no one expected Milligan to go for it. The offer was made just before a legal timing benchmark that establishes a financial consequence for Milligan: should the court rule against him, he will be charged 8% interest on that proposed settlement sum in addition to whatever penalties are imposed.

Rubin, in a legal brief filed after Ozalis declined to cancel the hearing on sanctions, said the public parties have since offered to settle the claims against all the defendants for an “aggregate amount of $2,985,000,” meaning the sum total of what the defendants would pay. He also complains that the settlement amount increased after Milligan turned down the March 2020 benchmark offer.

Milligan has lost some key battles since that offer in compromise. In particular, Ozalis, presiding over a related case, in April ruled against Milligan’s attempt to invalidate the Wall/West Neighborhood redevelopment plan. Milligan has appealed the ruling but if it stands, it undermines his defense in the POKO lawsuit that the LDA is invalid.

Milligan sought a new settlement offer in April and was willing to pay more than $1.9 million, Rubin states in his document. Rubin told Elliot that Milligan wouldn’t keep the offer secret forever because he felt the public parties hadn’t acted in good faith in previous discussions and he thought the public should know. Milligan agreed to confidentiality for three weeks.

After the offer was made, Rubin told Elliot that Milligan was outraged and counting down the minutes until he could tell everyone about it as an example of bad faith, Rubin wrote. 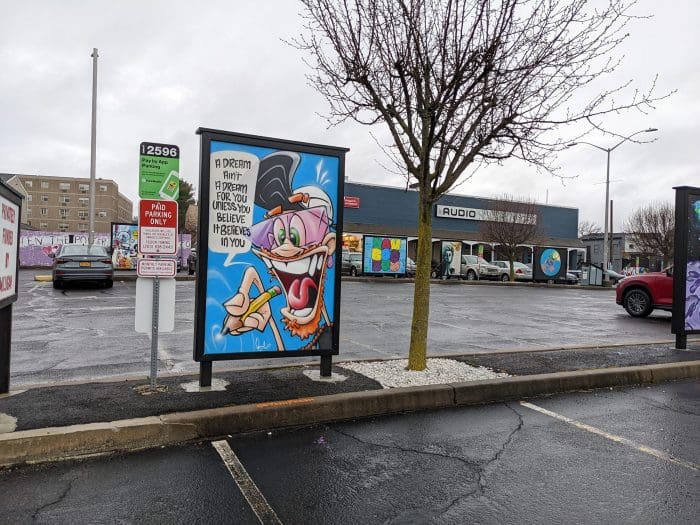 At issue in the lawsuit is the former Leonard Street municipal lot, sold to POKO for a dollar and conditions that included POKO building over the lot and providing parking for the public. The Land Disposition Agreement (LDA) called for 100 parking spaces, commonly valued at $22,000 each.

The public parties seek to reverse Milligan’s purchase of the lot from Richard Olson of POKO Partners. Milligan valued it at $3.2 million when he filed purchase documents in the town clerk’s office in May 2018.

Milligan has argued that such a reversal would be ridiculous, as POKO doesn’t have the ability to redevelop the properties given the death of its principal, Ken Olson, and its financial decline since then. The public parties in a recent legal document called this irrelevant. Once the property is back in Richard Olson’s possession, the public parties will be able to choose a qualified redeveloper for him to sell it to, as outlined in the governing Land Disposition Agreement (LDA), the public parties said. 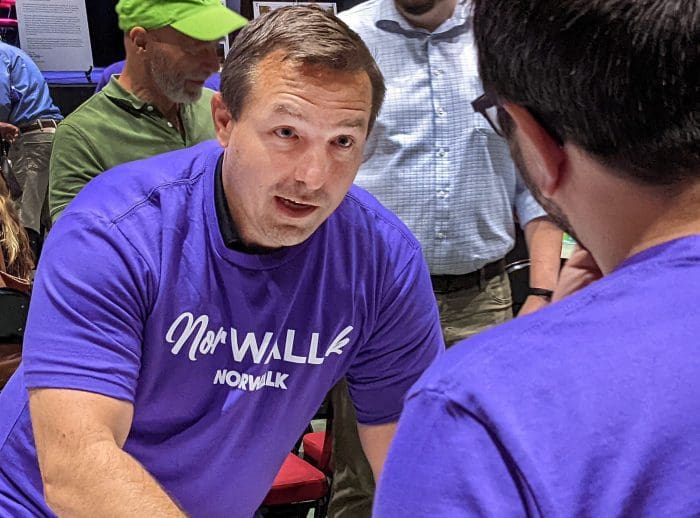 According to Elliot’s Aug. 2 legal filing, Milligan and Rubin revealed the confidential email, marked “for settlement purposes,” for “no reason other than to hector, harass, and taunt the City and the Agency as part of Mr. Milligan’s relentless public relations campaign to curry public favor, and portray himself as the allegedly ‘reasonable’ party in this ongoing saga.”

A court-ordered mediation session is scheduled for Oct. 2, Elliot stated.

“In many ways, Mr. Milligan’s conduct in publicly releasing this settlement communication mirrors his misbehavior in illegally acquiring the properties subject to this lawsuit; Mr. Milligan appears to delight in taking actions that he fully knows to be improper, pushing all envelopes and boundaries, daring others to ‘do something about it,’ and seeing just how much he can get away with. The Court should exercise its inherent authority to show Mr. Milligan that there will be consequences and repercussions for such misbehavior,” Elliot stated.

Ordering “narrowly-tailored” sanctions of legal fees for the City’s trouble in the release of the settlement offer would “have a deterrent effect on further misconduct,” Elliot stated. He also requested that the document be sealed.

Rubin’s reply notes that he would face professional repercussions should he be sanctioned. Again, he stated that Milligan had never agreed to keep the settlement offer confidential. It was in his legal filing to support his argument that the case should go to a jury trial, a request that the public parties object to.

In an email to NancyOnNorwalk after Ozalis declined to sanction him, Rubin stated, “This was all about Mr. Milligan’s constitutional right to a jury trial which the public parties were seeking to undermine through a frivolous argument.  This is a motion that never should have been filed. The attorney that filed it on behalf of the redevelopment agency wanted to withdraw it and told the judge today that he was not seeking the imposition of any sanctions. I am pleased that the court vindicated my position and promptly denied the motion for sanctions from the bench.”

The City, in a statement issued by Norwalk Director of Communications Michelle Woods Matthews, said:

“On July 27, 2022, the Milligan Defendants publicly filed a brief with the Court and attached a detailed confidential settlement proposal from the public parties as an exhibit. This action was highly inappropriate, and caused the public parties to file a Motion to Seal and Motion for Sanctions. The Court, upon seeing the motions, immediately ordered Mr. Milligan’s attorneys to appear at a hearing to explain why the settlement proposal was disclosed.

“Mr. Milligan’s attorney, David Rubin, contacted counsel for the Redevelopment Agency and requested that the Motion for Sanctions be withdrawn. Attorney Rubin also proposed that if the public parties agreed to withdraw the motion, he would consent to the Motion to Seal and re-file the brief without any mention of the settlement proposal. As a professional courtesy to Attorney Rubin, the public parties agreed to his request.

“When the parties’ agreement was presented to the Court, the Court found that Mr. Milligan should have already been doing all the things that his attorney proposed regardless of whether the public parties withdrew their Motion for Sanctions. During the hearing, the Court expressed its concern that the Milligan Defendants had publicly filed the confidential settlement proposal. While the Court declined to issue sanctions, it formally ordered the Milligan Defendants to immediately withdraw their brief, and re-file it without any mention of settlement proposals.

“Attorney Rubin issued a public statement that ‘the Court vindicated my position and promptly denied the motion for sanctions from the bench.’ His attempt to spin what happened at the hearing could not be further from the truth. A review of the Court’s Orders shows that it never vindicated his position or his actions which led to the filing of the Motion for Sanctions. To the contrary, during the hearing the Court admonished the Milligan Parties that it expects that what they did to prompt the filing of the Motion for Sanctions should never happen again in this case.”

“As a matter of law one party stating something is confidential does not make it so. They didn’t realize I had written that email when they filed the motion for sanctions That’s why they wanted to withdraw it,” Rubin wrote Tuesday. “The settlement offer simply is not confidential and thus the basis of their motion was misguided. The court was concerned that she would be tainted as judge by reviewing it, not because it was confidential, but because she was concerned a party could move to disqualify her as judge if she read it.”

Ozalis wanted to confirm his intent in filing the email and was satisfied,” Rubin said. “Both Jason and I can scream that settlement offer at the top of our lungs to anyone who will listen.”