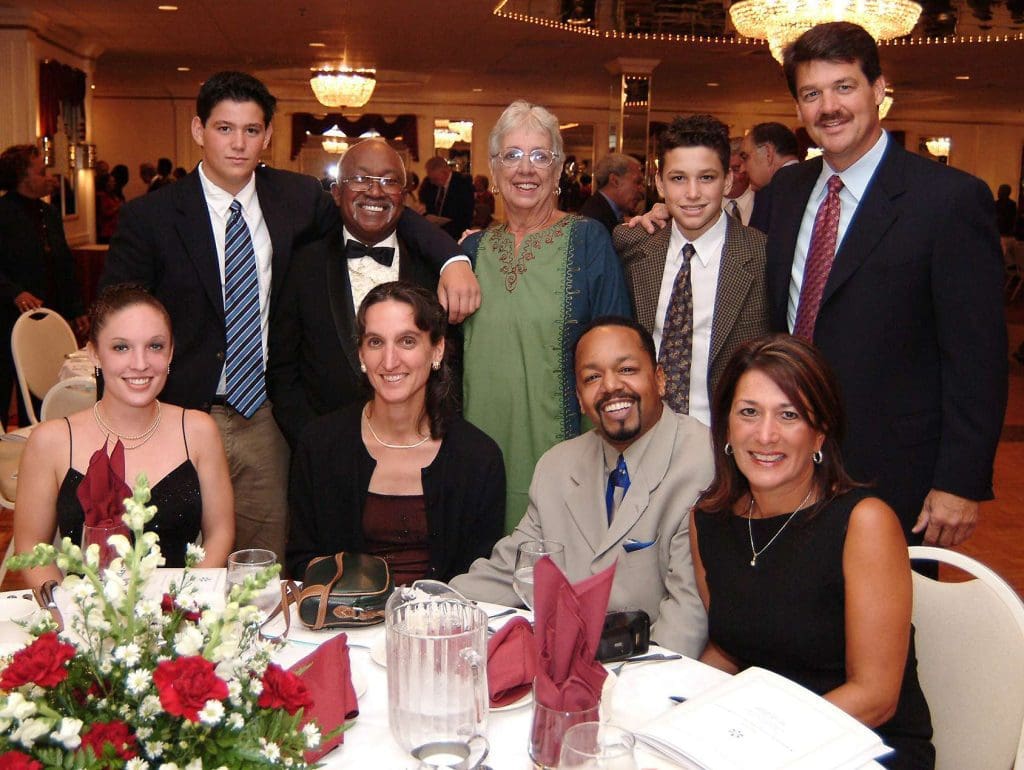 The Burgess family in 2003. Bobby and Mimi Burgess are standing in the back row. (Harold F. Cobin) 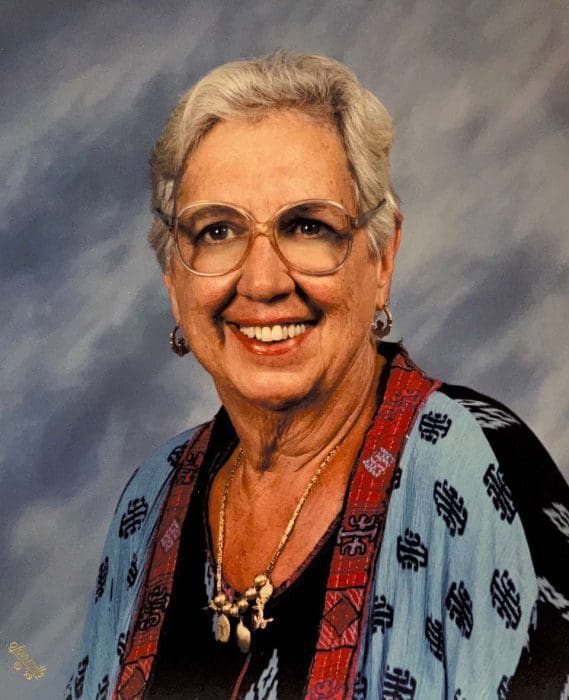 NORWALK, Conn. — Longtime South Norwalk mover and shaker Mary Elizabeth “Mimi” Burgess died Jan. 5 at age 87.  Born on May 4, 1935, the native Norwalker was the only child of the late Betty and William Ryan.

Married to fellow Democratic District B influencer Bobby Burgess for 55 years, Mimi served on numerous Boards and Commissions in her heyday.  The Burgess couple “became widely known for their significant service and leadership to the Norwalk Community and the State of Connecticut,” her obituary states.

She “worked so hard on behalf of the citizens of Norwalk for many, many years,” Mayor Harry Rilling said.

“She was a very special person. In many ways at the heart and soul of the South Norwalk community,” said Nate Yordon, son of the late Rev. Henry K. Yordon, who her obituary described as one of the “rabble rousers” she counted as friends,  along with the Rev. John P. Ball and Mary T. “Bea” Brown.

Lynne Moore characterized the group as “core civil rights leaders.” She called Mimi “a beautiful person” who “was a long-standing Democrat, but was caring and always fought for the well-being of others.”

“I loved her wit and her uncanny way of analyzing a political matter and getting right to the root causes,” Moore said. “I loved Mimi’s hospitality those times that I visited her at home. Mimi will be greatly missed.”

“A member of the First Congregational Church on the Green, Mimi believed in interracial justice, civil rights, furthering the cause of democracy and loving her neighbors fully, which led her to be actively involved in making a difference in the lives of her community members in so many ways,” her obituary states.

It lists the positions she held:

“Mimi was a long-standing Democrat, but she was caring and always fought for the well-being of others. I loved her wit and her uncanny way of analyzing a political matter and getting right to the root causes,” Moore said. “I loved Mimi’s hospitality those times that I visited her at home. Mimi will be greatly missed.”

“Mimi was a force of nature for decades in Norwalk politics who should be remembered for always using her leadership and citywide influence to promote social justice in our city, especially on behalf of children in educational programs like Head Start and children’s reading opportunities at the Norwalk library. My family’s relationship with Mimi was always very special to me because in that earlier era we could tightly blend working together on social causes and Democratic politics along with sharing barbecued ribs and a swim in her backyard or when she and Bob let us rent their condo in Newport for a much-appreciated family vacation after an election campaign.

“Mimi played a major role in organizing the NEON Annual Dinner — sponsored by the Norwalk Economic Opportunity Now, Norwalk’s then-existing anti-poverty agency — and she made it one of the unforgettable highlights of the city’s political calendar and an event with a statewide reputation that couldn’t be missed. Her support for my election campaigns for state rep and for mayor were invaluable. She was an energetic advocate as an elected commissioner for her constituents in the Second Taxing District.

“On a very personal note, I was always very touched at how she took a special interest in asking how my daughter was doing as a Head Start teacher in Norwalk. We always appreciated how she eagerly and proudly kept us informed about how her children and their families were doing. The welfare of her family was always uppermost in Mimi’s mind.

“Even after Mimi began to experience more severe physical disabilities, I admired how she summoned the energy to go out into the community to follow her love of music. The last time I saw her was when she came in her wheelchair with Bob to a recent concert at the Norwalk Library and as president of the Library Board, I introduced her to the audience as a special guest and a great supporter of the library. Mimi truly was an amazing and unforgettable person.” 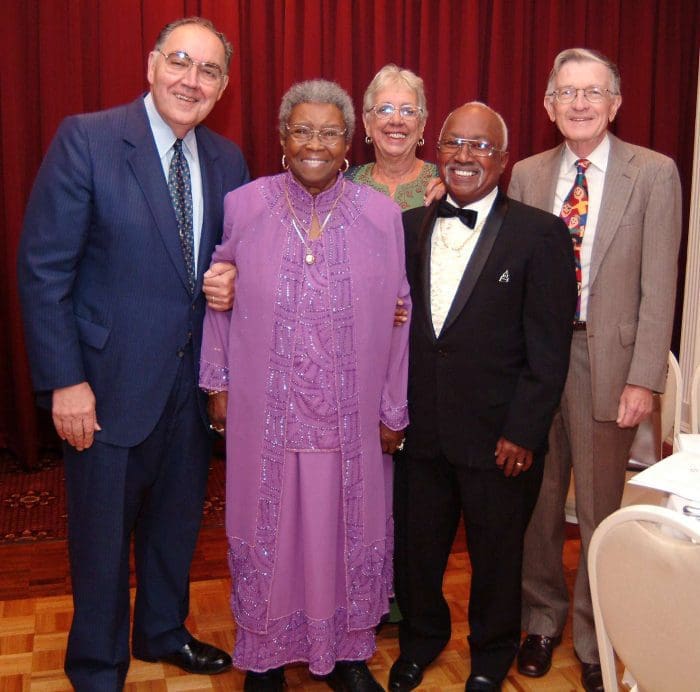 “Mimi was an avid reader and a whiz with numbers as evidenced by her profession as a bookkeeper/accountant,” her obituary states “… Mimi will be remembered by her family and friends as a fun-loving, warm-hearted, sophisticated, and caring woman – highly intelligent, full of integrity, socially conscious, and utterly proud of her children.  Above all, Mimi was a passionate advocate for fairness, justice and equality for all, a gift that she passed along to her children and those who she adopted into her family.”

Her family will receive friends at 10 a.m. Friday Jan. 20 at the First Congregational Church on the Green, located at 3 Lewis St. Her funeral will then be held at 11 a.m.; interment will follow at St. John’s Cemetery.

In lieu of flowers, contributions may be made to First Congregational Church – Rev. Henry K. Yordon Justice Fund in her name.

Mimi was a friend to so many including us, and will be sorely missed. In her later years she was considered the “Sage of SoNo.” Sometimes it seemed she knew practically everyone in town on both sides of the aisle back to when Eisenhower was president, and she loved to tell stories from all her past experiences.

Norwalk and South Norwalk in particular are much better places now following her decades of dedicated service to our community, along with her surviving husband Bobby. Both are credited with helping save historic SoNo from the wrecking ball, along with the late great Bill Collins who passed last year. One could even say the current revitalized SoNo is part of Mimi’s enduring legacy.

Our deepest condolences to Bobby and their entire family.

Bobby and family our prayers are with y’all, as you celebrate this beautiful woman heading home to glory!
Love ❤️ and will miss y’all!! Sonnie and Vicci Garrick from Rhode Island.

Mimi was a neighbor and a special friend for many years. She also served as a Justice of the Peace and performed a marriage ceremony for me and my husband. Mimi always liked to remind us the couples for whom she performed the marriage ceremony never got divorced. Always happy to welcome a neighbor into her home with a smile and witty dry humor which I especially appeciated.