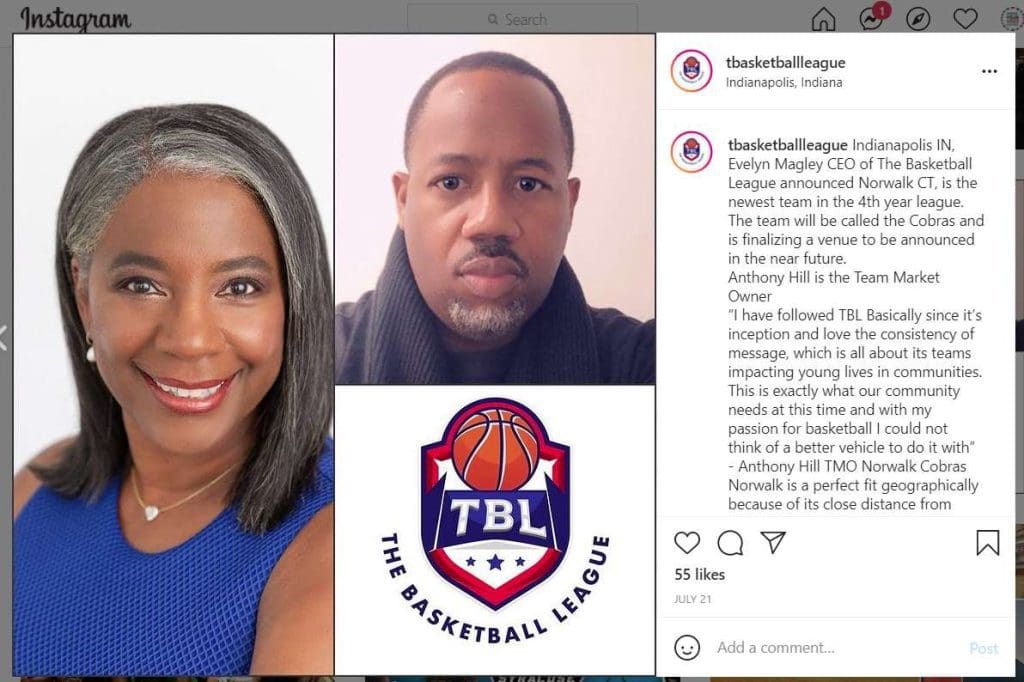 The Basketball League, based in Indianapolis, Indiana, announced July 21 that Norwalk will be home to the Cobras, the newest team in its 3-year-old men’s league. The league is “finalizing a venue to be announced in the near future. Anthony Hill is the Team Market Owner.”

Norwalk Director of Business Development & Tourism Sabrina Church said Thursday that she had reached out to the league Thursday morning but not heard anything back yet and had no information.

The Basketball League debuted in 2018 as North America Premier Basketball, with eight teams.  In January, the New York Times referred to it as a “fledgling circuit for journeymen and dreamers whose part-time salaries range from about $1,500 to $4,000 a month.”

The annual operating budget for the league’s teams ranges from about $125,000 to $250,000, and league president David Magley hopes to eventually have 64 franchises across North America, the Times reports.

The league, which plays from January through April, said it had 29 teams this year and expects 16 to join for 2022. A map posted on Wikipedia includes Norwalk but there’s no link to find further information.

“Norwalk is a perfect fit geographically because of its close distance from multiple existing markets, Boston, Albany & Newark/New York,” the league said in its Facebook post.

“Having a team that is close to others but is a stand alone market is key. We are confident that Anthony & his group understand our values and will bring a dynamic partner to this vital market place,” league CEO Evelyn Magley is quoted as saying.

Hill was a basketball coach for Wilbur Cross for four seasons, resigning in 2012.

“I have followed TBL Basically since it’s inception and love the consistency of message, which is all about its teams impacting young lives in communities,” Hill is quoted as saying. “This is exactly what our community needs at this time and with my passion for basketball I could not think of a better vehicle to do it with.”

It’s been a tough time to grow a basketball league and Magley’s hoped-for expansion has hit some speed bumps. Albany’s Patroons opted out last year due to the pandemic, as did an Oregon team, an Indiana team and a California team.

TBL had 10 teams in 2019 but five did not return, and seven new teams were added, oursportscentral reported. Rochester, N.Y. had a team but that’s based in Jersey City now as the Tri-State Admirals.

Also promised for 2022 are the Atlantic City Gambits and the Reading (Penn.) Rebels.

“TBL provides basketball players the opportunity to make a living playing the game they love in America with a focus on community and positively impacting lives through school visits and clinics that focus on more than just basketball,” the league says on its website.

Magley is quoted in a May WILX10 story as saying, “These players in the basketball league are typically from the communities in which they’re playing. They’re not just signing the shoe, they’re going to the school to support people, they’re giving youth clinics, they’re working in the homeless shelters and nonprofit organizations. They’re literally being ambassadors in the communities in which they live.” 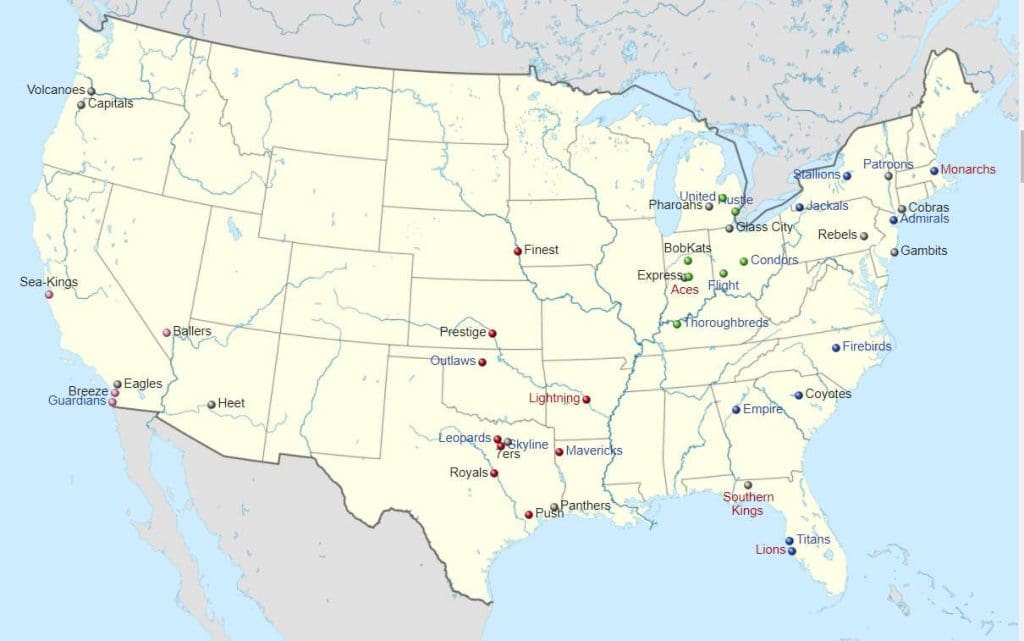 Thank you so much for the coverage. I am a proud Norwalk guy but I hope that the entire state of Connecticut gets behind this team because it is truly about representing all of us. Honored and humbled

This sounds fun. I hope Norwalk can find a great venue for them.

Lets hope Norwalk lets them use one of the high schools to play in. Not Franklin!