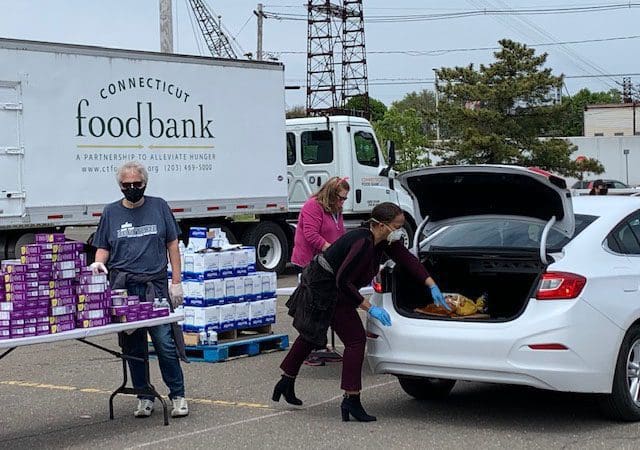 NORWALK, Conn. — Under blue skies and warm temperatures, staffers and volunteers on behalf of the Connecticut Food Bank distributed nearly 39 tons of food to an expected 2,000 cars at Veteran’s Park on Thursday.

Cars  lined up well before the scheduled 10 a.m. opening, and continued to snake through the park, bumper-to-bumper, until things closed up at 1:30 pm. Police officers and volunteers directed traffic and instructed drivers to pop open their trunks as they passed through the “pantry” while volunteers tossed various foods into the car. The menu was varied, with everything from fresh produce to chili, yogurt, energy drinks and even Girl Scout cookies. There was enough food for an estimated 61,000 meals. 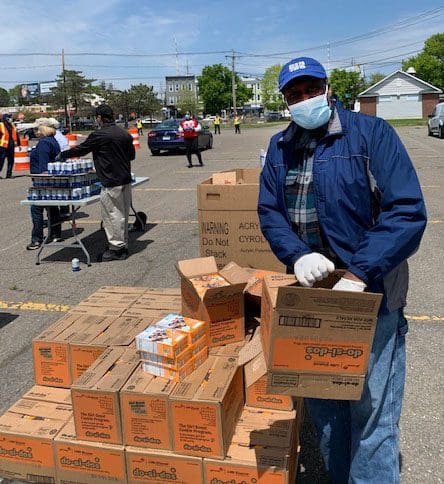 When COVID-19 hit and social distancing became the norm, the Food Bank had to re-think how it was going to get food to those in need, explained Paul Shipman, Senior Director of Marketing Communication and Government Relations. “In the old days, our mobile pantries had more of a farmer’s market feel,” he said. “The Food Bank truck would roll up, catering tables would be put out with fruits, vegetables and dairy, and folks would walk around the truck and select what they’d want.”

With the need for social distancing, however, the concept of drive-through delivery evolved. And while the new model allows for less choice for the individual, it’s actually quite efficient, he noted. At the same time, people are less visible which, in many situations like this, is what they might prefer.

The pantry was not limited to Norwalk residents, and cars came from all over the state. The Food Bank covers six of the eight counties in Connecticut, and reaches 71 percent of the state’s population. Last year it distributed enough food to prepare 22.5 million meals to Connecticut residents in need.

“We served 1743 vehicles and we estimate perhaps 200 requested food for multiple households. So we think we are near 2000 households served,” Shipman said.

According to current estimates, as many as 187,000 Connecticut residents could be pushed into food insecurity due to the COVID-19 pandemic.

For information on how to help, visit http://www.ctfoodbank.org/volunteer-with-connecticut-food-bank/ 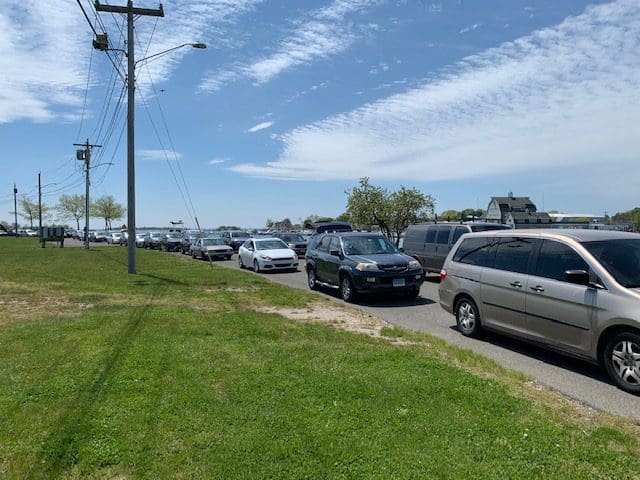 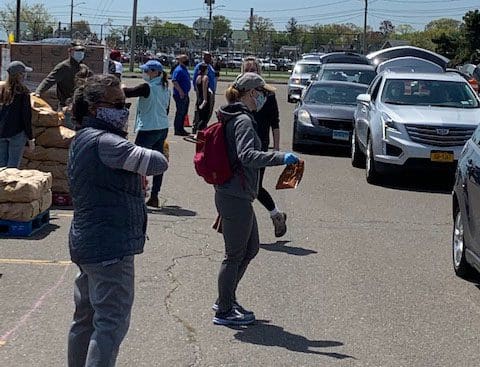 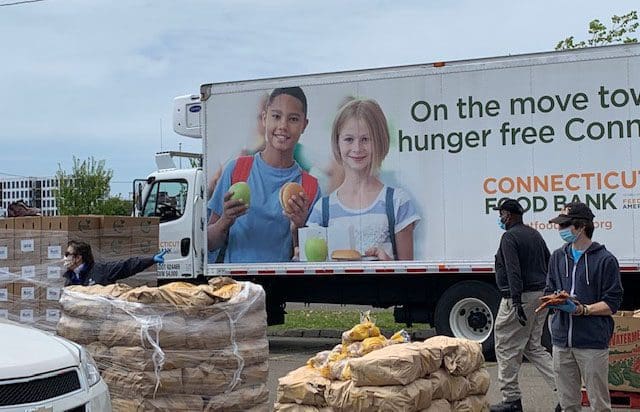 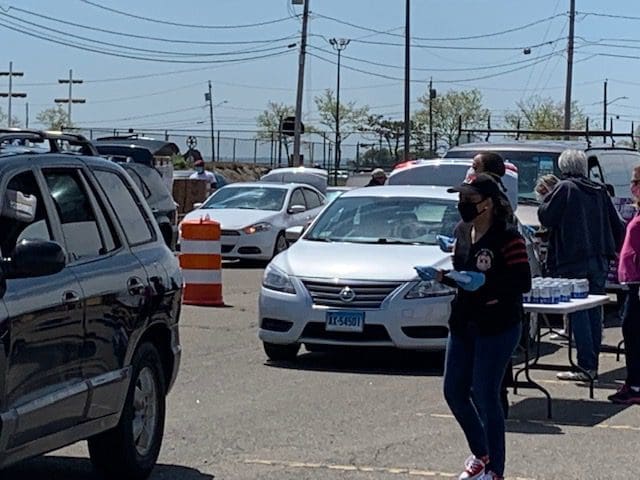 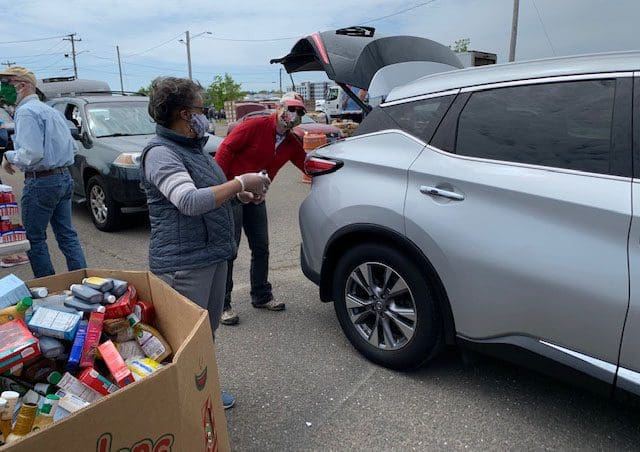 Just want to know how my family can help by volunteering, donating food or money.

@Cherise – there’s info in how to help/donate at the food bank website http://www.ctfoodbank.org