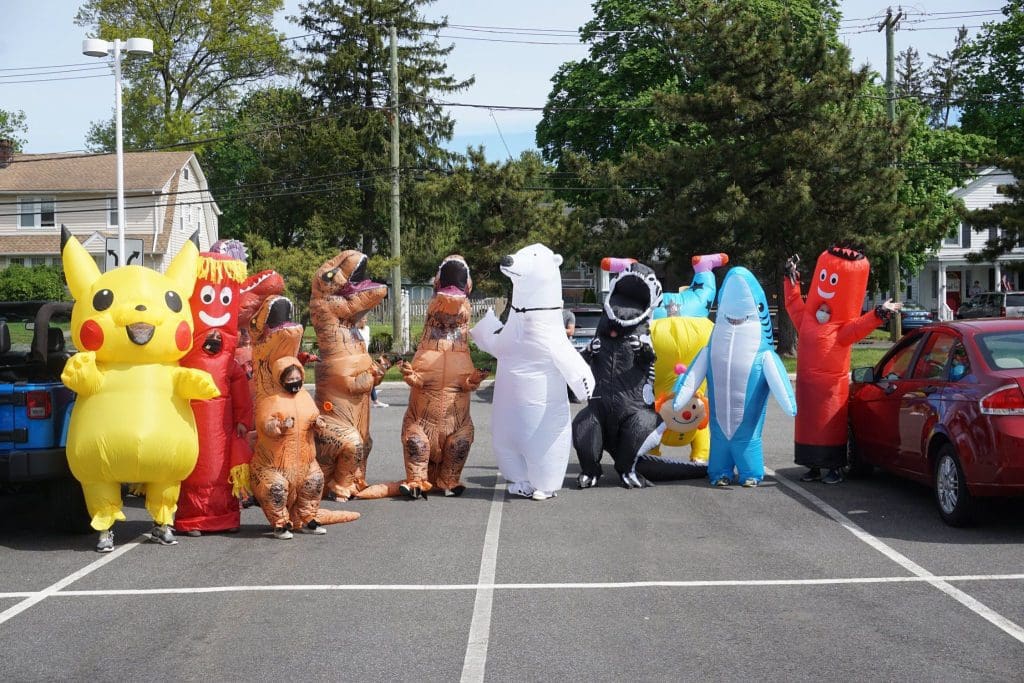 McQuaid’s Facebook feed features photos and videos of the parade, posted by Jim Amato. You’ll also find references to a near miss – a driver hit the brakes and avoided a minor fender bender – and a comment from parade admirer who called the parade “amazing.” 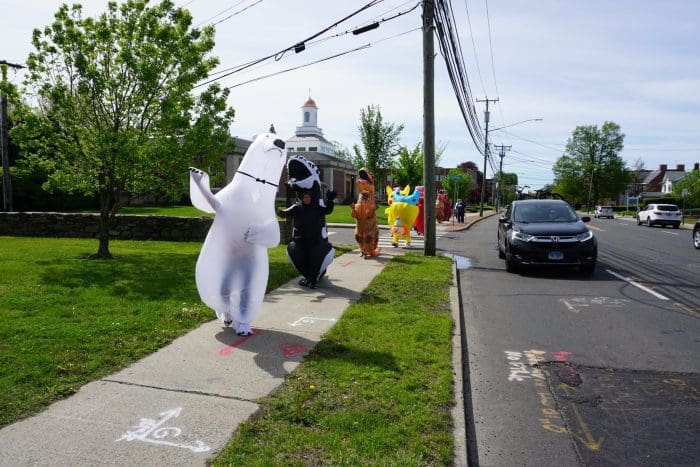 “Our little bit of ‘Thank You’ to all of those making our Village better and safe,” McQuaid wrote. “Just clowning around with some great friends…we’ve got this…”

“Thank you to everyone who participated you put a lot of smiles on people’s faces keep up the great work,” Allan Raymond wrote.

“I think I’ll go for a walk outside now
“The summer sun’s callin’ my name
“(I hear ya now)
“I just can’t stay inside all day
“I’ve gotta get out, get me some of those rays”

“Jim Amato has worked his magic once again,” Jennifer Giannino wrote on the video post, lauding the choice of music, which also included “Walking on Sunshine.” She also named participants:

“We are the Flash Mob Inflatables and just appear to spread some cheer!” Giannino wrote on NancyOnNorwalk’s first post about the parade, a photo submitted by Fernando Ulloa, Jr.

The group met at City Hall, went north and returned.

“I’m super glad no one was behind me when I hit the brakes,” she wrote. “I was on the phone with my mom and started screaming all the character names. … I hope they do it again.”

McQuaid said the group might do that. Some things are in the works but aren’t finalized yet. 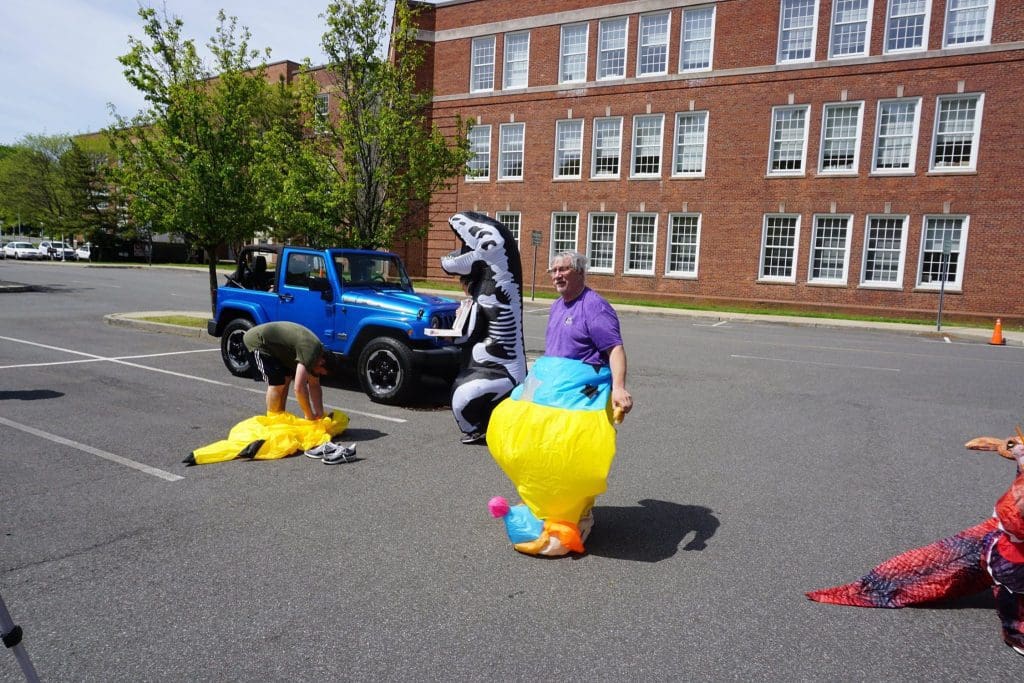 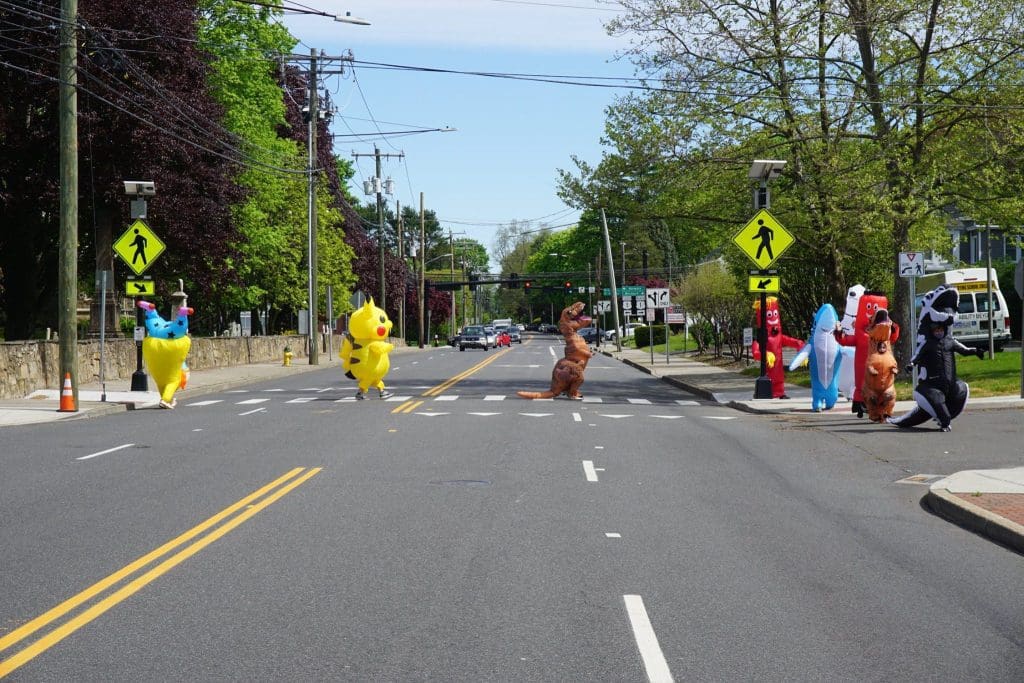 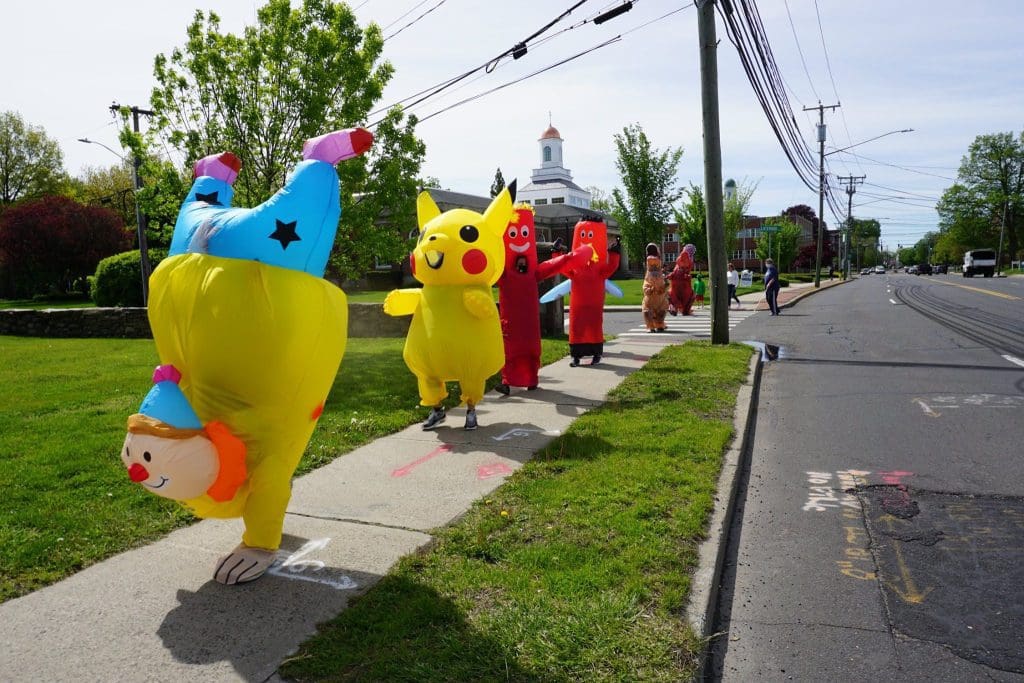 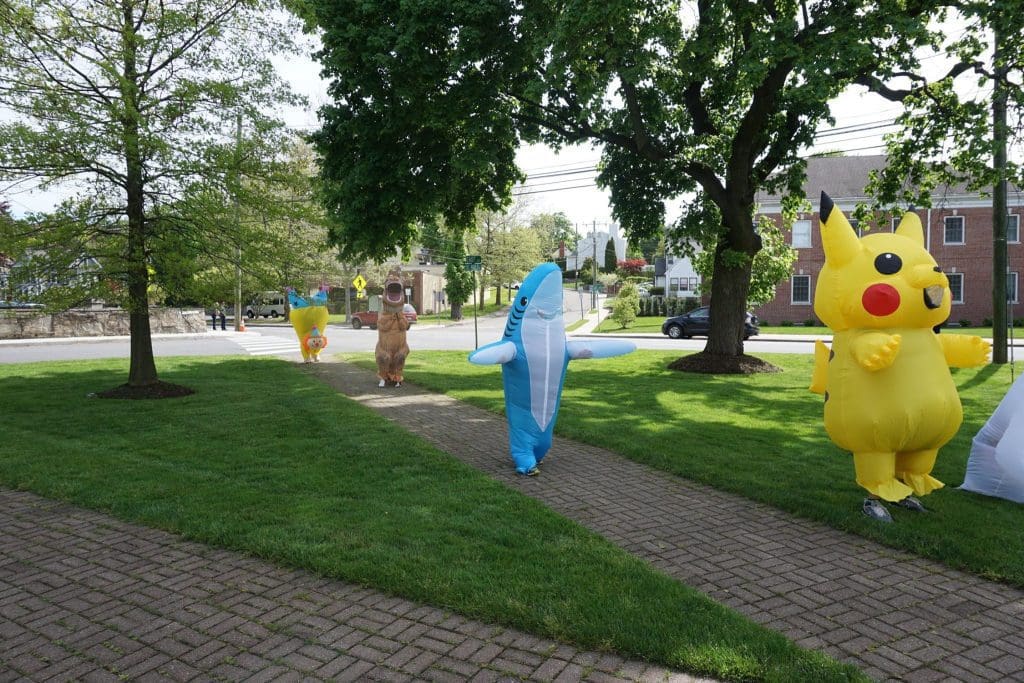 Wonderful ! Everyone Loves a Parade ! Such tremendous spirit & welcome levity helps off-set the difficulty and suffering of so many fellow Norwalkers with the Covid Crisis / Quarantine. Welcome to the Norwalk Green Historic District – Thank You for using the newly installed Crosswalks on East Ave & Park Street – Walkable Neighborhoods Attract People & Commerce !

OMG – this is awesome! I want to play!

I can not take credit Jen and Marty are the masterminds of fun!!
What a great group that invited me to clown around with them.
Jim Amato photos, music and video were icing on cake.
All for smiles and Thank you to front liners for all they do, don’t forget the worker bees who take care of them!
Peace, love and laughs to all.
We will be back….