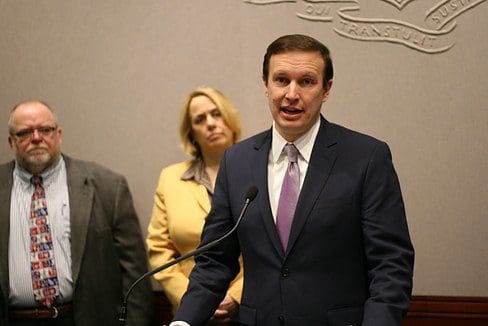 HARTFORD, Conn. – U.S. Sen. Chris Murphy said Monday he will try again this year to pass legislation forcing the U.S. Defense Department to consider a project’s impact on American jobs when it awards contracts to manufacturers.

Murphy said he will introduce the bill on Tuesday, the first day of the recently-elected 114th Congress.

“We should be using American taxpayer dollars to create jobs here in America rather than using them to create jobs overseas,” Murphy said at a press conference in Hartford.

Bravo, Senator Murphy!
That this bill didn’t pass the first time is an indication of how beholden many of our legislators are to multinational corporations.