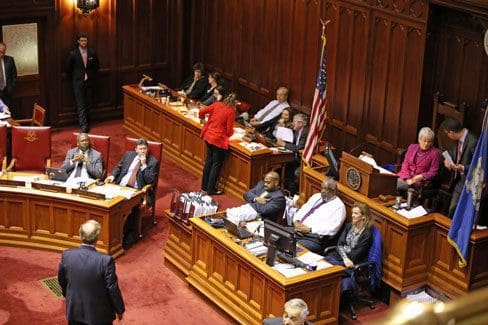 HARTFORD, Conn. – While most political pundit’s eyes are focused on the hotly contested presidential election between frontrunners Hillary Clinton and Donald Trump, the race for Senate and House seats in Connecticut is garnering its share of national attention.

GOVERNING magazine says the Senate races are a projected “toss-up’’ as to whether the Republicans or Democrats will control the majority. Currently the Democrats hold a 21-15 advantage in seats held.

In the House, the Democrats currently hold an 87-64 advantage over the GOP, but the magazine says while the House is “leaning’’ Democratic, “a 12-seat loss for the Democrats is not out of the question, and that would be enough to flip control to the GOP.’’