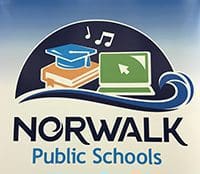 A statement from the Norwalk Board of Education.

The Norwalk Board of Education is proud to recognize November as National Native American Heritage Month. National Native American Heritage Month is a time to celebrate the rich and diverse cultures, traditions and histories of indigenous or First Nation people. It is also an opportunity to raise awareness about the unique challenges they have faced.

Norwalk Public Schools has invited Anne Jennison, a traditional Native American storyteller, to speak with students in grades 3-12 during a live webinar Nov. 29. Jennison has both European and Abenaki heritage. Her storytelling skills have been polished by more than 30 years of experience sharing Indigenous lesson stories with audiences of all kinds.

With Master degrees in both Storytelling and History, Anne also brings a wealth of cultural and historical knowledge to enrich her retelling of timeless Northeast Woodlands Native American stories. Anne is listed on the New Hampshire Traditional Artists Roster as a traditional Abenaki storyteller & craftsperson.

Early on, it was believed that the name Norwalk came from “north walk” – a day’s walk to the northern edge of the land purchased from the Native Americans. According to the Norwalk Historical Society, maps from the 17th Century show reference to the Marimakes, Indigenous People who lived in the area, and labeled the area as “Norwalke,” meaning point of land. At the time of English settlement, it is thought that there were between 200 and 300 Indigenous People living in the area.

On February 26, 1640, Roger Ludlow entered into a treaty with Chief Mahackemo of the small Norwalk tribe of Siwanoy and purchased “all lands lying between the Saugatuck and Norwalk rivers, to the middle of said rivers, and from the sea, a day’s walk into the country.” In subsequent years, many Indigenous People became enslaved, indentured servants or were forced to move from the area.

By declaring this National Native American Heritage Month, the Board of Education encourages our community to learn about and honor the history and culture of Native Americans here in Norwalk and across the country, as well as Alaska Natives and Native Hawaiians.

This is encouraging, and I only wish that back in the day they would’ve incorporated much of this native American history into our elementary school education to really learn the full history of our town. We also support the full evaluation and consideration of reparations for any and all Native Americans, who experienced unjust loss of their land.. I do consider them Asiatic pilgrims, who were here first.😇🦃🇺🇸🌎🙏🏼