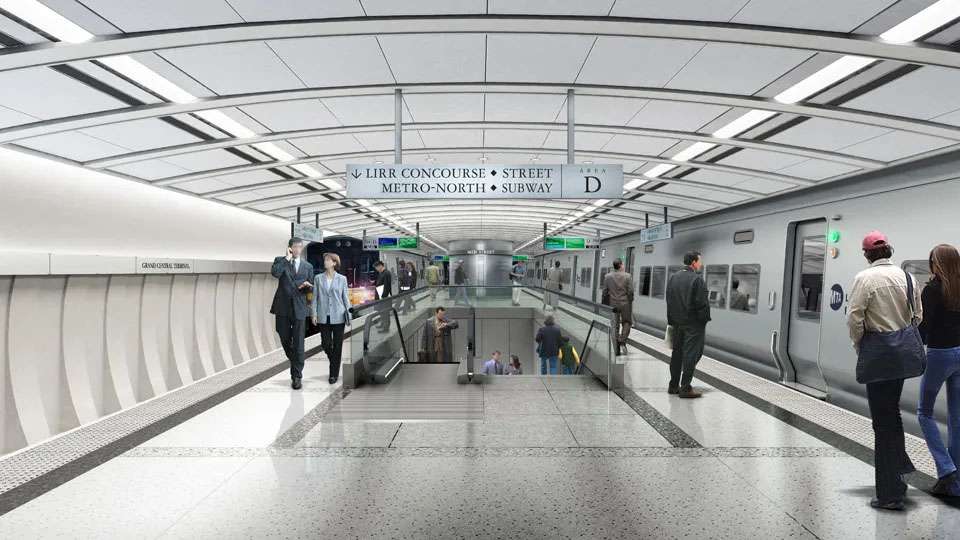 First conceived in the 1950s, this new station was built 14 stories underground, deep in Manhattan bedrock. It connects with new tunnels bored beneath Park Avenue connecting to a double-deck tunnel at 63rd street (built in the 70s) traveling under the East River and emerging in the Sunnyside rail yards in Queens.

I toured the construction site a decade ago, wading through the mud and muck, in a scene that almost defies description: four huge circular tunnels, two on top of two, emerged from a wall of solid stone into what would become the new station. It looked like a scene out of a James Bond movie.

The “East Side Access” project ballooned in cost from an initial $3.5 billion to over $11 billion. It was supposed to be completed by 2010 but… well, you know how these things go.

When it’s up and running (hopefully by the end of the year), this new 350,000-square-foot subterranean station will serve 162,000 Long Island Railroad passengers each day carried on 24 trains each hour, 20 hours a day. Some Long Island commuters will reportedly save 40 minutes commuting time, not on the LIRR but by being closer to their jobs in the Grand Central area, saving the cross-town trek.

Nice, you say. But what’s in it for Connecticut riders of Metro-North?

Well, more crowding on the already crowded Lexington Avenue subway, for one. But this new station will also mean some New Haven line trains will be able to terminate, not at Grand Central, but Penn Station. 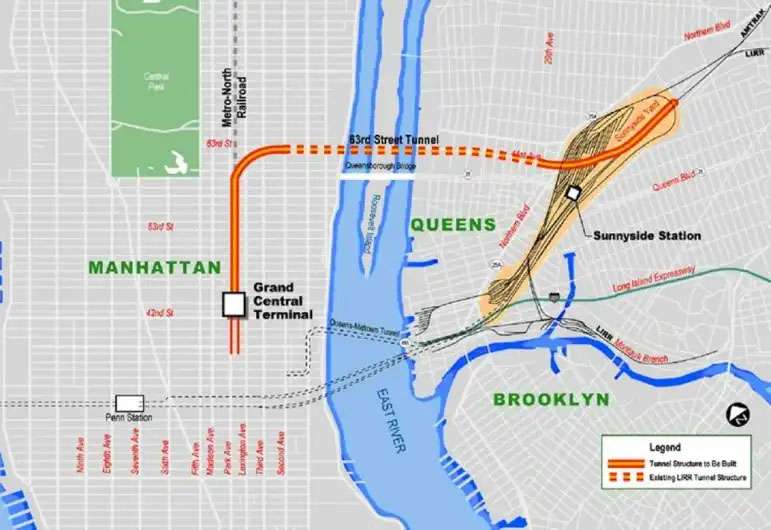 The route of the new tunnel. (MTA graphic)

Penn Station is maxed out for trains… Amtrak, NJ Transit and the LIRR. But now that many of those LIRR trains will end up at Grand Central, that leaves room for some Metro-North New Haven line trains to go to the west side.

Connecticut trains heading to New York City either hang a right turn at New Rochelle to go to Grand Central or can now go straight, just as Amtrak does, continuing over the Hell Gate Bridge into Queens and then under the East River to Penn Station.

And on that new route they’ll soon service four new train stations in The Bronx within one mile of a half-million transit-starved residents. Again, nice for them, but what’s in it for us? I mean, who wants to go to The Bronx?

The better question is… might not those Bronx residents want to look for work in Connecticut? Yes, indeed they undoubtedly will. And they’ll get there not by clogging I-95, but by catching a train.

PS: Remember Gov. Ned Lamont and the Connecticut Department of Transportation’s promise to cut Metro-North commuting times to NYC? This is how they’re going to do it… because New Haven line trains running to Penn Station can actually get there faster than going to Grand Central, not by much, but enough to say “we did it.”

Yes, it’s years late and billions over budget, but this “new” Grand Central and its consequent changes to the region’s commuting patterns will make history. 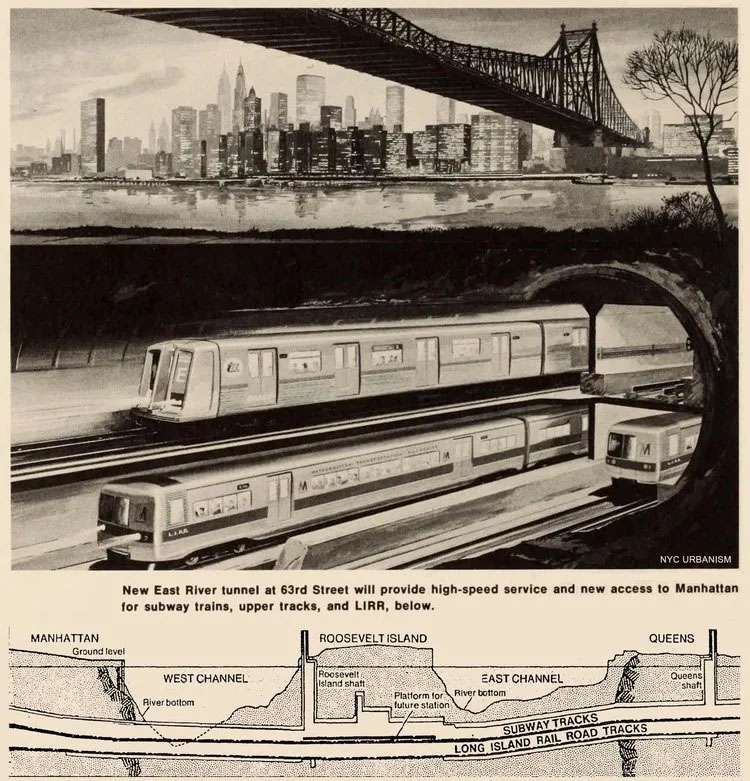 Maybe an accurate headline for “commuters”, but let’s hail this project for what it is. A Godsend.

Quick access to LIRR for us is massive. If only CT DOT could do something remotely inventive.

If you haven’t seen UBS arena (which is an awesome venue), instead of fighting traffic, getting ripped for $20 tolls, $50 parking, you can now switch from grand central and get there in about 75 mins total from East Norwalk.