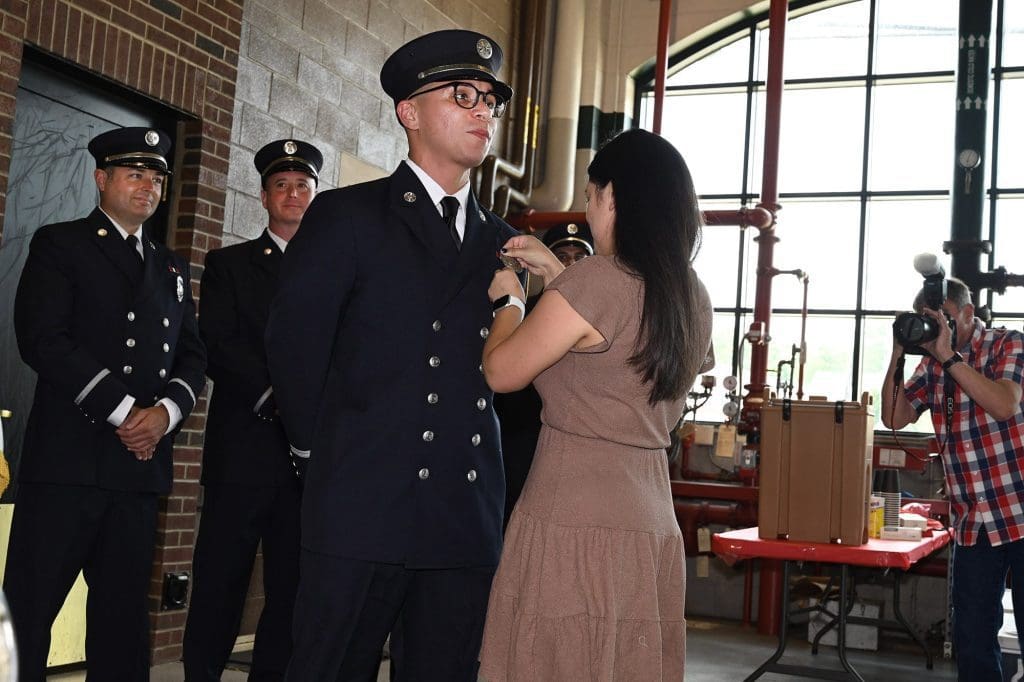 NORWALK, Conn. — The Fire Department conducted a ceremony Wednesday for the promotions of 11 of its members, including, for the first time, two assistant fire chiefs.

All but one of the 11 were selected for promotion last January by the Fire Commission and have been serving in their new positions, but their ceremonial swearings-in were delayed because of the pandemic. 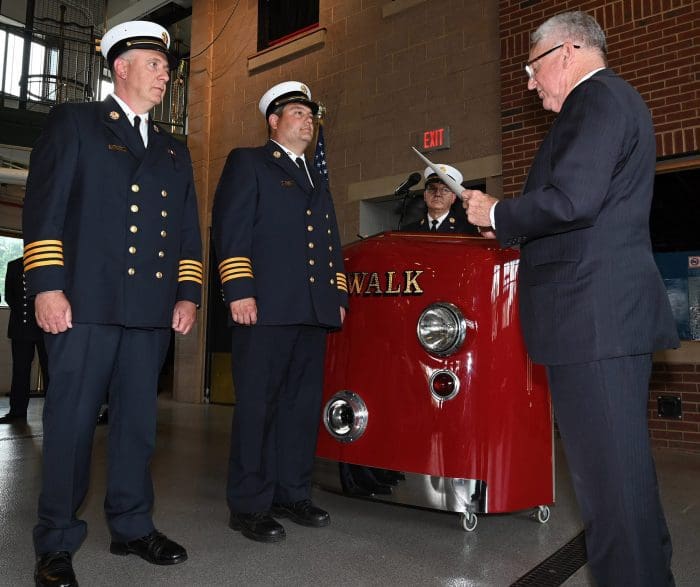 Albert C. Bassett Jr. and Edward J. McCabe were appointed Assistant Fire Chiefs. Both have been with the department for 27 years. 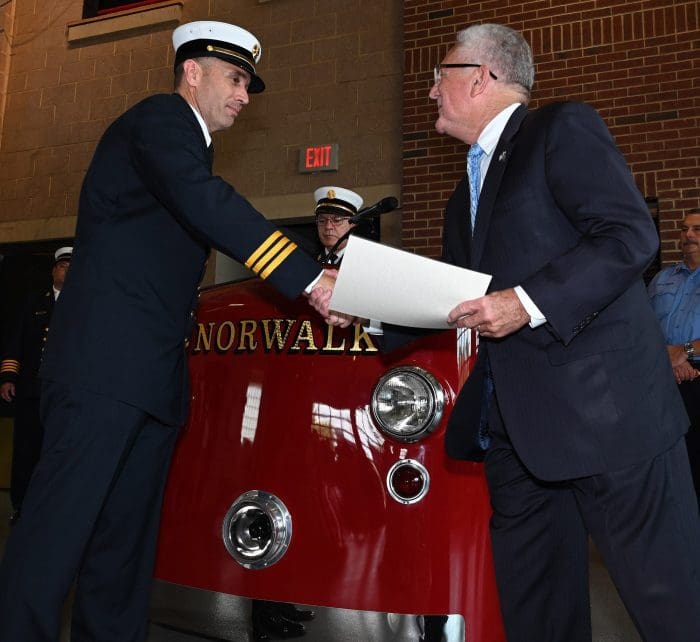 Edgar J. Lopez has joined the Fire Marshal’s office with his promotion to Fire Inspector. Lopez has been with the department 10 years and previously was assigned to the Marine Division.

The ceremony was held on the apparatus floor of Station 2 on Connecticut Avenue before an audience of family members, friends and department personnel. Mayor Harry W. Rilling, who is also a Fire Commissioner, conducted the promotional swearings-in to the new positions. 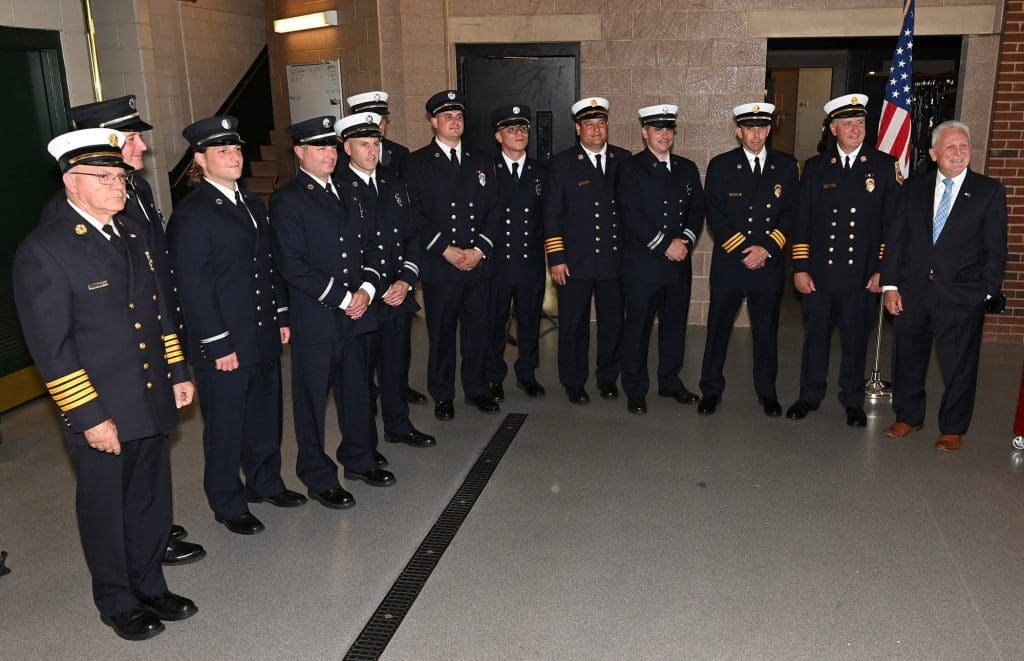 Congratulations to all the firemen promoted recently. Well deserved. The biggest asset we have in Norwalk is our “big three!” Hospital, Police, and Fire. Not many towns around have all that luxury. We appreciate all you do and sacrfices to your family members.