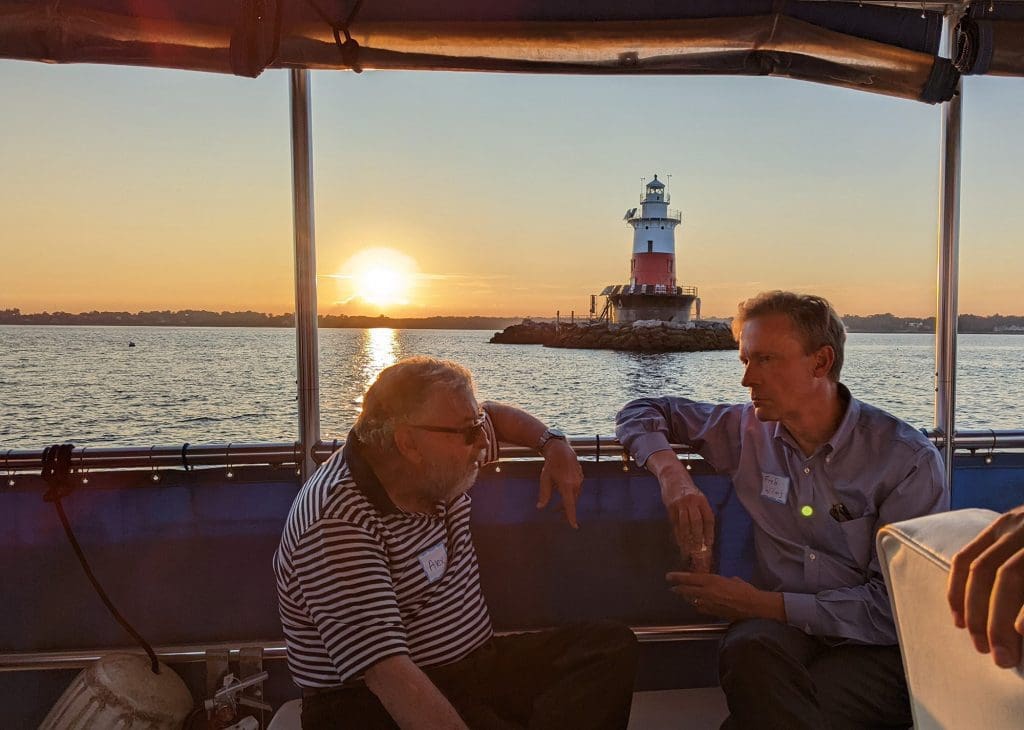 NORWALK, Conn. — NancyOnNorwalk fans headed off into the sunset Monday to enjoy the good weather in Norwalk Harbor and learn a bit about what’s out there, while enjoying diverse conversations on the Seaport Association boat. 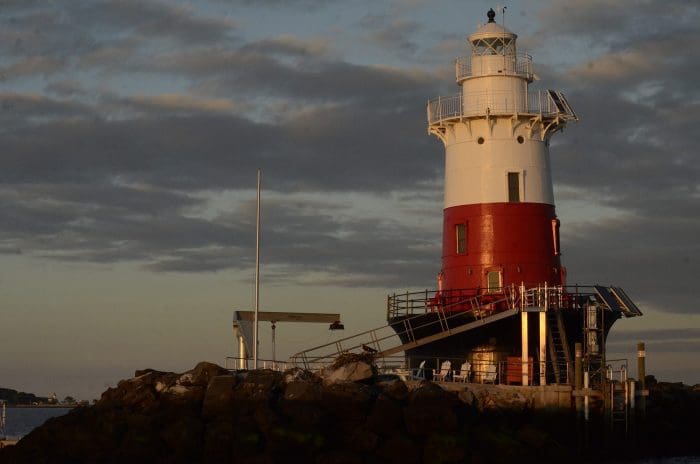 One of the worst superstorms this area has seen hit the harbor in 1938 and lifted the lighthouse’s cast iron base, she said, adding that the rocks surrounding the lighthouse came from New York City.

“In 1933, more than 30,000 tons of protective rocks from the excavation of Radio City Music Hall were added to the riprap foundation,” the Greens Ledge Lighthouse Preservation Society says on its website. 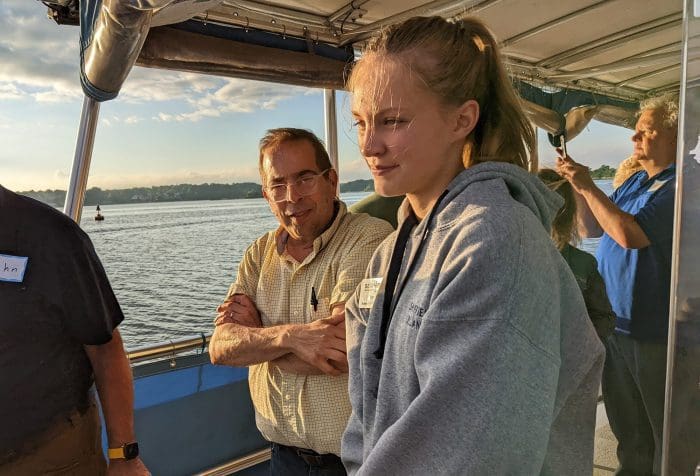 Cadey described the Preservation Society’s work when she said, “The inside is all renovated as well as the outside, so it just got a paint job, which is special for our lighthouse because they normally don’t get painted (for) 100 years.”

Lighthouses were regularly replaced and decommissioned, in Cadey’s telling of Norwalk history.

It was NancyOnNorwalk’s second annual cruise. Attendees included Luis Estrella, Republican candidate for District 137 State Representative, who said he’d never been out on the water before. Looking at Sheffield Island, former Mayor Alex Knopp reminisced about work he did as a State Representative many years ago, allowing citizens to direct money from Long Island Sound license plates toward the beneficiaries of their choosing.

“What a night on the water!” Board of Education member Mary Ellen Flaherty wrote the next day. “The weather cooperated and the conversations were lively and fascinating. Thank you for all that you do to uplift the Norwalk community through information!”

We thank the supporters who came out for a cruise and thank the Seaport Association for providing the opportunity!

The Chapman Hyperlocal Media Inc. Board of Directors has voted to take a comments recess for August, as an experiment. We are not posting comments. The comments section may return in September. For more information, see this post. 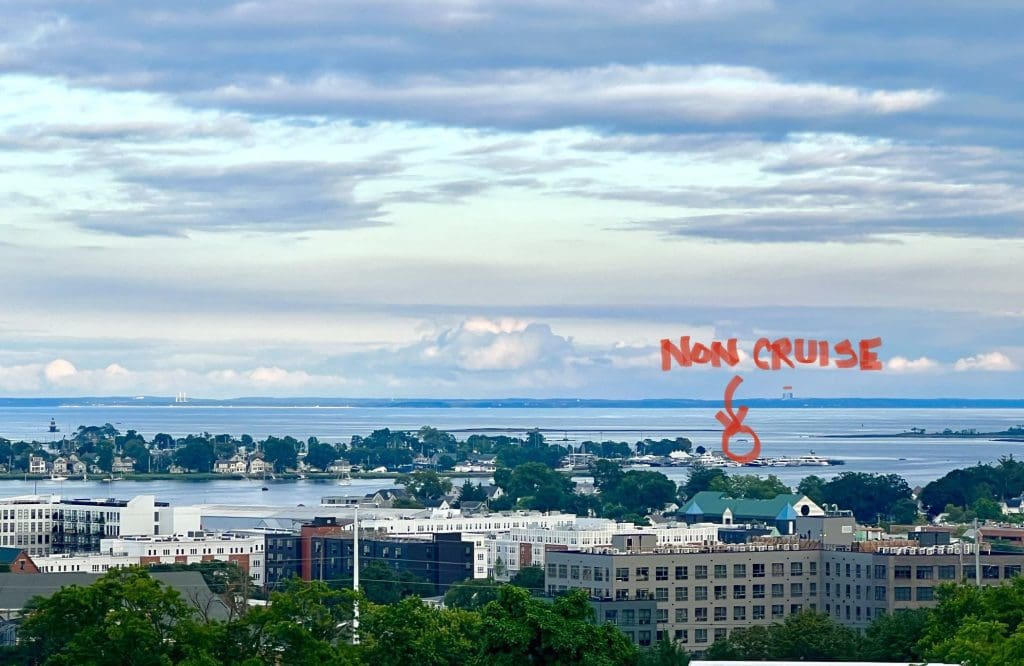 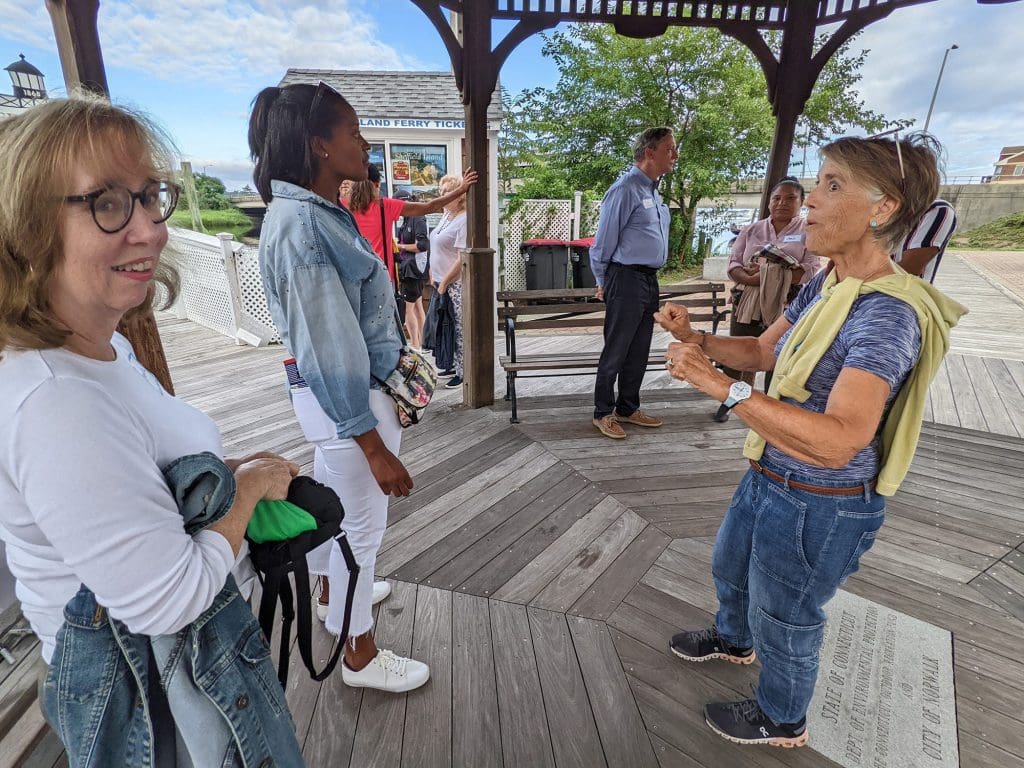 Waiting to board the boat. 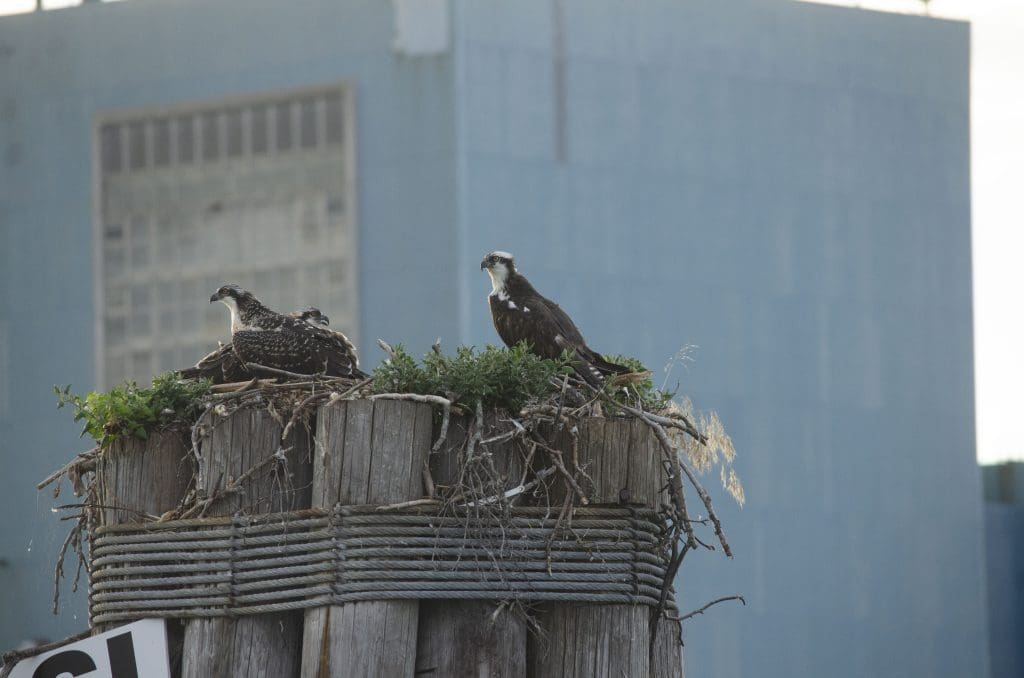 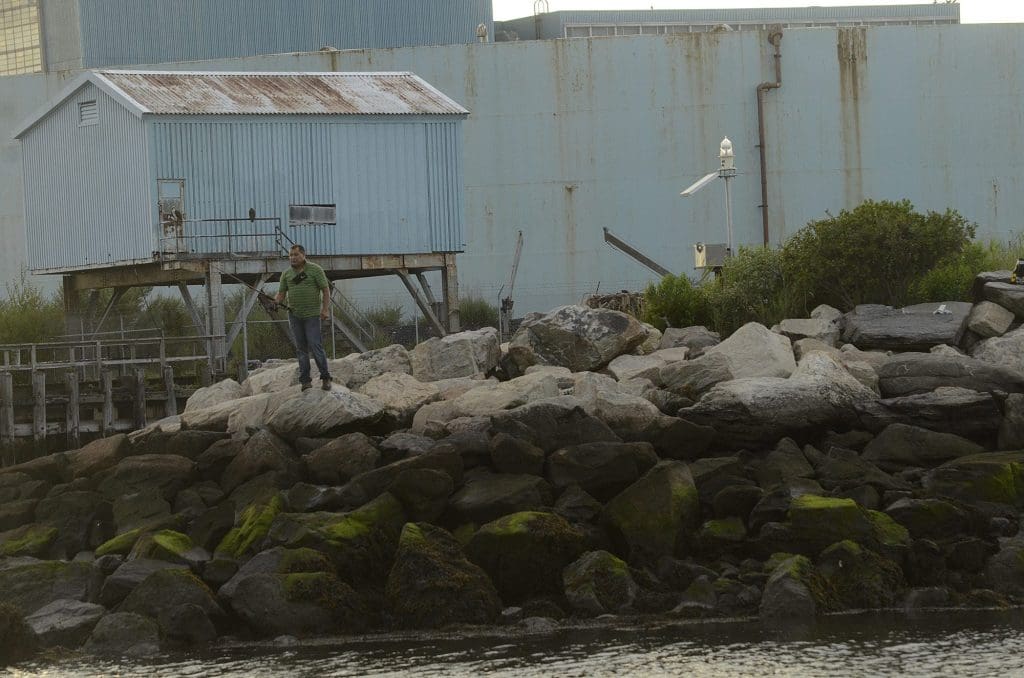 A man fishing off the defunct Manresa Island power plant. 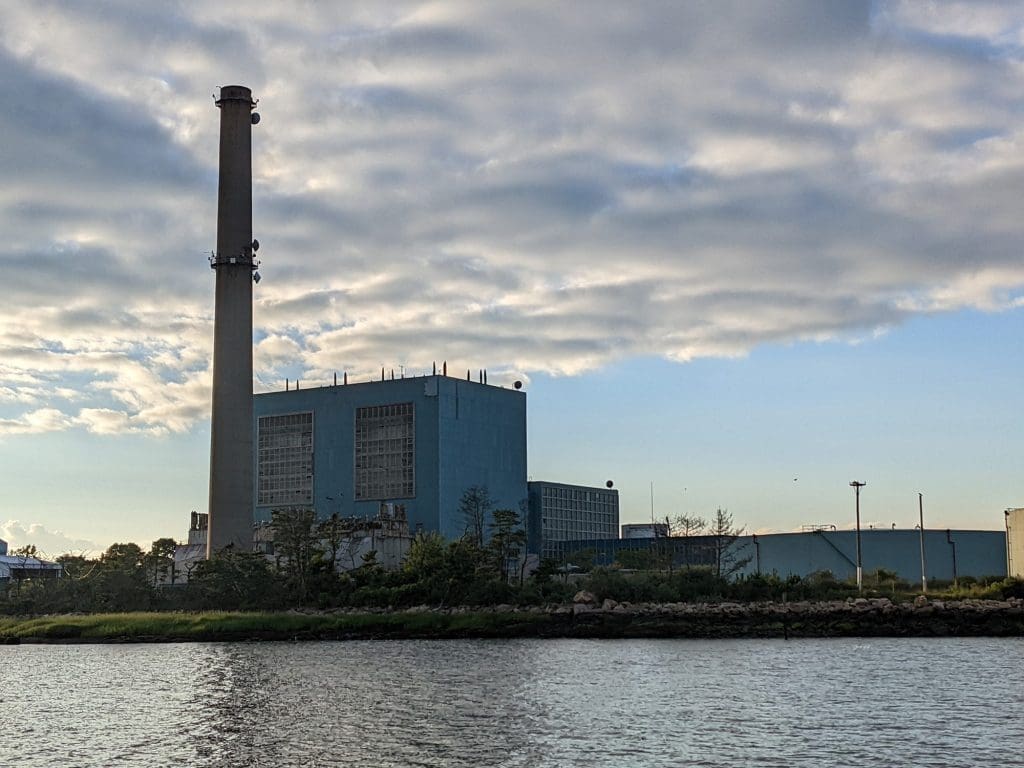 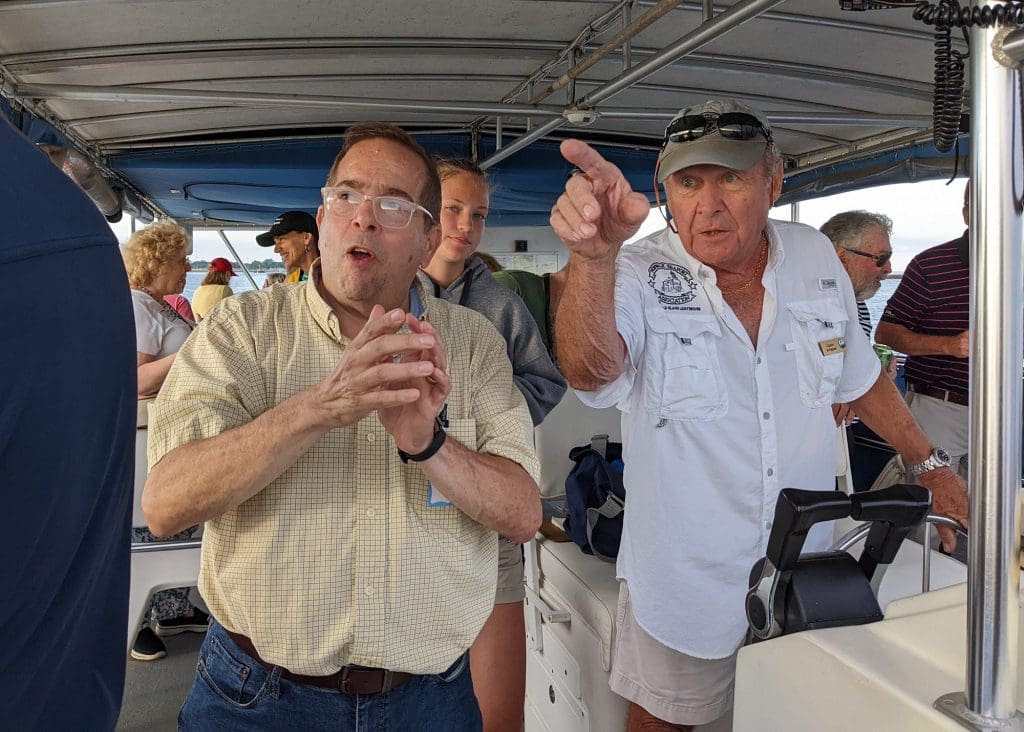 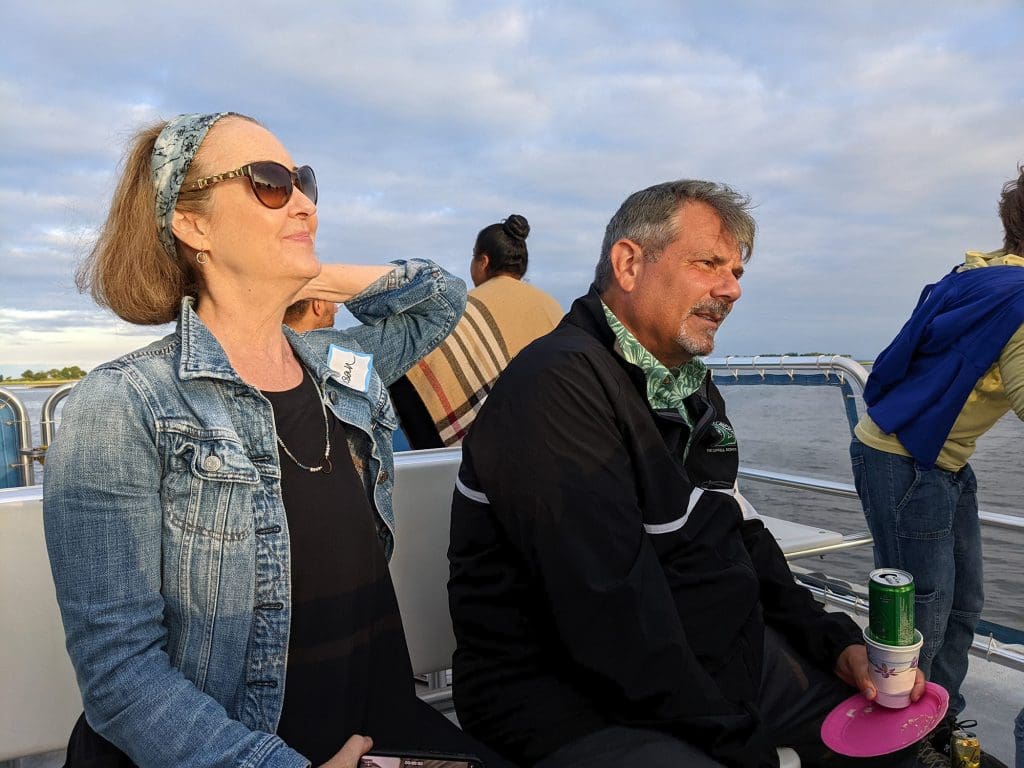 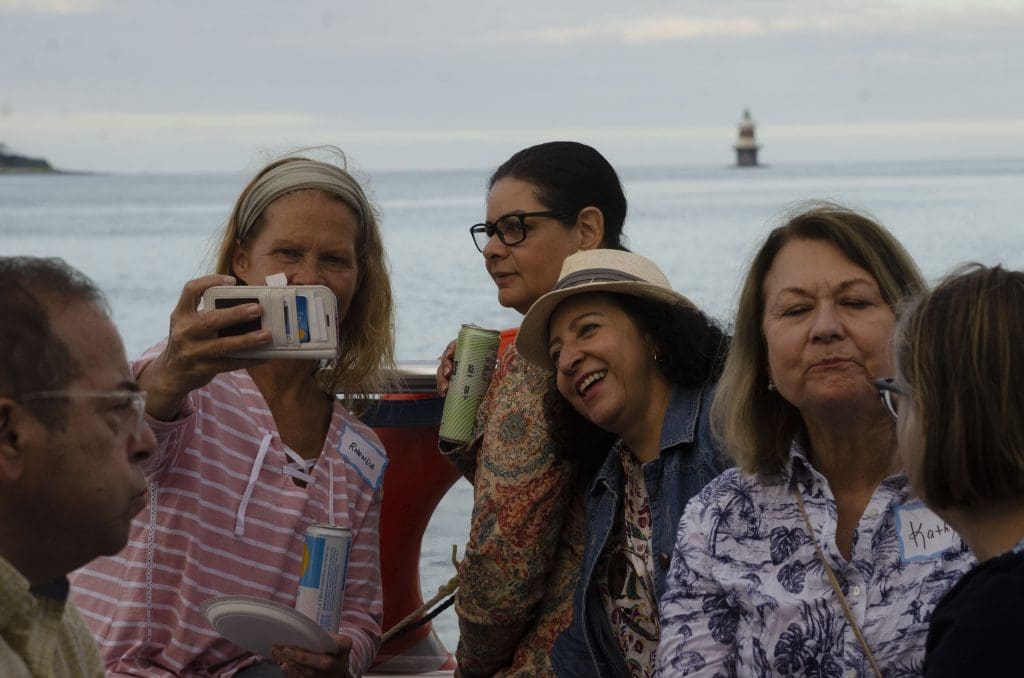 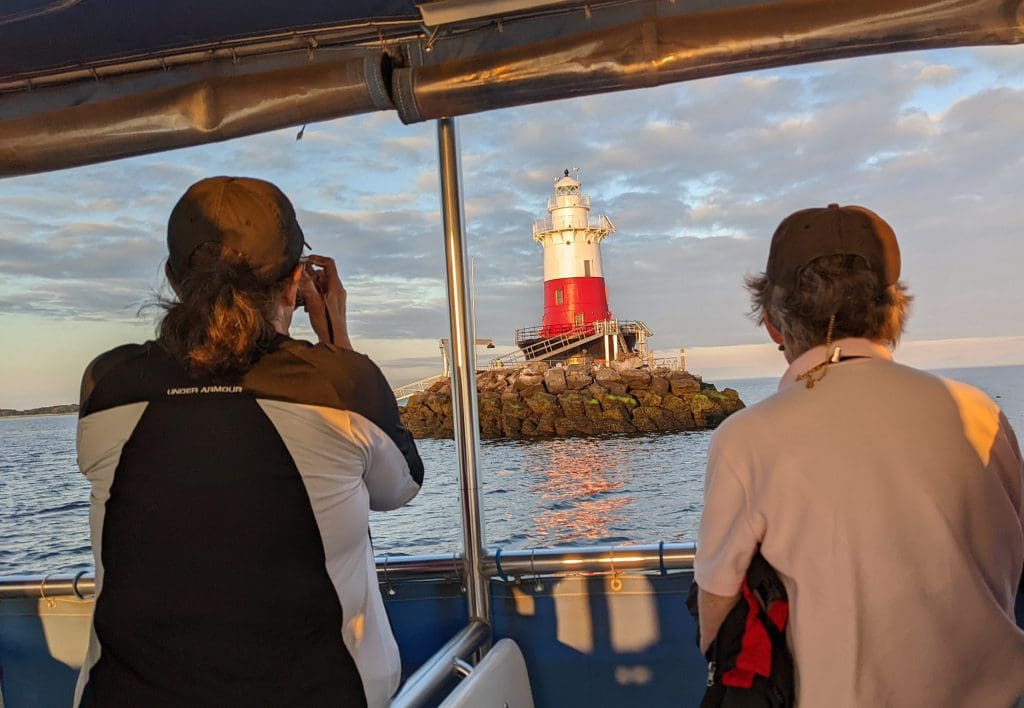 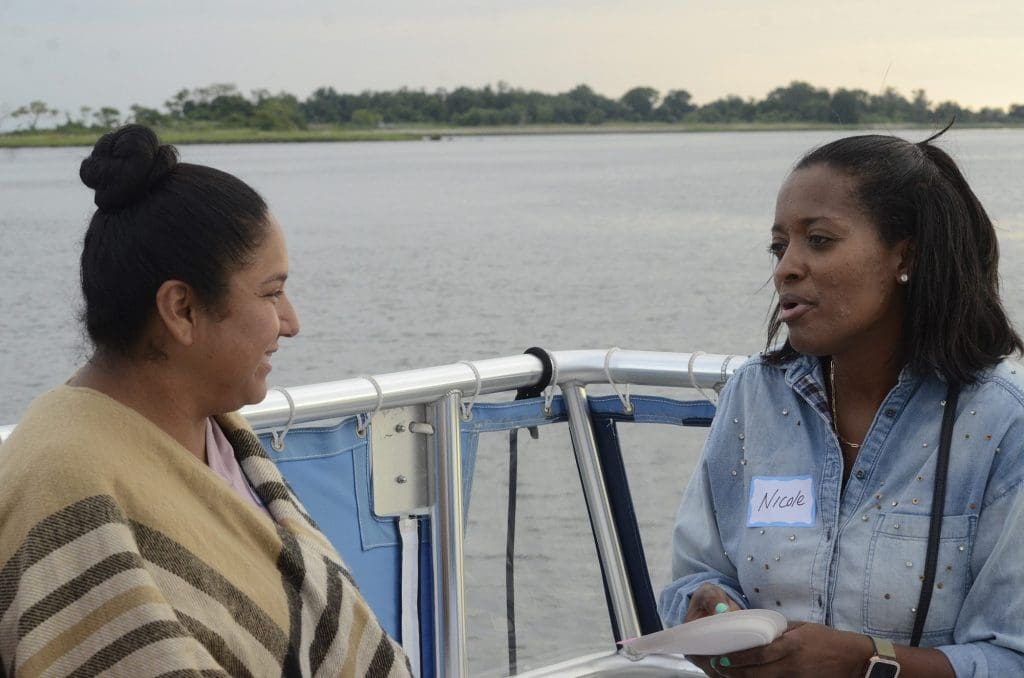 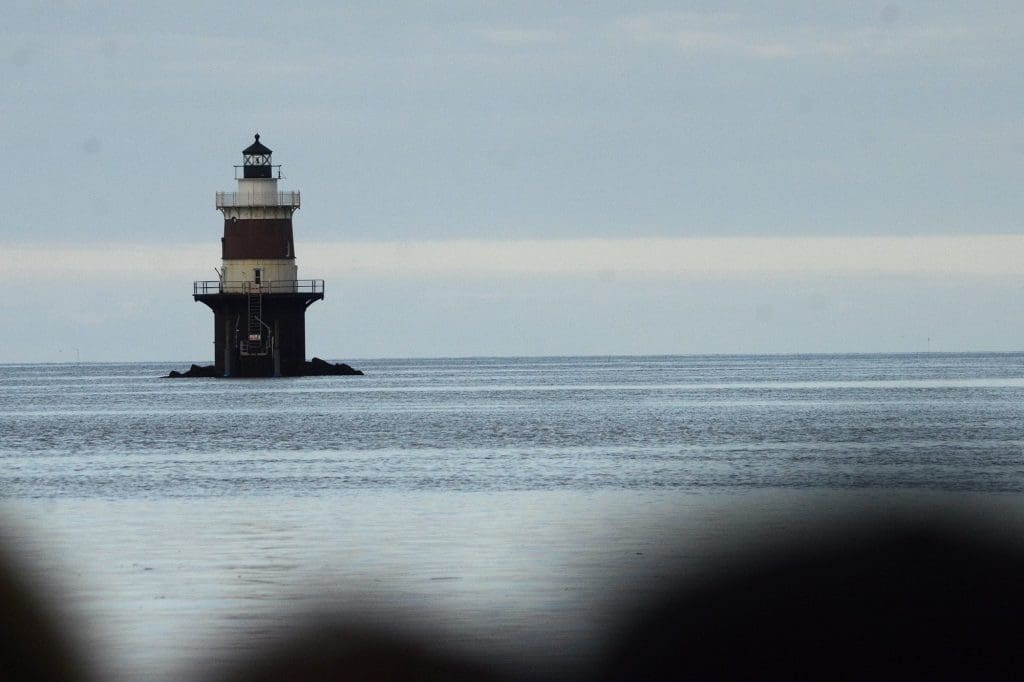 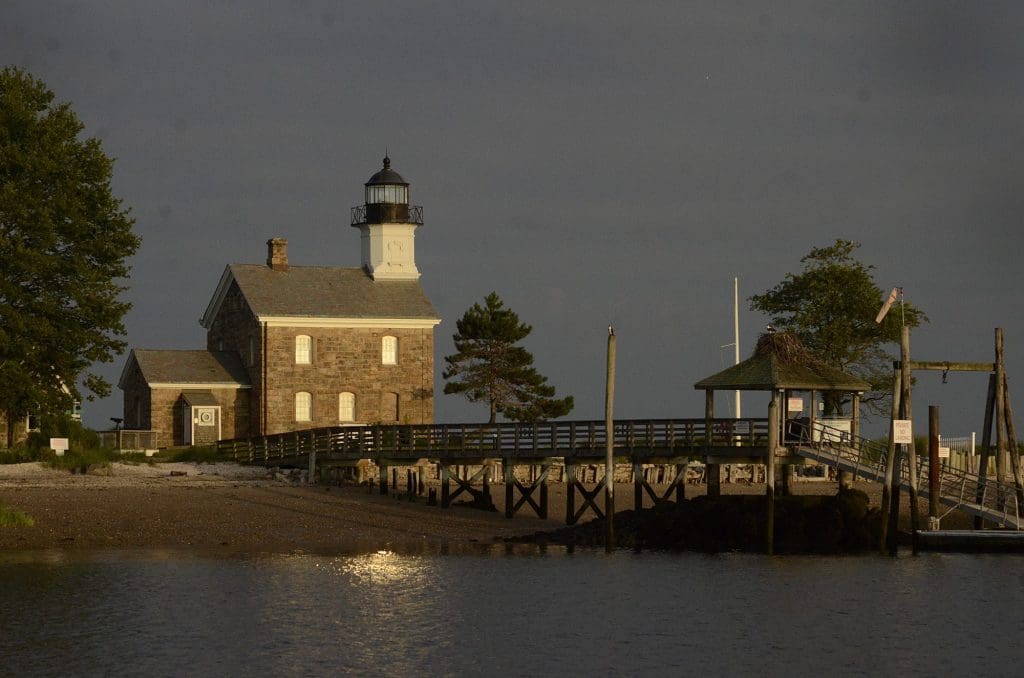 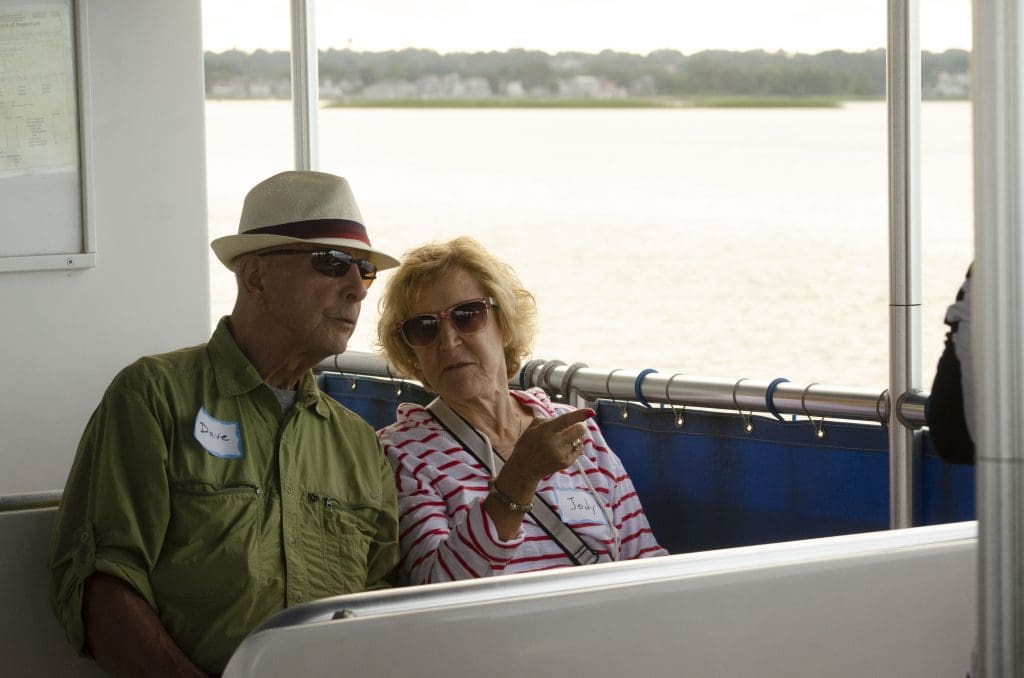 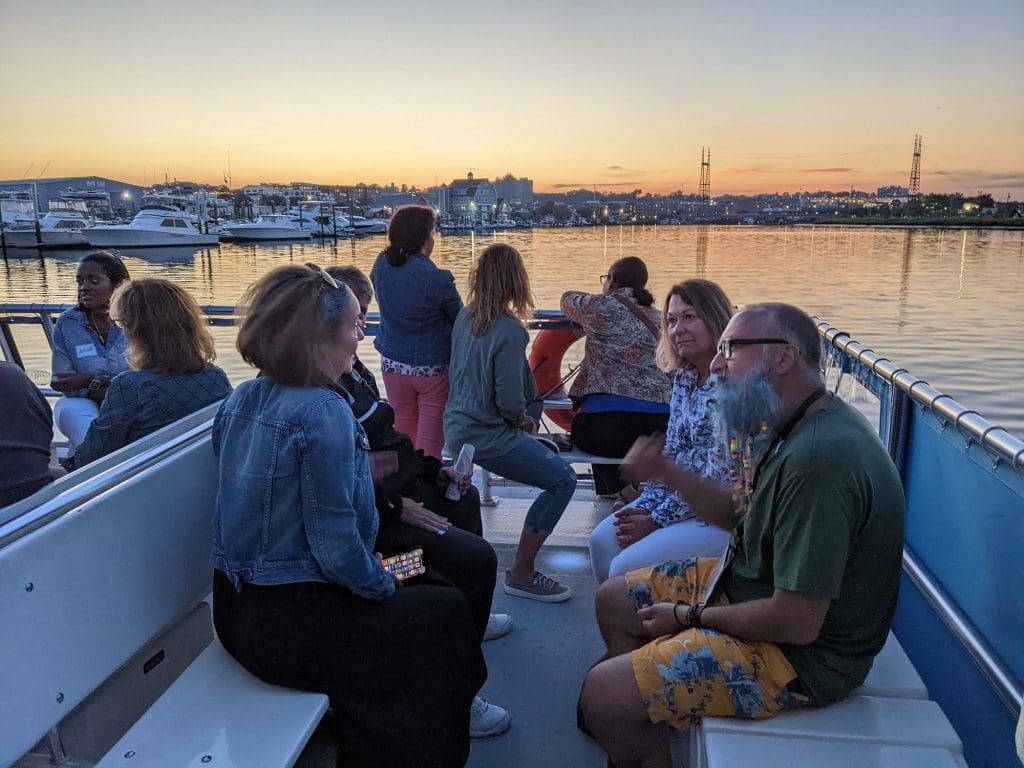 Heading back to the dock.