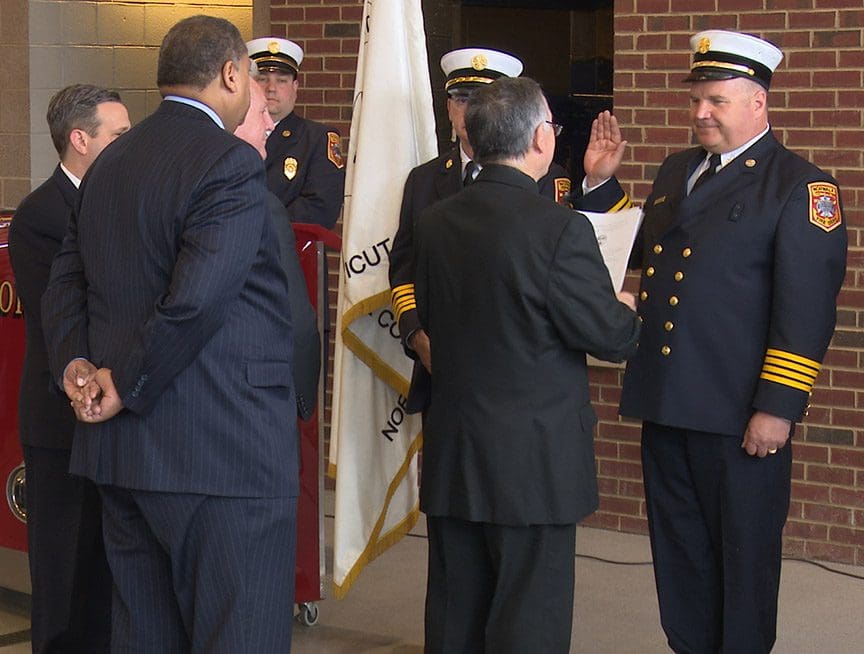 Director of Personnel and Labor Relations Ray Burney confirmed Thursday that King has retired, answering a question that NancyOnNorwalk began asking Monday. Rumors alleged that King was tied to a problem with the firefighter candidate testing. City officials decline to address that and offer no further comment.

An independent company handled Norwalk firefighter candidate testing this year. Norwalk joined the State of Connecticut Firefighter Testing Consortium in December and Industrial Organizational Solutions, a national testing company, has handled the testing for the 15 municipalities in the consortium, including fire departments in North Haven, Wilton, Westport, New Canaan and Fairfield.

IOS would “oversee all aspects of their written and oral exams, including a web-based application, which is very important because they will now go online to apply through IO Solutions. They will not go through the city of Norwalk Personnel Department,” Fire Chief Gino Gatto said in December. “They’re also in charge of examination scheduling, recruitment functions, acceptance and screening of job applications. Once the testing process is completed and the ranking of the candidates is provided, the hiring process goes back to the hands of the local fire department.”

Industrial Organizational Solutions did not return a Wednesday phone call.

“The Consortium member departments are aware of the investigation being conducted by the City of Norwalk. I am confident in the City of Norwalk’s ability to be thorough and detailed and will defer detailed comment until such time as the investigation is complete,” wrote East Hartford Fire Department Fire Chief John H. Oates, President of the Connecticut Career Fire Chiefs Association, in a Wednesday email.

“Additionally, we are aware that IOS has reviewed the test results carefully and believe that the issue is isolated and does not affect the overall integrity of the test,” he said. 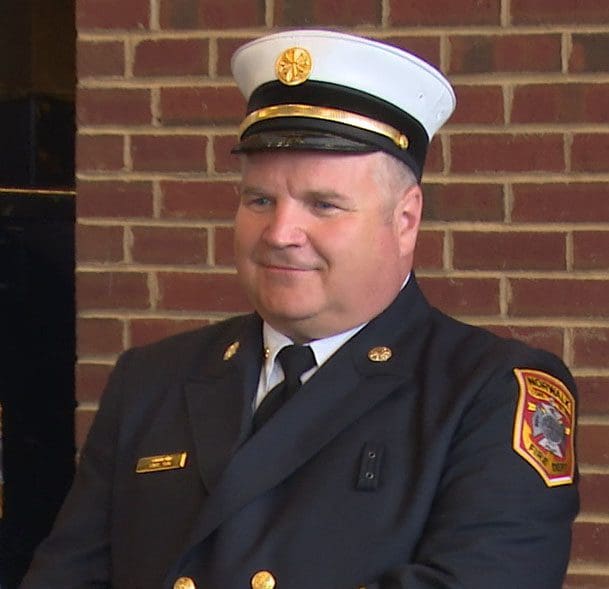 NancyOnNorwalk was not able to reach King.

An assistant chief is second only to the chief, a “right hand man,” the 2018 speaker said. The assistant handles many things that happen behind the scenes, both operationally and long term planning.

King vied with Deputy Chief Al Bassett for the job, according to the Hour. Mayor Harry Rilling is quoted as saying, “The commission looked at the resumes, looked at the experience within the fire department, and certainly relied on a recommendation from the chief. And we felt at this time that Chris was the best suited for the position.”

Chris King is a good man and this is a loss for the city. Isn’t this the test the Mayor and Council mandated be watered down? Anyone else notice the pattern of bungling at City Hall that always finds some other scapegoat? 583 out of 683 applicants passed the exam. What is this high school? The purpose of the exam should be to narrow down the list of applicants.

And where is Josh Morgan and when is City Hall going to open like every other one in Fairfield County?

I know nothing here, but it is disappointing to see that if something wrong happened the outcome is that he did something wrong and then was able to retire with full pay and benefits.

This is sad news for the community. Chris King is as good as they come. He has served 30 plus years and has to go out like this? I am sure whatever went wrong, he was in the right. The residents of Norwalk should get a boost in points on police and fire tests for living here. This administration took that away. Sad

My husband is a firefighter and is devastated by this. Anyone who knows the department knows that Chris is the heart and soul. If we think the department is in a bad way now just wait a few months. The Norwalk Fire Department has no leadership or guidance with their current chief. There is no confidence in Chief Gatto.

I’m Sure there is way more to this story.

Chris King is as honest and true as any man I know…this makes no sense and sounds like a witch hunt which as become Bau with this town…Chris King will always have my support.

This is the ultimate example of “helicopter parenting” and reminds me of the Varsity Blues scandal. Chief-did you not have enough faith in your son for him to get hired on his own accord and without your “helping intervention?”

Doesn’t your son already have every advantage over all the other candidates being a”legacy” hire???

Lifelong resident and Chris King is not as innocent as you think and should be ashamed of himself.

From what I have read, this last fire exam was almost the exact exam that was given two years ago. I would think every person taking these two exams has an unfair chance of doing better than a person that only took the last exam… I know Chris King and he is as honest as they come. It is a loss to Norwalk and the fire dept. We spectators cannot judge as we do not know 100% of the story.