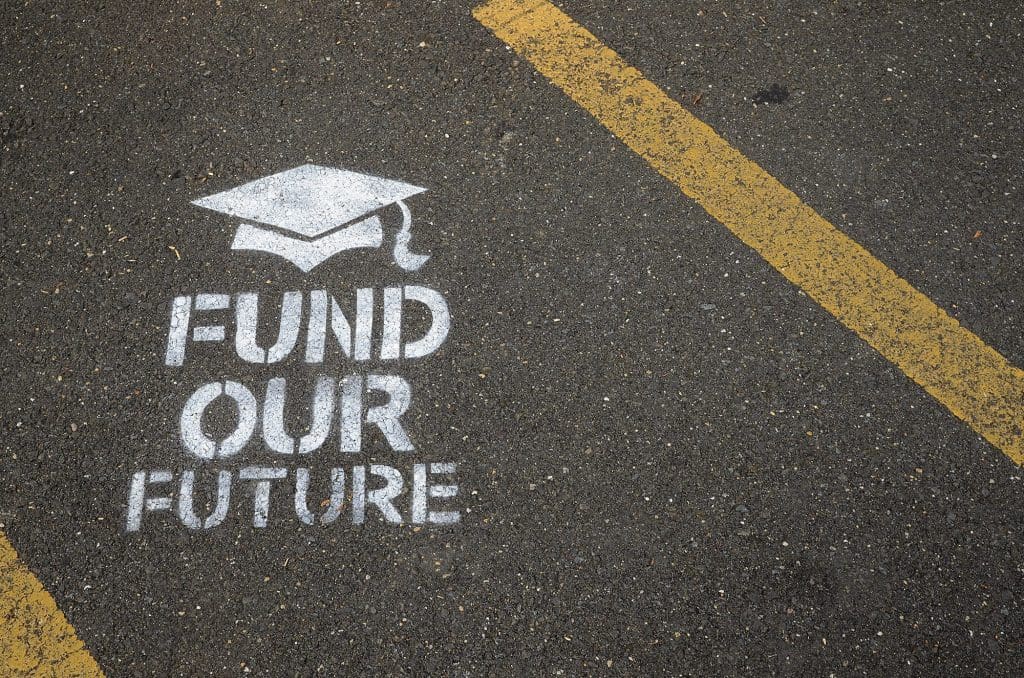 A stencil at Marvin Elementary School in August, 2020.

NORWALK, Conn. — It’s officially a “zero percent” increase for Norwalk Public Schools this year, though City departments have their budgets reinstated to the level they were at before the Council set its cap.

The Board of Estimate, without much comment, voted Monday to approve the tentative 2021-22 operating budget in spite of NPS objections. The capital budget was also approved and the Finance Department authorized to issue bonds totaling $31.4 million to fund the planned expenses.

What little discussion there was about the operating budget touched on minimum budget requirements (MBR) for school districts and the “cliff” NPS administrators have warned about, the possible skyrocketing of the budget two years from now due to using one-time revenue to fund ongoing expenses.

“I think that next year they’re going to have some problems. I feel like next year, we’re going to probably have to have a really interesting conversation,” BET member Sheri Brown said.

NPS had originally requested $220 million in funding for 2021-22, a 5.6 percent increase over the current budget of $208.4 million. That request dropped to $218 million, an increase of 4.6 percent, when health insurance cost estimates came in from the State.

The Common Council’s budget cap further reduced the increase to 2.6 percent, which BoE members said would lead to cuts and layoffs. That planned 2.6 percent increase would have meant an additional $4 million for the district. Instead, on April 5, the Board of Estimate and Taxation voted to leave the district’s budget at its current level – $208.4 million – in light of the expected millions from the American Rescue Plan (ARP), the $1.9 trillion COVID-19 relief bill passed by Congress.

Norwalk Public Schools Chief Financial Officer Thomas Hamilton was, in late April, holding out hope that the BET would reverse its plan for no budget increase. Instead, the BET’s vote to stick to the plan was unanimous.

NPS will get slightly more than the “0%” that’s been talked about, a $52,000 increase because the MBR is based on the revised budget, Norwalk Director of Management and Budgets Angela Fogel said Monday.

The $12.9 million in ARP funding to the City closed the gap and although Mayor Harry Rilling had instructed City departments to shave .5 percent from their budgets after the cap was set, all of the budgets were restored to their previous level, Fogel said.

She emphasized, as others have, that ARP money cannot be used to lower taxes. The best that can be done is to keep taxes flat and that is what the City has opted to do.

Board of Estimate and Taxation Chairman Ed Camacho asked Fogel to confirm that the ARP funding won’t raise the district’s MBR. She did.

She added that she watches BoE Finance Committee meetings and NPS is “not expecting to have a surplus this year but they do currently have a surplus.”

Hamilton said March 10 that “there’s less likelihood that the district will generate surpluses in future years” because of an adjustment made to the budget.

The wage accounts for 10-month employees were reduced because they “didn’t reflect the vacations that are built into the school year” but this means “the Board budget is becoming tighter and tighter,” he said.

Brown volunteered Monday that the federal relief funds will fulfill some budgetary needs but long-term issues such as children who are behind due to remote learning may “come up to bite us next year.”

Camacho said a “cliff” might be an issue at the end of the second year but he thinks it might be significantly reduced.

Brown is “absolutely right” but Camacho is too, BET member James Frayer said.

“We need to remember that we are going to do an efficiency study this year which should also help to find opportunities to invest more effectively across the board,” Frayer said. “… It’s not necessarily a cliff next year, it’s a two year cliff but hopefully all the other actions can mitigate that.”

Hamilton and Estrella did not express confidence that the efficiency study will mitigate the cliff.

Estrella said the it could bring about a more efficient working relationship between the City and the school district, perhaps more understanding on the City-side of NPS expenses. As far as reducing costs, however, she said “it could go either way,” since it might also reveal areas where more staff is needed.

She called the budget tactic “fiscally irresponsible,” charging that the City is using pandemic relief money to fund ordinary expenses.