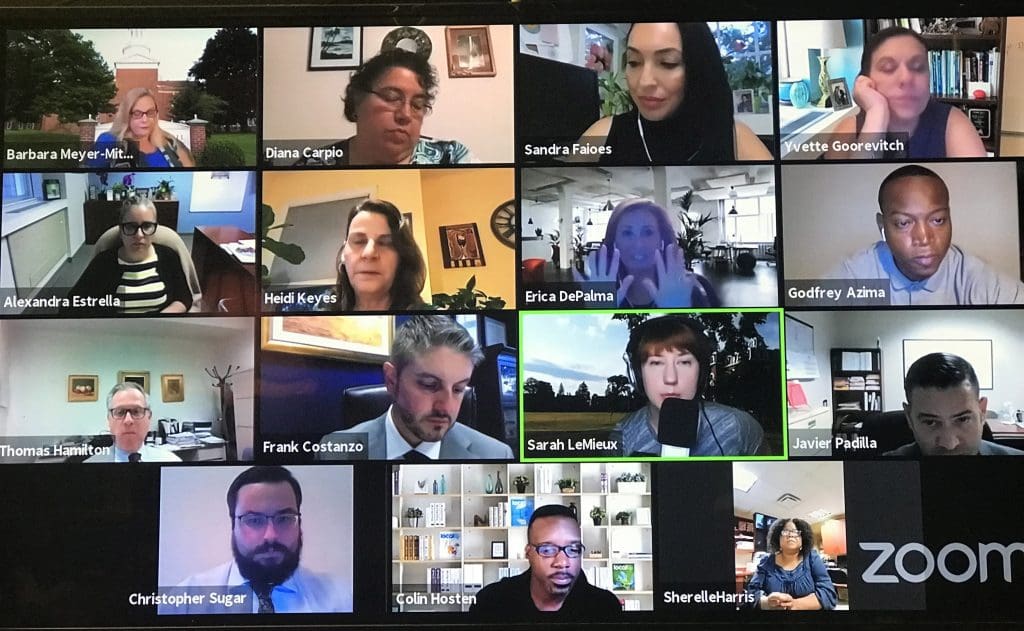 NORWALK, Conn. — A roundup of Board of Education news:

Norwalk Public Schools administration has added two holidays to the school calendar, without consulting the Board of Education.

Juneteenth and LGBTQ+ Pride Day have been added, Norwalk Superintendent of Schools Alexandra Estrella said to the Board at its Tuesday meeting, and, “there’s no need for approval for those but I just wanted to put it on the record that those are two public holidays that we want to make sure the community is aware of.”

Juneteenth, the oldest nationally celebrated commemoration of the ending of slavery in the country, is held June 19. The NPS calendar cites June 16 as the last day of school.

June is also LGBTQ+ Pride Month. This commemorates the Stonewall riots, which occurred at the end of June 1969.

“Juneteenth and LGBTQ Pride day are not days off from school, but are holidays that the district will recognize,” NPS Communications Director Brenda Wilcox Williams said Thursday. “Pride Day is in June each year.”

Given that the calendar was a topic, Board member Barbara Meyer-Mitchell brought up a controversial topic from a year ago: the switch from a one week break in April to a break in March.

“I suspect it’s much too late to address it at this point, given that many people, probably, if they’re going to travel have booked that travel but I do have a concern, given the economy and the pandemic, that families will not be able to go anywhere warm in March, and that it might be a kindness to have our break in April,” she said.  “So I thought I would raise that with my colleagues to see if there was any interest in reconsidering.”

Meyer-Mitchell was the only Board member to vote against the move last year, when Mike Barbis was Chairman; Sarah LeMieux was absent. Heidi Keyes is the only other Board member who served that term, as five members are new.

Board member Erica DePalma asked if the Board could discuss the spring break with the Norwalk Federation of Teachers. LeMieux, now Chairwoman, called that “sensible.”

“I’m not sure why the teachers would be the driver to when we chose to have on vacation,” Barbis said. “But if you recall this year, in Fairfield County, I know we did do some work. And I think something like a third of our teachers with children live outside of our district.”

Other districts have weeks off in April, and “I think the idea that it’s always a consistent week, that’s already been broken,” he said.

“It’s something that we can table for the moment and talk about because I think that no one was expecting to have this conversation this evening,” LeMikeux said. “…We can revisit that.”

Barbis said Thursday that last year, Fairfield County districts did not have a consistent week off in April.

If you watched Tuesday’s BoE meeting, you heard all about an internal communications policy defining how Board members will approach administration members.

Unless you watched the Board retreat, you don’t know about a related matter: the Board has been asked to go through NPS Communications Director Brenda Wilcox Williams when questioned by the press.

Norwalk Superintendent of Schools Alexandra Estrella cited “past experience” and said all press matters should go through the communications team “so that there is alignment in simple comments, because simple comments can come headline news.”

She added that she didn’t “want to impugn anybody’s motives and I don’t intend to do so. But I think a lot of times there’s a sort of this thing that happens, you know, and, and it leads to miscommunications at best.”

“Brenda has done a stellar job and she does communicate to the press,” Heidi Keyes said. “So, I think funneling information over to Brenda, I think would be a wise idea for us.”

“I think it would be great if we as a Board and every Board after us could agree to avoid politicizing school matters,” Barbara Meyer-Mitchell said. “So that when someone does speak to the press, it’s not to gain a point in some way politically, but just to make sure that the community has information.”

It’s about transparency, she said. “I think deferring to the professional staff first and then perhaps having have an agreement amongst ourselves to – how we how we want our words to be taken in, in the press. Such that education in our city does not become politicized, is very important.”

The Board also approved a retroactive contract with the Connecticut Health Care Associates National Union of Hospital and Health Care Employees, AFSCME, AFL-CIO Local, with no explanation.

They will also pay more of their health insurance premiums:

“I just have to add very quickly how grateful I am to our nurses and medical professionals for the work they did in the spring … and the summer school to keep our kids safe. And for the work they’re embarking upon with reopening,” Barbara Meyer-Mitchell said.

If there’s one thing our kids DON’T need is more days off. Better they have school and learn what these holidays are really about than have to have makeup days at the end of the school year because of weather related school closings.

Wait. What?
LBQTG+/Pride Day etc. now will have no school but Columbus Day doesn’t anymore?
Will the elemtary teachers now talk about sexuality to their 6 year old students about why we have the day off? I certainly don’t want any teachers talking to my children about sexual preferances. Will there be assemblies for celebreation too?
Inapproriate.

So the school year is extended 6 days? 1 week minus Labor Day, plus the 2 new holidays? What does that make the last day of school, tentatively?

Wait a second… Both Stamford and Norwalk have teachers starting on August 27th, and have a week delay for students to begin the year so teachers can get PD training. The Stamford school year ends on June 15. Norwalk was scheduled to get out on June 16th, but now are extending the school year well into the next week (most likely to June 24th if my math is correct)? If you just built all of these PD days into the beginning of the year, then why don’t you remove the ones sprinkled throughout the calendar like Stamford did? Do all of the training up front and get out in a reasonable time in June. No AC in most buildings. Take the blinders off and look at the other districts for once. What has happened to the BOE? Anyone reading, please keep this in mind when the local elections present themselves. These people are no longer consulting with parents, teachers, or anyone else. Pure power trip while they continue to meet remotely. Disgusting. Try and make an appointment to see someone from the BOE at the town hall building. I’ll bet that they will take your temp upon entering the building, even though they deemed that “ineffective” for schools. Never mind, I’m sure they won’t see ANYONE, as most of them are working from HOME. Do as I say, not as I do.

Sue W…don’t you know that the teachers union will now fight to have the school year end early!

Not good. Estrella puts two holidays on the school calendar without talking to the BOE.

Loss to taxpayers. transparency is not censorship. Bad start for Super so not good for taxpayer

Guys, read the story carefully – these holidays are simply being added to the calendar. As in, just written down on those days as being public holidays. They are not days off. Thank you, Dr. Estrella, for using something as simple as a calendar entry to educate all of us. Let’s all take a deep breath….