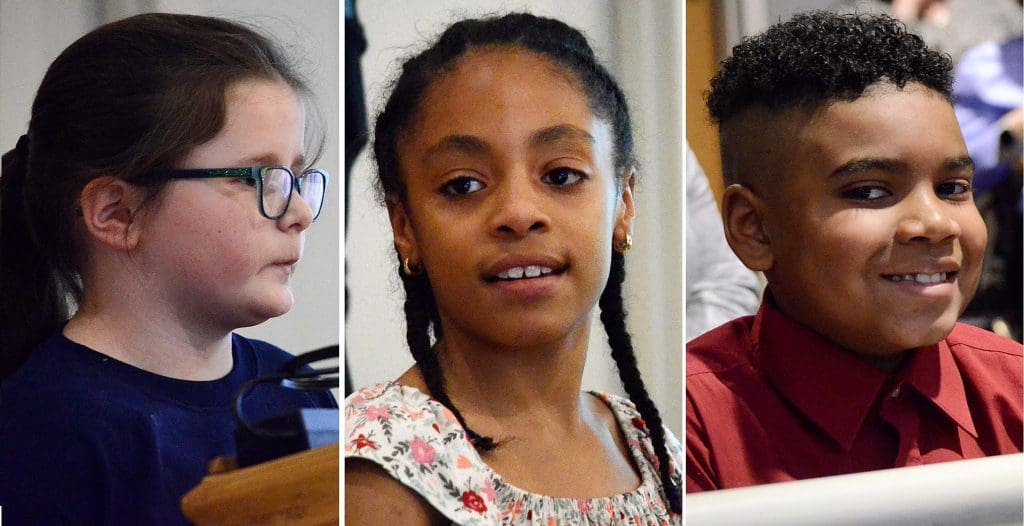 NORWALK, Conn. – Norwalk Board of Education members on Tuesday disappointed some members of the community, opting not to go full steam ahead on two budget initiatives.

Kendall Elementary will not become a year-round school this year, but will instead get additional funding through a magnet school designation, through the unanimous BoE vote. In addition, the summer academy will not be expanded to include seventh graders.

“We are in a bit of a predicament with our budget,” BoE Chairwoman Sarah LeMieux said, in breaking the news to Kendall Elementary School Principal Zakiyyah Baker and NPS Chief of Technology, Innovations and Partnerships Ralph Valenzisi.

“It hurts us but it’s just a reality of the budget and something had to be compromised,” DePalma said.

The Kendall decision was hard given the turnout for the Board meeting. In addition to three children and four parents lauding the improvements at Kendall and expressing enthusiasm for the expected improvement, there were families in the school’s cafeteria watching the meeting be livestreamed, according to Norwalk Superintendent of Schools Steven Adamowski.

But there were also voices speaking against the year-round school plan, as Norwalk Federation of Teachers members said many staff members have or are going to move on to other schools and school districts.

Adamowski has said the Above the Bar grant, also known as the year-round school proposal, is a matter of equity. In December 2018, he said Norwalk had half the grant funding needed to fund the three-year attempt to narrow the achievement gap by giving high needs students the opportunity to avoid summer slide.

Children said the improvements at Kendall have already made their lives better.

Elija Fitchett, a fourth grader, praised Yale “RULER,” a mood reader, enrichment clusters and family style dining. But Above the Bar will provide a smaller summer break, and “we will be able to review lessons quicker so that we can learn new things sooner. the only the only con I can see is that family, families travel during the summer or sign up for other programs that will cause them to miss school.”

With family style dining, “you don’t have to line up to get your food,” said Alyssa Harry, a third grader. “… It helps us appreciate a lunch and get to know each other more. Students appreciate it more because they can learn to improve. Last year many students would drop their food.”

Zamira Smalls, a third grader, said she loves being an ambassador as “your voice is truly heard.”

But, Norwalk Federation of Teachers President Mary Yordon warned, “There are proposals in this next budget year that are more disruptive of the personal and professional lives of Certified staff than previously experienced and we have detailed that in many presentations over the past year.”

While the Kendall  plan is an “innovation and experiment” to improve outcomes, “the action so far taken has led to possibly unintended consequences,” Yordon said. “At Kendall there are still large class sizes, they are still large numbers, an increasing number of inexperienced staff.”

Kelly Dominick, a 15-year Kendall teacher and NFT building steward, said “Kendall has gone from one of the most experienced staffs in all of Norwalk to one of the most inexperienced. If this calendar takes effect, it seems Kendall will become a revolving door for entry level teachers looking to get experience, not a place to close the achievement gap.”

While Adamowski touts Kendall as needing help because of its high needs students, Dominick said, “It was brought to your attention that Kendall has not been the lowest performing school as of late, a factor that continues to be used as justification for this project.”

Deborah Butler, a teacher for 34 years, said she’d been elected to speak up at the meeting. Smaller class sizes and paraprofessionals are important and needed, “and I have not seen that in Above the Bar.”

The budget request from NPS this year is much higher than predicted last summer; although NPS Chief Financial Officer Thomas Hamilton said in July that he estimated the budget request would be $10 million higher than the 2019-20 budget, NPS is seeking $18 million more than was approved at the end of the last school year.

Norwalk Chief Financial Officer Henry Dachowitz called NPS “sneaky and deceptive” last week, in casting aspersions at the request. He said that he had asked Hamilton to present a plan to phase in NPS initiatives, but no plan had been presented.

The Board is “cognizant that we have partners who are relying on us to … be true to our word and be in integrity with good partnerships,” BoE Finance Committee Chairwoman Barbara Meyer-Mitchell said Tuesday, suggesting that Kendall be rolled out over three years.

Speaking to Baker and Valensizi, she said, “I know that is incredibly disappointing because you’ve put every piece in place and it’s all beautifully choreographed. We don’t know what to say because it’s not our choice, the amount of money that they give us, you know, we are working very hard to secure that. I think we have a responsibility with our choices to make sure that they impact the most students possible across the district, that everything we’re doing impacts as many students as possible.”

The children were “really quite courageous” to speak “so eloquently about their needs,” Board member Heidi Keyes said, calling Kendall the “lowest performing school” and “really not being grade level for reading and for math.”

“It just deeply worries me,” she said.

It might be difficult to get the grant funding later, Valensizi warned.

“The idea of working with our philanthropy is that it’s ‘all in or not’ … So we will be looking at funding this completely on our own,” he said.

“We hope that our partners will be patient, you know, it’s a big ask and a difficult year,” Meyer-Mitchell said. “We know that they, you know, they’re also working to line up other partners and this could give us time to get all of that in place.”

Adamowski said, “Donors are not interested in giving money to the city that has the biggest fund balance in the state, but they are interested in this project, because the applicability it may have to closing the gap for low income students in other places in the state and nation.”

Who are the “partners”?

Very disappointing! This city has so much to offer, and the schools continue to get the short end!There is plenty of money to go around, our kids should be the top priority.

Maybe our state legislators should walk thru the halls of Kendall and a few other schools. It’s a freaking disgrace that we are not getting state help for our ELL crisis. The teachers are voting with their feet and their leadership is finally speaking out. BUT, they still won’t admit this is a district wide problem. Kendall is just the headline. As Supt Adamowski has mentioned in the past 20-25% ELL is a tipping point. In order to properly educate these kids, we need state resources or we need to spend every dime of that rainy day fund we have. I’m guessing this year’s spending is the game plan. If you haven’t noticed the budget was $198 Million, PLUS $3 Million carryover. BUT wait, another $6 Million to cover unexpected enrollment growth (ELL students) So, whatever next budget is we should expect to take another $5-7 Million for “one time” extra costs. AND the revolving door at Kendall will continue. AND I’m guessing there will be a revolving door at some other schools as well. In conclusion, I’d like to thank Bob Duff and our state legislators for bringing ZERO to support our ELL crisis in our schools. But hey, isn’t that a 80% state funding ‘mirage” I see in the distance. We’re saved.

“ We don’t know what to say because it’s not our choice, the amount of money that they give us, you know, we are working very hard to secure that. I think we have a responsibility with our choices to make sure that they impact the most students possible across the district, that everything we’re doing impacts as many students as possible.”

Can anyone reconcile this statement with a vote that spends $50 million (and climbing) for 100 out of town students?