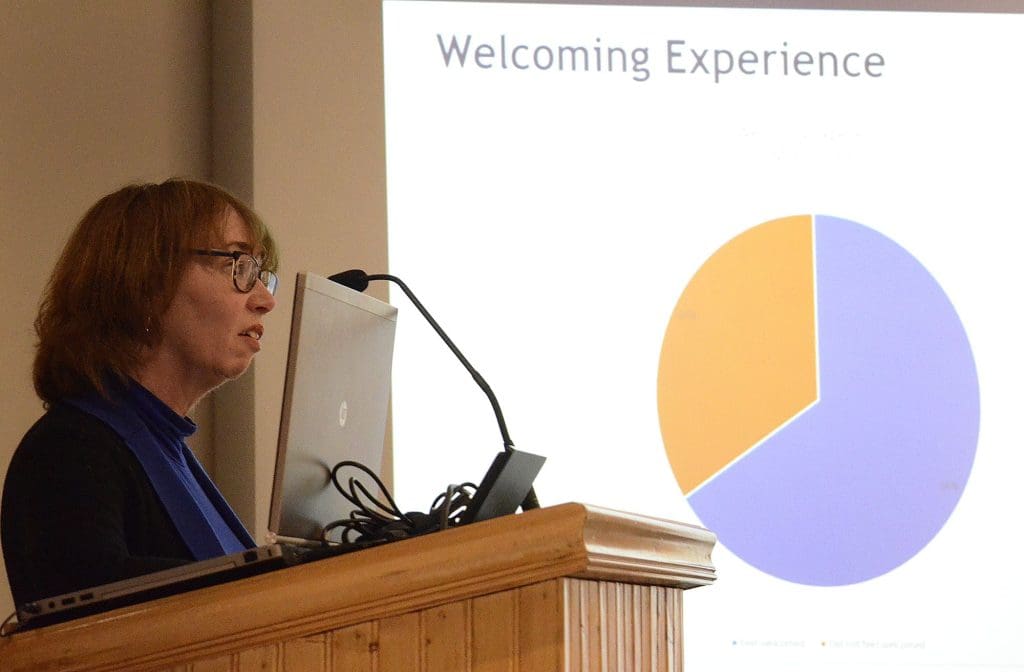 NORWALK, Conn. – As a first step in heeding recommendations made in the recently released efficiency study, Norwalk Public Schools is planning to eliminate communications positions.

Shifting the communications functions so that they’re supervised by the Deputy Superintendent for Excellence, Equity, and Innovation will save the district about $150,000 a year, Evergreen Solutions states in the efficiency study.

The department will have “the same amount of people, different titles, different salaries,” Norwalk Superintendent of Schools Alexandra Estrella said. Other recommendations are more “cumbersome” and will take time to digest and act on.

“A review of job descriptions and interviews indicates redundancies (functional similarities) between the positions of Deputy Superintendent for Excellence, Equity, and Innovation and the Chief of Staff and Communications,” the study states.

“The idea here is the world is changing, communication is changing. It’s not just issuing a press release and whatever,” she said, April 1, to the Board of Education. Moving the responsibilities will “allow for better collaboration within the organization structure and would allow the hiring of individuals with the expertise to provide some of the services that are normally found under a communications office.”

“We’re looking at individuals that have a background in more digital communication and revising the job descriptions to align to those elements based on the need,” Estrella said during the April 26 BoE meeting.

The changes are supported by a communications audit currently underway, Estrella said. The audit will refine the concept and details will be presented later this month.

Auditors are “making some really good recommendations … around our website design and how to improve those elements, but also streamlining communication. And then developing communication strategies that really cater to the audience that we’re serving,” Estrella said.

The website needs to “flow” so that it is “practical, not only on the computer, but also on our handheld devices,” in response to parent demand, she said.

“Several of the people in the team right now are doing that work in collaboration with the digital learning team as well. But there’s still room for significant improvement in how things are done,” Estrella said. “Part of the work that we’re hoping to do is also have a Committee where we can get community input from students, parents, as we’re making some of these revisions so that we optimize the effectiveness of our communications.”

Things evolve and “it’s not a stagnant process. It’s always going to be morphing into something new,” she said.

Communications has long been an issue, noted Board of Education Chairman Colin Hosten.

“I think there has been a lot of improvement …  and it still continues to be extremely challenging, or especially in an age of, I would characterize, increasing misinformation,” he said. “It’s so important to make sure you have the proper channels to make sure that our students, families, parents, community, have the right information to make whatever decisions they need to make.”

He said it’s “backed by clearly a very in-depth efficiency study. We’ve got the ongoing communications audit. So, I feel very confident in the work that has gone into making this recommendation.”

Taken from the Baltimore Sun:

On Wednesday, the school system posted the compensation and classification study done by Evergreen Solutions LLC on its website and discussed the findings. On Monday, a CCPS news release announced the error, stating “public school staff found significant miscalculations in the compensation calculations, leading to inaccurate conclusions.”

Point being? Always question the accuracy of such conclusions. With an average Glassdoor and Indeed employee rating of 2.5, it sounds like Evergreen may need an efficiency study of their own.

Brenda Williams has done an amazing job handling communications and getting messages out that are accurate and timely! She has taken on her position after she left Corporate Communications in the private sector to lead NPS and upgrade and majorly improving the communications by all forms. I’m hopeful and she is well deserved to stay and be kept as an employee of NPS. She really is a true asset to the district and we are very fortunate to have her.

A BOE responsible to the community would communicate how many students are meeting CT Edu Dept graduation standards, securing 4 year college degrees and securing admission to first tier colleges. Plus announcing its remediation plans for
improvement. Norwalk taxpayers spend 70% of our City’s budget on our pubic schools.
Are we forever destined to have pubic schools demonstrably inferior to those of our surrounding towns whose parents are very proud of their student’s achievement ?
Or is it best not to talk about our school problems ? Is the problem that paying $300k + isn’t enough to secure competent public schools for Norwalk ? Or do we need elect BOE members with the proven professional abilities and interests to demand much better schools ?

Piberman, public education funding in America is a rigged game. Those other towns spend $3-5K more per child than Norwalk, and those communities are homogenous, so they don’t fight every dollar that goes to their schools — unfortunately, because they consider the kids to be “their” kids, instead of “those” kids, which is the nasty racist nonsense we hear here in Norwalk every budget cycle (“Sanctuary city” and “illegal apartments” are dog-whistles). Until we start acting like all the kids are our kids, we’re going to continue to have these problems.

Here, this article from American University explains the issues succinctly.

Must be easy to just blame racism for everything right? The big boogeyman of racism is responsible for students not meeting education standards…right…. How about give some actual solutions to what Piberman is referring to?

Do the schools really need a Communications Director making $183,784+ ??
Too many layers of fat and very little meat.
As usual, the kids get to suffer from adult mismanagement.