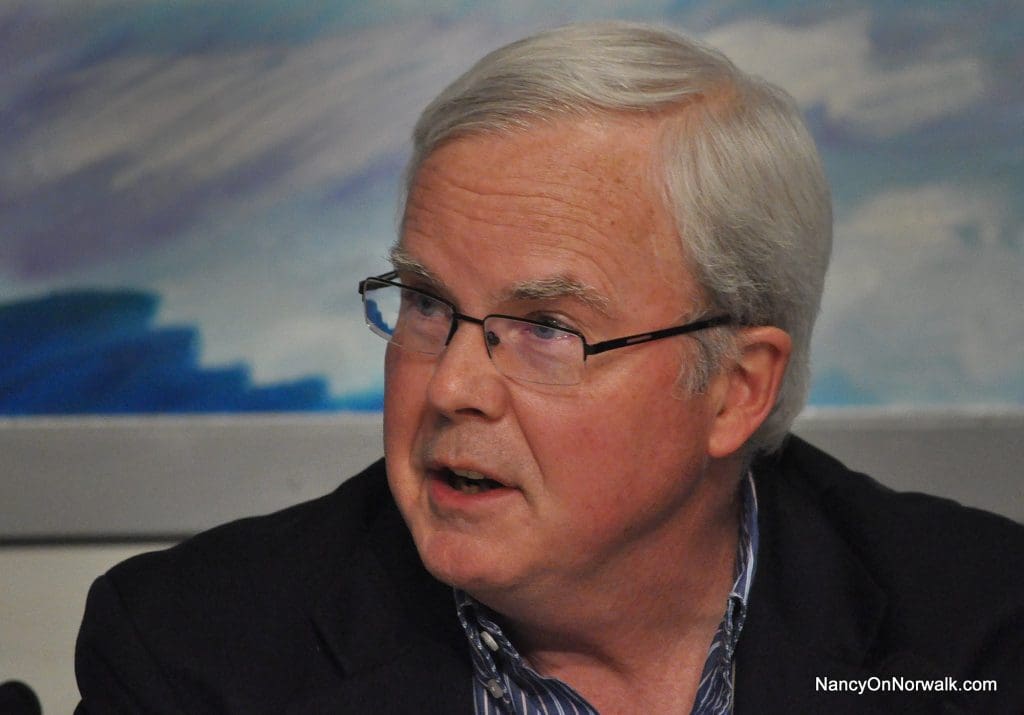 NORWALK, Conn. — It’s a formality, Norwalk Board of Education members said, in moving forward with requesting a 10 percent increase in their operating budget.

Further, rubber stamping the $194 million budget developed by Superintendent of Schools Steven Adamowski will give Norwalk the opportunity to discuss the challenges faced by the Board, in a transparent way, they said.

The vote was 8-0-1, with Shirley Mosby abstaining, after being the first to express “slight concerns” about a 10.1 percent increase as she “has always been for education” but is also a taxpayer. The increase is larger than any in history, she said.

“I am not going to vote no on it because basically we need to have the operating budget but I cannot support a 10.1 percent either,” Mosby said, after denouncing the plan to ask for a $2.5 million special appropriation to cover enrollment growth “at this time,” and saying that she understands that 4.9 percent of the increase is due to health insurance costs.

Finance Committee Chairman Bryan Meek was first to call it a formality, the start of a discussion.

“I will be shocked if we get our full request approved,” Meek said.

“I see the 10.1 number, my eyes bugged as well,” Erik Anderson said, then citing his former service on the Board of Estimate and Taxation to call it a formality, that will be followed by a discussion.

Last year, the Board agreed to take $1.3 million out of its insurance reserve to fund improvements to the Special Education Department, a deal that was carved away from the public’s eyes. The Board also drew down $2.271 million from the reserve to fund the operating budget, Mike Barbis said Thursday.

Anderson on Tuesday agreed it would be shocking if the BoE’s request were met, but said, “We will begin the process of finding that commonality, finding that middle ground where we can work within the constraints of this budget request and what is truly feasible for the taxpayers of this city.”

The elephant in the room is the health insurance issue, Adamowski said, explaining that the budget request would be “reasonable” if not for the $8.6 million increase in health insurance costs.

Heidi Keyes worked off of Adamowski’s suggestion that the Board work with the city to reduce health insurance costs, calling it a national problem and expressing hope that solutions be found.

“I have been on the Board for five years, we have never asked for a penny for that enrollment growth,” Barbis said, asserting that the number of students has gone up by almost 1,000 students in 10 years without the Board getting compensation for the growth.

“Our most recent enrollment growth has been very heavy in needing ‘Special Ed’ services and in English language learners. So, someone is giving permits to build all these apartments and all these units and allowing for the population growth that is taking place here, and we can’t ignore it,” Barbis said, although consultants and Adamowski have said that most of the enrollment growth is due to the birth rate, with immigration second and, finally, the new apartments.

“A lot of these residents are living in units that aren’t paying taxes,” Barbis said. “Some of them are living in units that are illegal multi-families, and those landlords are getting away with it. The city should be putting pressure and the Zoning Department should be going out there, finding these illegal multi-family units where landlords are not paying their fair share of local taxes.”

“Everybody on the Board reacted the same way to a 10 percent increase, but I think, as Miss Mosby pointed out, our base budget increase is only about 1.5 percent. This is not a budget increase that is being driven by out of control spending, by any means,” BoE Chairman Mike Lyons said.

Lyons again drew attention to the city’s requirement last year that the Board pull money out of its insurance reserve to cover non-insurance expenses, saying that the Board could not cover the entire increase out of the reserve, although the increase is $8 million and amount taken out last year was $3.571 million.

Rather than laying people off and giving up on strategic improvements, “I think we need to go to the city and say the health insurance issue is a city issue, not just a schools issue, and we need to figure out a way to solve that problem structurally in the long term,” Lyons said.

The Board has had lower budget increases over the last few years than almost all city departments and schools are a proven driver of property values, he said, concluding that thought with, “If the solution to this is simply to cut off our tail ultimately the city will suffer as well.”

Enrollment growth is a perfect example, and, “It’s important for us to communicate to the city that this is the kind of costs that we are absorbing because of the growth we are experiencing, which the people on the city-side, the Zoning authorities, whatever, have not been factoring into the equation,” Lyons said.

“You can’t say, ‘Let’s have a robust, growing city and let’s build apartments all over town,’ … add 1,000 kids to the school system and then point at us and say, ‘You guys are spending too much money,’” Lyons said, adding that the Board knows the budget will get attention but that attention is needed.

Sherelle Harris said she agreed with Mosby, although she understood the process of beginning a dialogue.

“If we do increase the budget people are going to want to see an increase in numbers as far as the scores and what the children are learning, so we need to keep that in mind when we are talking about the budget.

After the meeting, Lyons and Barbis confirmed recent information that the new apartments have produced 35 new children for the school system, although Barbis said you have to consider which apartments are being talked about.

Even 1 Glover Ave., which has “no parking” and is out toward Wilton, has children, he said, with its own school bus stop.

Not only is the birth rate high but 75 percent of the babies born in Norwalk go on to attend kindergarten here and stay in the school system, an unusually high rate, they said.

You can’t always have what you want should be the rebuttal to this egregious budget request. Special Ed last year, health insurance this year . . . where does it end and when will the BOE quit operating in a bubble by perennially disregarding the taxpayer and jeopardizing the city’s finances? The long-term operating plan for the BOE continues to blatantly disregarded cost controls and now is turning to the city to foot the bill. Accountability anyone?