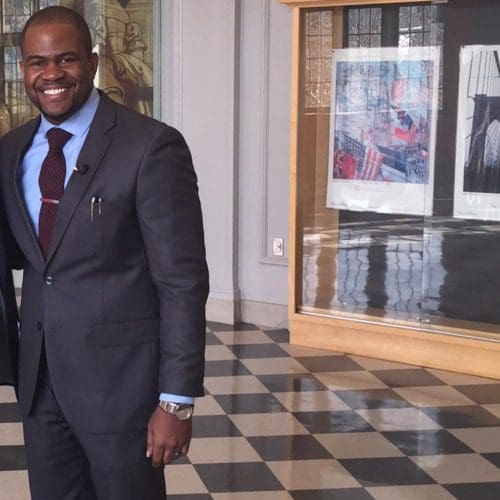 NORWALK, Conn. – A massive deficit in Norwalk Public Schools leadership is set to be filled Tuesday by the Norwalk Board of Education with the hiring of a chief academic officer and an interim chief operating officer.

“We’re very pleased with Dr. (Steven) Adamowski’s choices for his top two reports,” Lyons wrote in a Facebook post. “On top of some excellent new principals, we are building a strong management team committed to implementing our Strategic Plan.”

“Conner will develop, implement and coordinate Norwalk’s preK-12 curricula and educational programs and services, including curriculum, instruction, assessment and professional development,” the board packet states. “… Cicchetti will provide support in several areas including operations, academics, talent and finance, until key vacancies are filled with permanent employees.”

Conner lives in Milford and has been Windham Public Schools assistant superintendent of teaching, learning and leadership for eight months, according to his LinkedIn page. Before that, he was principal for the Augusta Lewis Troup School in New Haven for just over four years. From August 2008 to January 2011, he was an assistant principal at Celentano Museum Academy in New Haven and from December 2007 to June 2008 he was a curriculum specialist.

Conner’s oldest resume entry is as a fourth-grade teacher in New Haven from August 2003 to December 2007.

The “new” 2 Mikes sound great and will bring some great talent and leadership to Norwalk Schools. Let’s hope that they plan on staying around awhile and the usual BS as is clearly documented doesn’t chase them out of town…This is all part of our NEW BEGENING & Continuing great work and results that have already been put into motion! I think under Mike Lyons leadership and hopefully some new members elected this board will be more unified then ever! We have a great core now with, Mike & Mike, Artie, Bryan & Heidi! Now is our chance to really make big strides in our schools!

Working only 16 days a month for $175,000 sounds like a pretty good deal for retiree Ciccetti as interim COO. Is a continuing search for a full time COO expected to find someone to fill that position before the end of the year ?

I’ve heard from friendsabout Dr. Cicchetti regarding his work in Darien. If what I heard was accurate, and I’ve no reason to believe it wasn’t, Norwalk will benefit greatly.

Oldtimer, the search continues and we have two strong candidates for the COO position. However, their availability may be several months off, and there is too much going on in NPS right now to leave the position vacant in the meantime. Dr. Ciccahetti is an experienced administrator who can bridge that gap for us.

So I read the payment as based on 175k a year and is .8 of that salary…..but only working 16 days a month…how does that work out to be .8? Why would he ever want to work full time??

Parent, Dr. Cicchetti is retired and does short term assignments like this for various districts. He has no interest in taking the job full time; we are evaluating other candidates to fill it full time.

I am an educator in Darien (and worked previously in Norwalk) I had several interactions with Dr. Cicchetti in various roles (serving on evalaution committee, union issues, etc). He is a consummate professional, and is a tremendous hire for NPS. We should be so lucky as to fill the position permanently with someone half as qualified and respected. Bravo

I just pray that they have no plans to bring back Eieio longo. He along with Daddona and Dylewski were three peas in a pod, always together and acting as though they were the only honest and intelligent people in the schools.

Thank you for both your response’s Mr. Lyons.