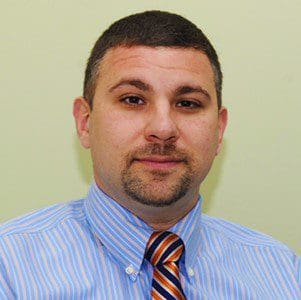 NORWALK, Conn. – Robert Pennington is continuing his climb up the ladder at Norwalk Public Schools: he will be Rowayton Elementary School’s new principal on July 1.

Rowayton students already know Pennington, as he’s been Curriculum and Instruction Site Director (CISD) since 2017, a NPS press release said. Pennington has been with NPS for nearly 14 years, according to his LinkedIn Page.

“On behalf of the school community, NPS Superintendent Dr. Steven J. Adamowski expresses his thanks to Joe for his outstanding service at Rowayton, and the development of Rob Pennington as his successor,” the release said.

Pennington was recommended for the principal position by the Rowayton School Governance Council, which conducted an extensive search and considered “a large number of external and internal candidates,” the release said.

The Board of Education is expected to confirm his appointment Tuesday.

“In his new role, Pennington will continue to promote positive school culture, while implementing educationally rigorous programming for all students. He will also support professional growth for staff, and continue to encourage parent involvement within the school,” the release said.

“Rob has been an integral part of helping Rowayton meet high academic standards for all students,” Adamowski is quoted as saying. “Rowayton is part of a select group of schools to have been named a Level 1 School of Distinction by the State. Staff and students have worked hard to earn this achievement, a status that Rob will continue to pursue as he moves forward in this new role.”

“Pennington is also invested in the positive integration of technology into every day learning. He served as the district’s lead technology coach, and collaborated with teachers, administrators and superintendents across the county to bring Edcamp SWCT to Norwalk. The popular ‘unconference’ provides participants opportunities to explore varied topics of interest.

“He also held the position of CISD at Brookside Elementary School, where he created and implemented a before-school intervention program for students in need of academic support. This program was instrumental in helping the school to narrow the achievement gap.  Pennington has provided similar interventions for students at Rowayton School.

“Prior to his assignment as a CISD, he taught social studies at Roton Middle School.  During his 11 years at Roton, he was a team leader and director of the Carver Foundation after-school program.

“He earned his Sixth-Year Certificate from Sacred Heart University, holds a Master of Arts degree in Special Education from Fairfield University, and a Bachelor of Arts in Secondary Education, with a concentration in Social Studies, from Niagara University.”