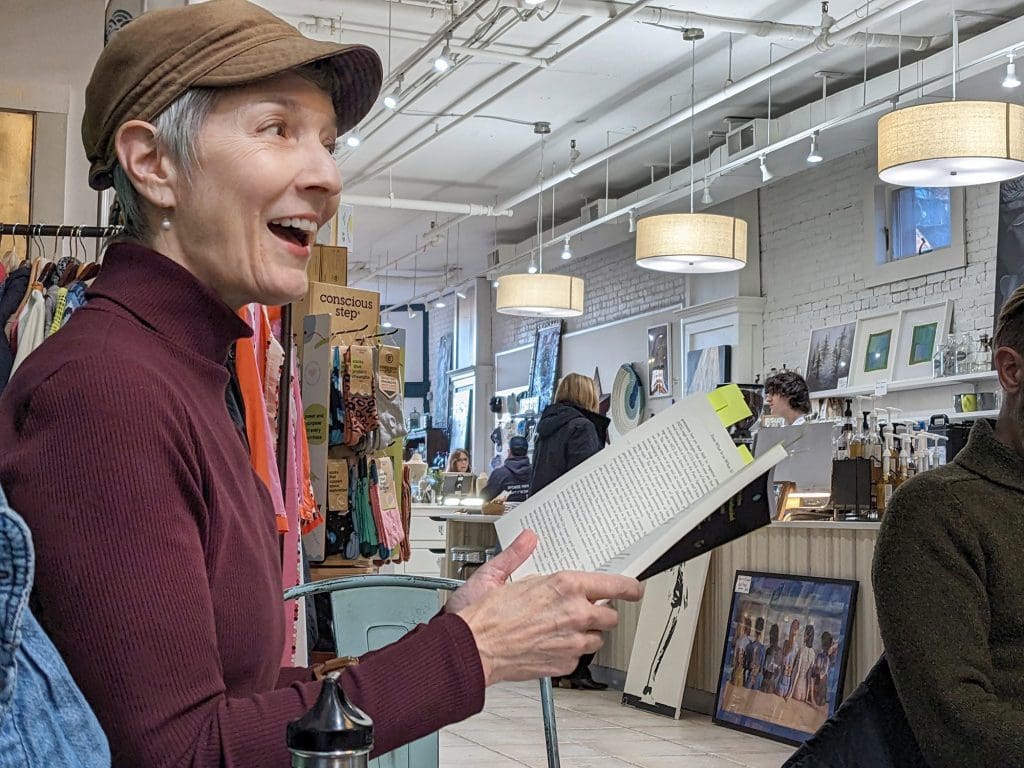 Crazy “what if” ideas developed by organized groups can lead to action even if it appears unlikely, Cozzarin said at a progressive book group she organized along with Sarah Roy, a Fairfield resident. Her favorite example from Hopkins book, “From What Is to What If,” is the effort to make London a park city. Hopkins asks, “What if you could swim safely in all of London’s canals? What if all residential streets were play streets? What if every street had public art?” And people are working on it.

“Only a crisis, actual or perceived, produces real change. When that crisis occurs, the actions that are taken depend on the ideas that are lying around,” said the Rev. Daniel Simons, pastor of St. Paul’s on the Green Episcopal Church, quoting another passage.

Community-minded citizens need to develop “alternatives to existing policies to keep them alive and available until the politically impossible becomes the politically inevitable,” he said. “It’s worth having these crazy ideas that nobody’s going to follow in the next three, five years, whatever. Because if we didn’t think them now, they wouldn’t be around to pick up off the floor.”

Hopkins describes our era as suffering from “increasing imaginative poverty.” The “power of imagination” needs to be unleashed to address the world’s challenges.

Cozzarin spoke of a concept used and promoted by Simons.

“We might come up with ideas and they seem like they’re sitting on a shelf, or they just don’t go anywhere,” she said. “That’s known as a liminal space, liminal times, where you think nothing’s happening.” Instead, waiting and being patient might bring a pleasant surprise as thoughts percolate.

“It’s like something came up, went up in the air and then came down, just landed like on a cloud,” she said. “So even though we have ideas and they don’t happen right away, we have to have faith that it’s in that liminal space and it will eventually land.” 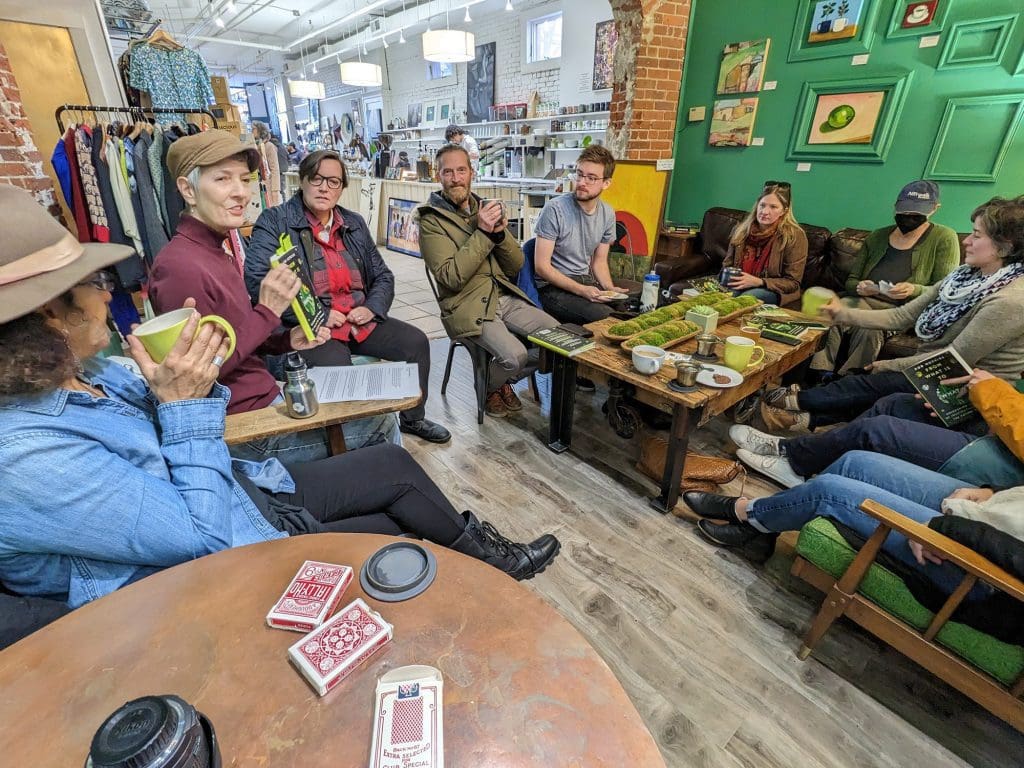 This inspiring new book, “From What Is To What If: Unleashing the Power of Imagination to Create the Future We Want” is well worth reading as we move into the new year. Imagination is a skill we would do well to dust off, as it might be just what we need in order to solve some of the most difficult issues in our world today.

For Norwalk, and other communities, groups the come together to either solve a problem, start a new venture, or support their community can use the “What If” model to dialogue in a respectful way of vision and fine-tune to create goals and actions that are meaningful to all. Finding time to be playful, to enjoy life, and also allow our longing for positive change to take root is “at the root” of asking, “What If…?

Here is an opening quote from the author, Rob Hopkins:
“WHAT IF…
All people’s imaginations could flourish… To feel safe, connected to other people,
nourished with good food, surrounded by hopeful narratives of the future,
invited into what-if spaces, exposed to art in all its forms, not feel under surveillance
or time-pressured, in as equal a society as possible, able to make meaningful
contributions, and exposed to nature as often as possible in their daily lives.

Imagine a world such as that!”

I’d like to offer another “What If” book club at Eco Evolution in its welcoming community space sometime soon. Let me know if you’re interested in attending! [email protected]

I would be interested in attending the book group if it is offered in the evening and on weekends. Thx, tomassina