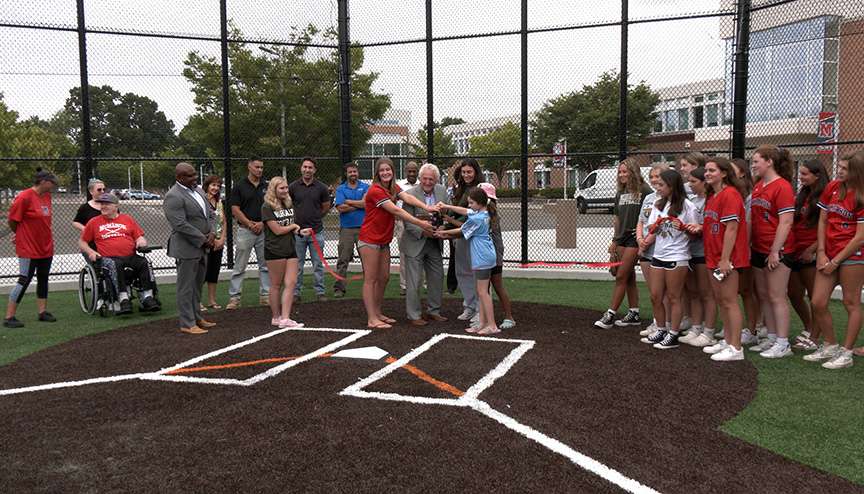 “This is a state-of-the-art field, but it’s a multipurpose field as well, because all the bases can come up. So it can be used for lacrosse or soccer, field hockey, or whatever,” Mayor Harry Rilling said.

The new field is in the same location as the old one, but its direction has flipped to face in the opposite direction. It’s gone from natural grass to Astroturf, keeping it “significantly cooler during hot weather while providing cushioning to absorb impact and traction for the players,” a City news release said.

The new 30-foot-long dugouts include batting cages and the state-of-the-art scoreboard can be controlled remotely, Rilling said. “Beautiful lights” will allow night games and there are bleachers for parents. 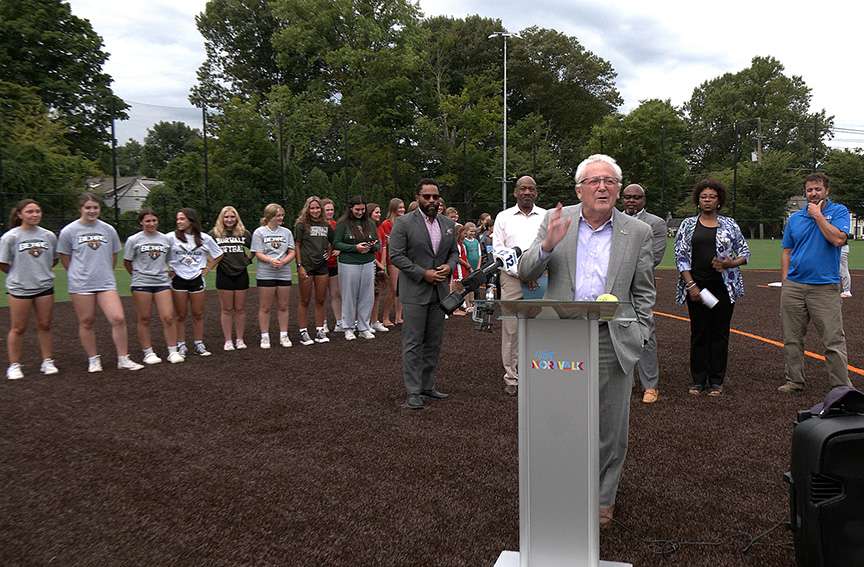 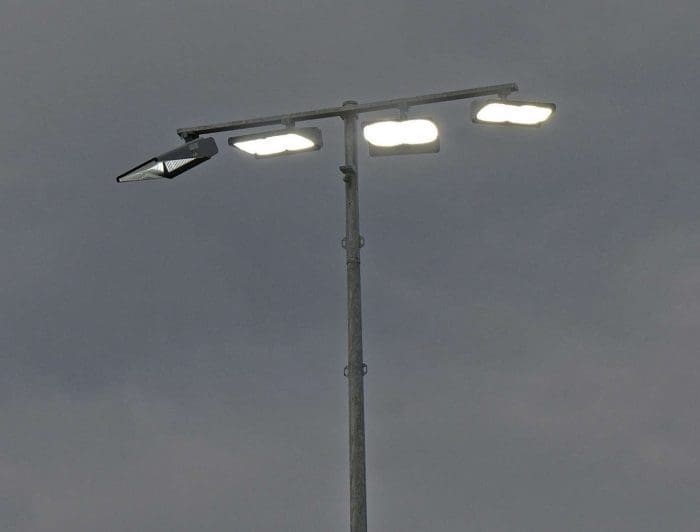 The field generated controversy last year when neighbors protested that the lights and other factors would damage their quality of life. Norwalk Zoners approved it in May 2021, saying that they believed modern technology would allow the City to restrict light as much as possible.

Astroturf also inspired pushback and three members of the Democratic-dominated Council abstained on the vote to go ahead with that plan.

“This is a great addition to our inventory of sports fields,” Norwalk Recreation and Parks Director Robert Stowers said Wednesday. The lights “are wirelessly controlled, designed to illuminate only the field and set to turn off automatically” and the CoolPlay turf is permeable, sending water to an underground drainage system. 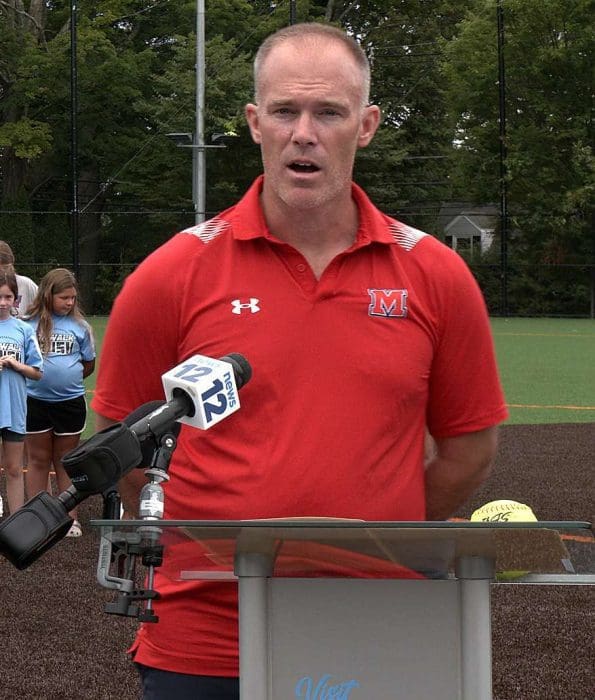 “The field prior to this had one of the worst drainage systems around. It would rain and the girls would be in the gym for 48 to 72 hours,” Brien McMahon High School Athletic Director John Cross said. “We don’t have to worry about rain anymore. And that’s going to elevate the level of play for all of our girls in the city of Norwalk.”

Safety nets aim to keep the ball in the playing area, Stowers said.

“I think it’s incredible that we were able to accomplish this in nine months considering coming out of COVID. And just the things that have happened so far,” Recreation and Parks Committee Chairwoman Darlene Young (D-District B) said.

“Norwalk should take a lot of pride in that we probably have one of the best athletic facilities out of any city school in the state,” Cross said. “I know people are going to be envious of every opportunity that our both our girls and boys have.”