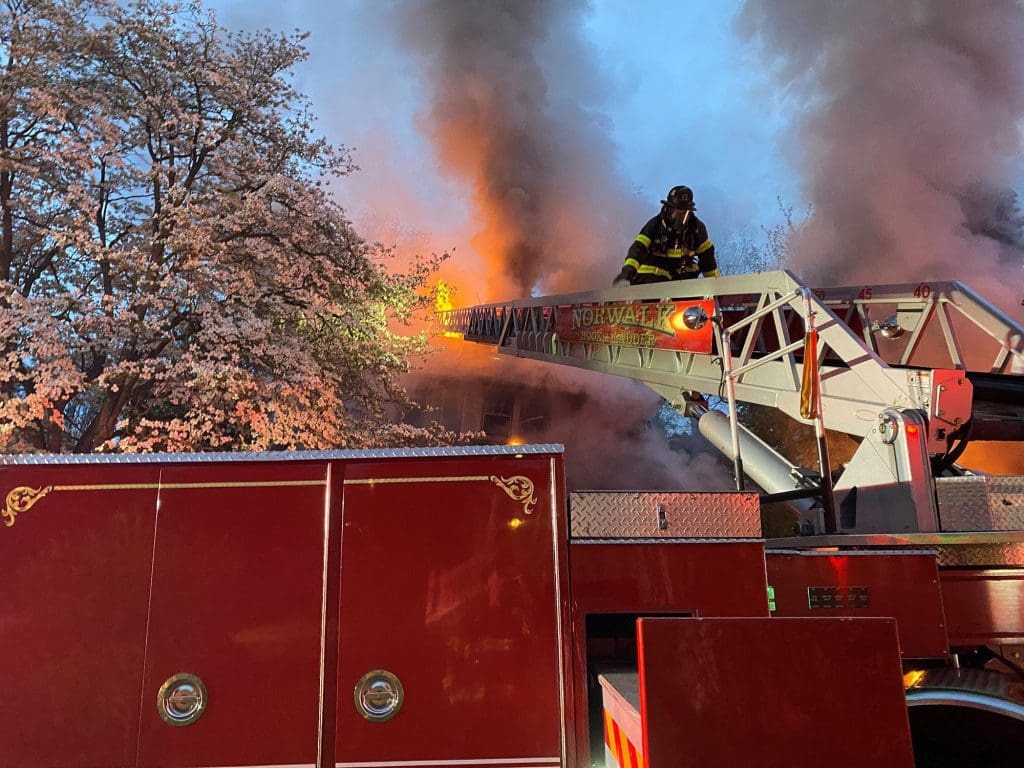 NORWALK, Conn. – A 7-year-old child died Saturday after being pulled from her burning home by Norwalk firefighters.

The fire at 7 Nelson Ave. was reported at 4:58 a.m. Firefighters arriving minutes later found heavy fire on the front of the house, a burning power line down across the street and two vehicles burning in the driveway, a news release said.  A man and woman had escaped the fire with their 9-year-old son and were in the backyard, attempting to rescue their 7-year-old daughter, who was asleep in a second-floor bedroom. The father had broken his arm and suffered burns when he fell while trying to climb to the window.

Firefighters immediately raised a ladder to the window, the news release continued. One firefighter climbed inside the burning room, found the child and passed her out the window to firefighters on the ladder, who carried her to the ground.

Norwalk Paramedics transported the child to Norwalk Hospital, where she was reported to have succumbed to her injuries. The other family members are being treated at Norwalk Hospital for smoke inhalation, minor burns, and injuries.

The fire escalated to three alarms, with all Norwalk fire companies working on scene and mutual aid station coverage provided by Stamford, New Canaan, Westport, and Rowayton fire departments, the release said. One Norwalk firefighter suffered burns to his face and was treated on the scene. The Norwalk Fire Marshal Division and the Connecticut State Police are investigating the cause of the fire. 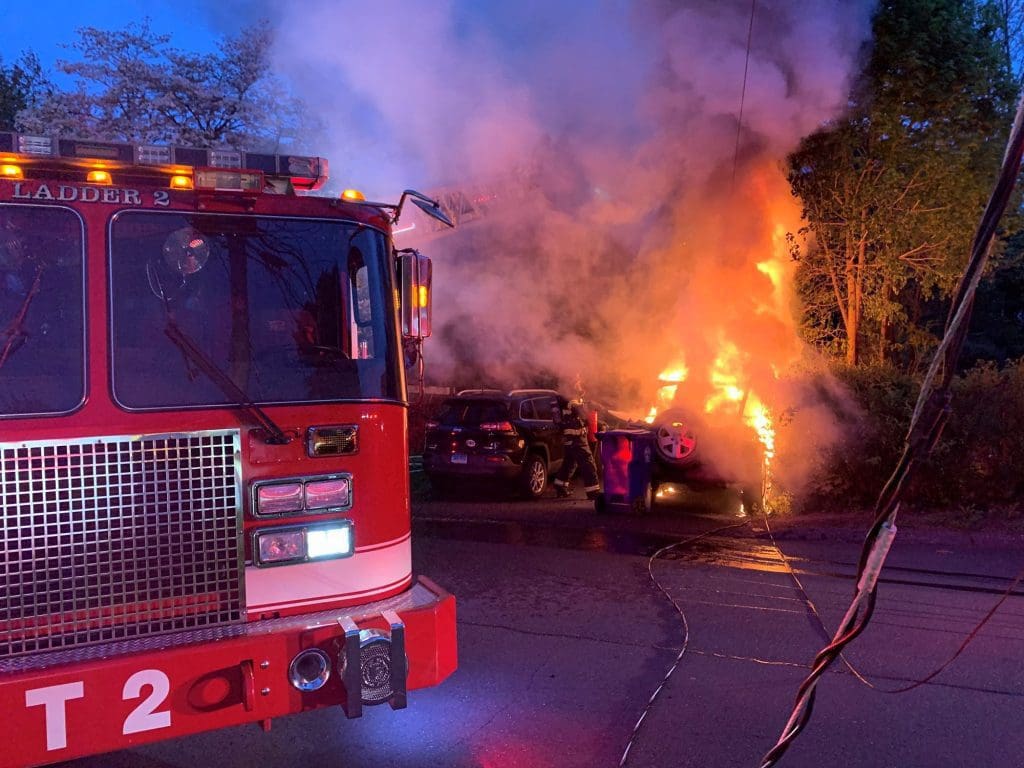 This is a sad, sad day. I heard all the sirens at 4:30 and thought, “this has to be a major blaze”. We can all pray and support this family in their grief, healing, and recovery. RIP little 7 year old angel. Gone way too soon.

What a terrible tragedy for this family. My heart ♥️ goes out to them. May their little one Rest In Peace in heaven and may God give them strength to deal with the loss of their child.

I heard the sirens… when I learned what happened, Oh I felt so down, they tried to get her out and save her. MY SINCEREST CONDOLENCES TO HER LOVED ONES.
Some times no matter what we learn in school and discuss with each other at home, there is no way to understand how fire moves and how impossible it is to see and breathe when trying to get out or save someone or our selves.
I share this, a firefighter my daughter was very close to, took his life just over a year ago. Please show love to our first responders too, we have no idea what they witness and risk each day they work.

I baked a cake for the E-4 engine company, and wrote them a note thanking them for their hard work. It must be so devastating for the fire fighters. Please reach out to your neighborhood fire fighters. this has got to be so hard for them.