NORWALK, Conn. – Energy efficiency upgrades to City Hall’s lighting and heating systems are well along and well worth it, said John Kydes, chairman of the Mayor’s Energy and Environment Task Force, who invited reporters Friday to a news conference and tour of the building to see some of the improvements.

“The end result exceeded my expectations,” said Kydes. “We have dramatically reduced City Hall’s energy costs with little out-of-pocket expense, which is key to any municipality.”

Mayor Harry W. Rilling said energy conservation “helps Norwalk go green, let’s us be a better inhabitant of our planet, which we all have to be in order to reduce our carbon footprint.”

A news release Kydes distributed says the reduction in electric consumption due to more efficient lighting fixtures is estimated to result in a cost savings of approximately 50 percent, amounting to $50,000 a year.

The project also will receive $160,772 in incentive funds from Connecticut Light & Power, as well as a zero percent CL&P conservation loan to be paid back through reduced consumption of electricity.

Since last November, City Hall has been heated by three high-efficiency, gas-fired, condensing boilers rated at 96 percent efficiency, the news release says. These replaced two boilers that were installed when the former Norwalk High School building was rebuilt to serve as City Hall in 1986.

The changeover to the new boilers cost around $280,000, and received a comprehensive incentive grant from Yankee Gas of $60,000.

The boilers are projected to result in an annual savings of more than $30,000 due to reduced gas consumption.

City Hall’s heating, ventilation and air conditioning systems are now also jointly controlled by a computer monitoring system that enables them to be overseen and adjusted remotely. 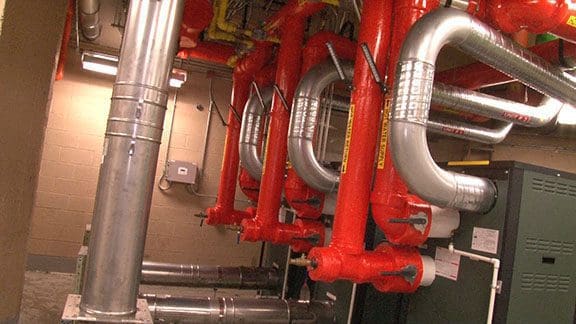 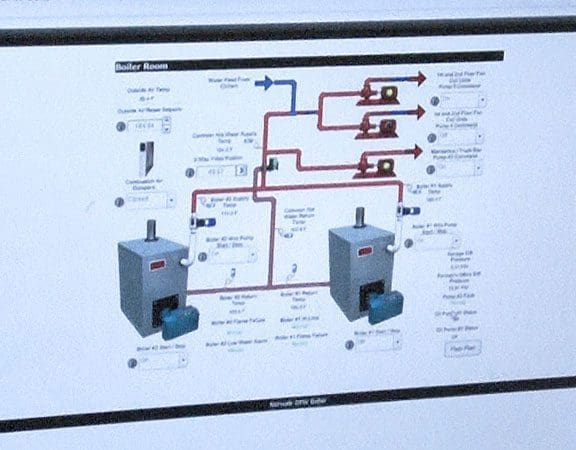 “helps Norwalk go green, let’s us be a better inhabitant of our planet, which we all have to be in order to reduce our carbon footprint.” tsk tsk tsk Harry, plagiarizing your former boss and friend Alex, from a dozen years past, with the last upgrade? Thought no one would remember, eh? Seriously, new boilers should help, sure looks tight and efficient. And its great least one decent grant was available, win win. See, we can do what’s right and prudent when we work together.

Keep up the good work. We need elected officials to show long-term frugality with our tax dollars. Too many from both parties view our taxes as a free pot of money to be spent in furthering their own personal political ambitions.

Saving money on electric bills is easier than saving money on personnel costs, because there is no union fighting for higher energy consumption. I still have unanswered questions about the recent police contract. I believe most if not all of the city’s unions have taken a pay freeze for one or more years. Why hasn’t the Norwalk PD? How hard did Mayor Rilling’s new personnel director negotiate? Was there any connection between the contract outcome, the firing of the former personnel director, and the Police Union’s decision to endorse Rilling in the most recent election?

Now how about making the stairwells more user-friendly? That would cut down on elevator use, especially when people only need to go up or down one floor. Having the stairwell door open and installing a well-placed directional sign would make it easier for people to use the stairs.