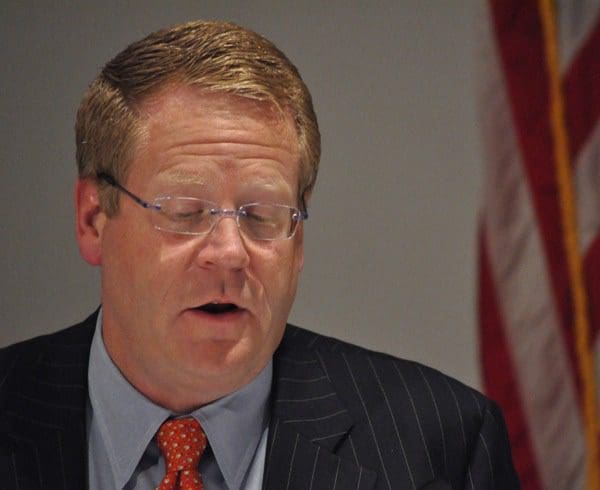 NORWALK, Conn. – A message is on the way to the state and the feds, courtesy of the Norwalk Common Council, led by Councilman David McCarthy (R-District E).

The Council on Tuesday unanimously approved McCarthy’s resolution against the non-therapeutic use of antibiotics on livestock. Councilman Bruce Kimmel (D-At Large) said it is good idea to weigh in, and Missy Conrad, the only member of the public to address the Council, commended McCarthy for the “fine proposal.”

“We the people must tell the legislators… what we want to help them focus,” Conrad said. “This year it is reported that India does not have one major city with a clean water supply. People there buy and use their antibiotics indiscriminately, no prescription required. This sets the stage for the growth of super germs. This is unsafe for all of this on this one Planet Earth.”

McCarthy said Council members had gotten 12 to 15 emails on the topic.

“Unfortunately some farms give animals low doses of antibiotics to compensate for the overcrowded and filthy conditions that lead to disease,” McCarthy said.

This “creates the perfect stew for bacteria that are resistant to antibiotics to spread,” putting everyone at risk, McCarthy said.

You can vote with your pocketbook, he said. Stew Leonard’s has a line of “naked meats,” which do not contain any antibiotics, he said, making note that this was basically an ad for the employer of Majority Leader Doug Hempstead (R-At Large).

McDonald’s, Costco and Chick Fil-A have all announced that they will stop selling chicken that comes from a farm using antibiotics non-therapeutically, he said.

“I think this is sort of a grass roots effort,” McCarthy said.

“It’s a good idea for local legislative bodies like the Norwalk Common Council to weigh in on these issues,” Kimmel said. “It does have an impact nationally when there’s hundreds and hundreds of local governments saying stop doing something. So even though it’s one resolution, it has more of an impact than we realize.”

Whereas, McCarthy’s resolution says it all: