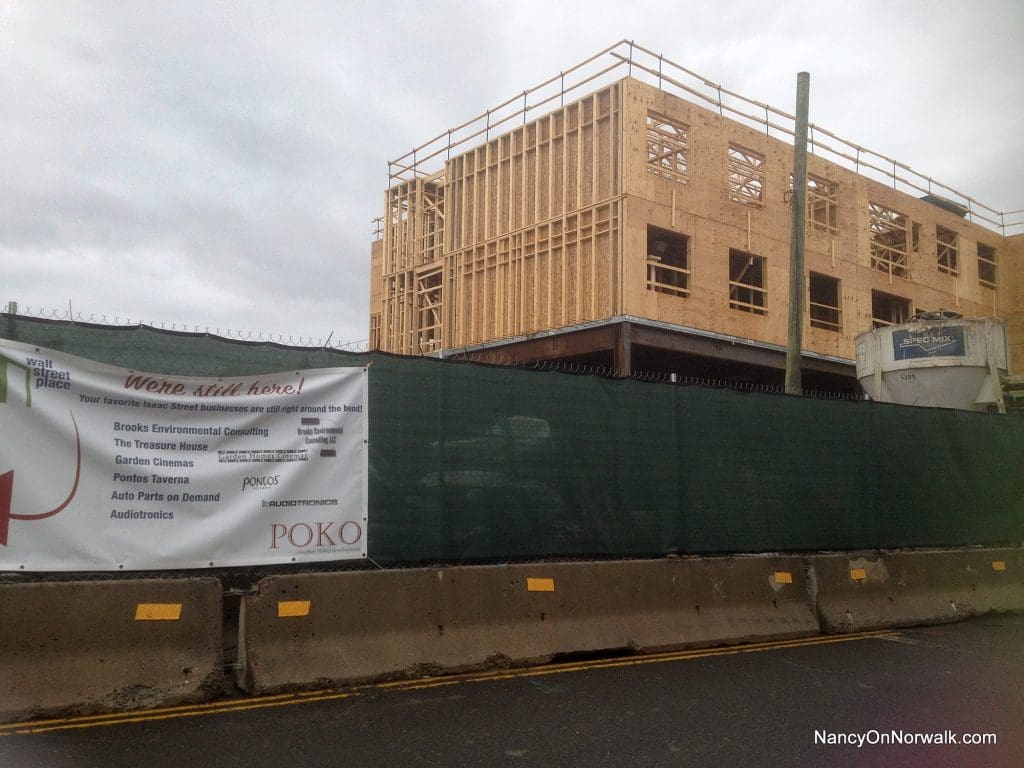 Construction on POKO Partners’ mixed use development on the corner of Isaac Street and Wall Street had “stopped cold for the last week,” a Wall Street merchant said in a Saturday email.

“There is no sign of life on the job site.  Rumors are traveling that there is a public announcement coming shortly (from the City of Norwalk) and I suspect financial problems that may stop the project,” the merchant said.

Mayor Harry Rilling said Monday that actually there is work on the site every day, people doing “little things.”

“We have been advised that the project will be moving forward,” Rilling said. “It may be slow until they sort ‘it’ out.”

“POKO has identified a project gap and Citibank actually has the principal loan on the entire project,” Sheehan said. “What POKO does is go for a draw from Citibank off of the original loan. So it’s not like all of the money comes into the project all at once, Citibank approves your drawdowns as you progress through construction. So (now that) they have identified the gap, now Citibank has said, ‘Wait a second. We need to figure out where we are in terms of the project cost before we can jump in.’ So that’s it.”

It’s widely known that Ken Olson, president and CEO of POKO Partners LLC and POKO Management Corp., is ill. Another source close to the situation said that Olson has a big presence and has all of the facts and information in his head. Other members of the firm are not as familiar with the project, the source said.

Sheehan said that’s not the problem.

“It really was more about the project gap,” Sheehan said.

The project is a go, Sheehan said.

“The discussions I have had with Citibank, I am very confident that the project will be completed,” Sheehan said.

“We will have an informational meeting to bring the residents up to speed,” Rilling said. “We hope to get that back moving forward very soon.” 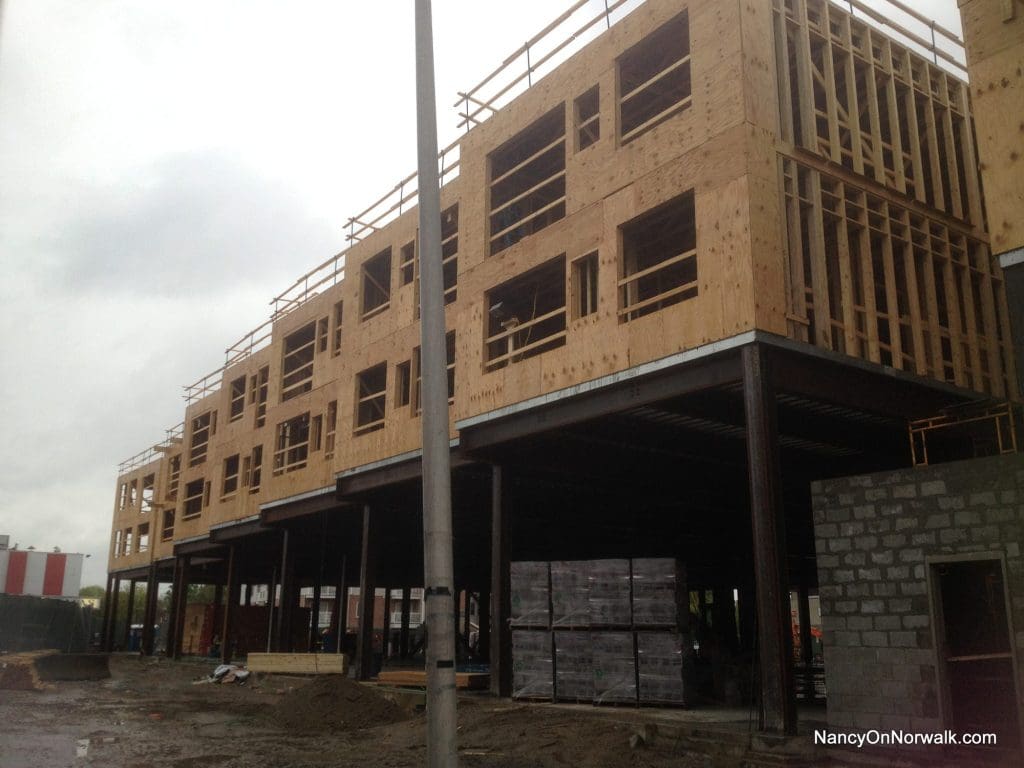 In this interim financial issue, the partially completed structure remains open to the elements.

Construction fabricated wood, even if “treated”,(not likely in this case) should not be exposed to the elements for an extended period.

Who will be responsible for signing off that no exposure damage has been detected?

Maybe they will scrap the robotic parking garage idea. It seems ridiculously expensive and a liability for damaging people’s cars.

Hopefully this wont become another “Duleep” event. I trust our District A reps will spearhead a quick resolution.

I agree with Adolph – to leave this wood structure exposed to the elements invites costly damage. I do find it strange that a savvy group like Citibank would let the asset that collateralizes their loan be subject to on-going damage.

Best left just as it is now…blends perfectly with Duleep’s death trap.

Mike McGuire – ask your three representatives if they supported James Cahn, a District A, qualified, non-partisan resident wishing to serve on P&Z or did they go with the dysfunctional, small minded status quo? Rest assured, they’ll be retired, not live in District A and be a close friend of somebody’s! Can’t wait to see who the next pick is.

Isn’t it time we hold the redevelopment agency accountable?

Don’t any of you care that Ken Olson (allegedly) is seriously ill? I understand the frustration, but where is the compassion? I’m no fan of the way the Redevelopment Agency is run, but my God I can wait one day to criticize them and choose instead to hold a good thought for Ken’s recovery. Tomorrow is soon enough for me to call out certain people’s financial motives in slamming another Wall Street neighbor. Today, I wish Ken Olson nothing but the best of luck with his health situation.

Again, downtown Norwalk gets the short end of the stick. God forbid something like this should happen in Cranbury/Rowayton/Silvermine.