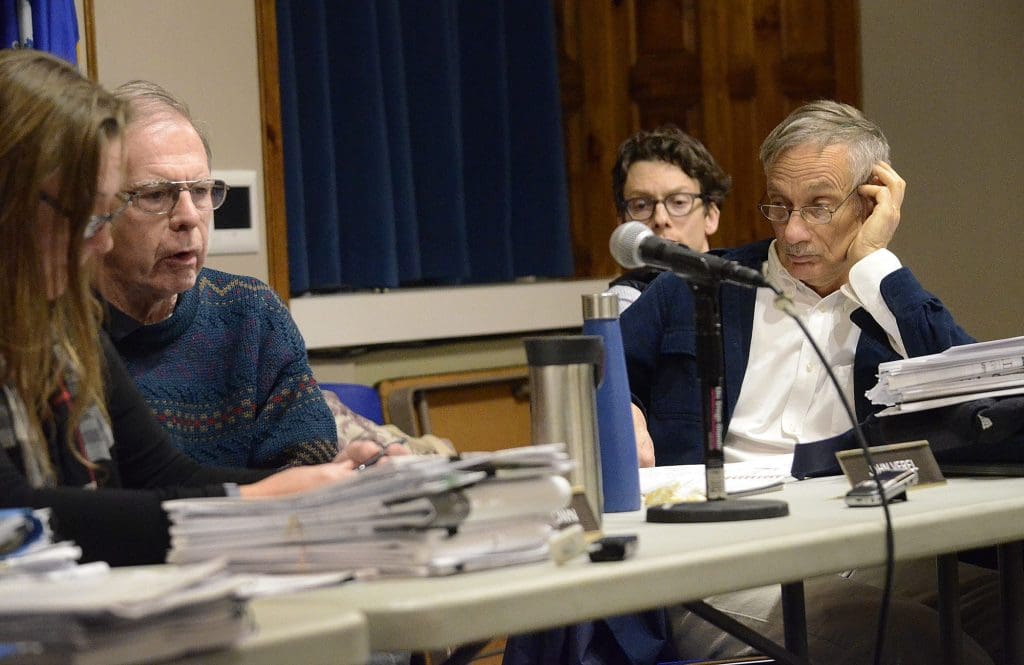 NORWALK, Conn. — Norwalk Conservation Commissioners are flummoxed over a Westport developer’s request for vehicle access to a pedestrian path in Norwalk.

Commission Chairman John Verel said Tuesday that he feels torn by the proposal, which he characterized as “fundamentally a proposal to build a road though the wetlands” – one that is “not needed.”

The request came from Summit Saugatuck LLC developer Felix Charney, who is suing the town of Westport over its latest of seven rejections by the Planning and Zoning Commission.

Charney is seeking to alter a conservation easement granted in 2006 to allow emergency vehicle access to the apartment complex Summit is trying to build. The Norwalk Commissioners were given 94 pages of legal rebuttals stemming from December’s public hearing discussion, that includes language suggesting Summit already has property rights to the path.

The path in dispute, used by the East Norwalk Avalon, would need to be widened to accommodate emergency vehicles. Attorney Keith Ainsworth, representing Westport residents who oppose the proposed development, said the language of the easement actually drafted Summit out. The developer has a right to apply for a change in the easement, Ainsworth added, but Commissioners “don’t have to give them an inch on it. You don’t have to allow them to do any damage on it.”

Later, Commissioner Steven Klocke described the request as “irrelevant to us,” “just an end run around a roadblock that has been put up, and now we have to spend our time muddling through it.”

Also in the mix was Summit’s lawyer, Tim Hollister, who told the Commissioners that the lack of two emergency access points was a factor in Westport’s denial. But Norwalk Fire Marshall Broderick Sawyer doesn’t think it’s necessary to have two, given the proximity of fire stations.

While Hollister also encouraged commissioners to seek legal advice, he noted that Westport is being defended in the Summit lawsuit by Bercham & Moses, and Norwalk’s Corporation Counsel, Mario Coppola, is a partner in that firm.

Commissioner John Moeling, who referred to Hollister’s legal rebuttal as a “booklet,” said he has not been persuaded to sign off on the easement.

“I’m not persuaded there’s no alternative. I’m not persuaded that the physics is going to work out the way it’s been presented. I just have visions of a, you know, some sort of vehicle hitting an iceberg and sinking despite the fact that everybody said it couldn’t.”

Commissioner Ed Holowinko professed to be “leaning into denial, resolution for denial. …We as a commission who basically owns this land, has every obligation to protect it. And the conservation easement is very specific to what can and can’t happen.”

Klocke predicted that the path, if approved, wouldn’t be used any more than it is now, and that under the developer’s stewardship, it would “go to seed just like the current version has.” He said the developer made the request as part of a larger strategy to get the town of Westport to greenlight the complex.

Commission Chairman Verel pulled no punches in stating his position: “I could care less about Westport,” he said.

The Commission is set to consider the matter on Jan. 28.

This should really be a no brainer for the commission in a flat out “no”. If our commission is struggling with such a clear cut case, no wonder Norwalk city government remains so dis-functional!

This article is spot on and at the same time a bit off.

This is not a Westport want. This is a developer’s want. One of the same people who wanted to build 3 apartment buildings on Norden in 2006. This is simply the 4th apartment complex that was planned all along that has been opposed since that time.

In 2006, Westport residents aided Norwalk neighbors in defeating that 3 apartment project to protect the greater community and negotiated the 1 building that exists and the 11 acres of open space. Part of the deal was no road was to go through that open space, backed up by a conservation easement.

During public comment now on this “developer request” to build a road in the open space, the majority of people who opposed it were from Norwalk. Many said we are here because we are one community. We are. And that the open space was part of the overall deal which the community and both towns relied upon when approving the 1 building.

That fact is that there is open space and no road was to go through it. Changing the easement for the benefit of one developer and with no benefit to Norwalk or the environment should be a non starter.

As one of the Westport people who was there in 2006 and stood with Norwalk friends and helped save that land, I am hoping Norwalk commissioners now do the same, stand with us and preserve this land and the greater community.

17 years of interacting with a developer and his legal minions have certainly given them plenty of billable hours but they are no closer to telling the truth about this 187 unit nightmare planned for my street then they were at their very first attempt back in 2003!
Our community effort in the name of Save Old Saugatuck/SOS is acutely aware of the
“selected omissions “ aka lying……that have been a part of every application and every presentation during these 17 years of Summit Saugatuck LLC trying to destroy an historic neighborhood of affordable housing that serves as a successful model today for all that “affordable housing” is meant to be.
The Norwalk Conservation Commission was subjected to the bullying and disparaging remarks that is Attorney Tim Hollister trademark behavior. No surprise.
Hope as many people as possible can turn out for the next meeting in support of the Commissioners.

As a Saugatuck resident I can tell you there is unified opposition to this development and concerns around shoehorning it into a wetlands area and unrealistic assumptions made for traffic and egress into an already traffic congested location. VOTE NO!

just say NO. IT is not needed and the developer is just looking to get around the original agreement.

Why does Westport oppose building affordable housing in Westport? Maybe not on the site being discussed, but in general. If Westport did their fair share, then the burden would not be on their friends in Norwalk.

If it is a no brainer why think about it. It is simply NO!

I understand your concern, but is not about affordability, it’s about profitability. For 12 years of the 16 of this proposed project there were no affordable units being proposed. Only by offering some affordable units, was the developer then allowed to quadruple the total units proposed. It’s all about return on their investment, not some civic responsibility.

Come walk this small naturally affordable, working class, neighborhood and understand why turning 10 single family homes into 5 4 story apartment buildings right next to and in the middle of other homes is why this has been opposed.

FYI – Westport in the last few years has created almost 200 units of affordable housing, with the State Housing Authority congratulating the Town for doing so.

“Almost 200 units” is a drop in the bucket. Westport’s 3.4% of affordable housing is well below the State mandate of 10%. FYI – Norwalk is at 12%. I’m sure you would agree Westport could do more. The question is why Westport has not.

I too wonder the same as Mitch Addis. Westport has rejected this developer’s multi-family, 10% “affordable”, development because . . . that’s what they do – and that is why multi-family and affordable housing is built in Norwalk instead of Westport, or any of the other towns that surround Norwalk. Of course the neighboring residents oppose this development, and prefer having vacant land and woods as their neighbor. It would be fun, and novel, to see a black or brown person among those opposing neighbors. Consider this short film, which was shown in the the City Hall Community Room where Norwalk’s Conservation Commission met, only a few months ago:

Anyone who might claim “This should really be a no brainer for the commission in a flat out ‘no'” really doesn’t want this application to be considered and thought through by Norwalk residents. But it should be.

Ready for the hate mail from my kind and generous Westport neighbors . . .