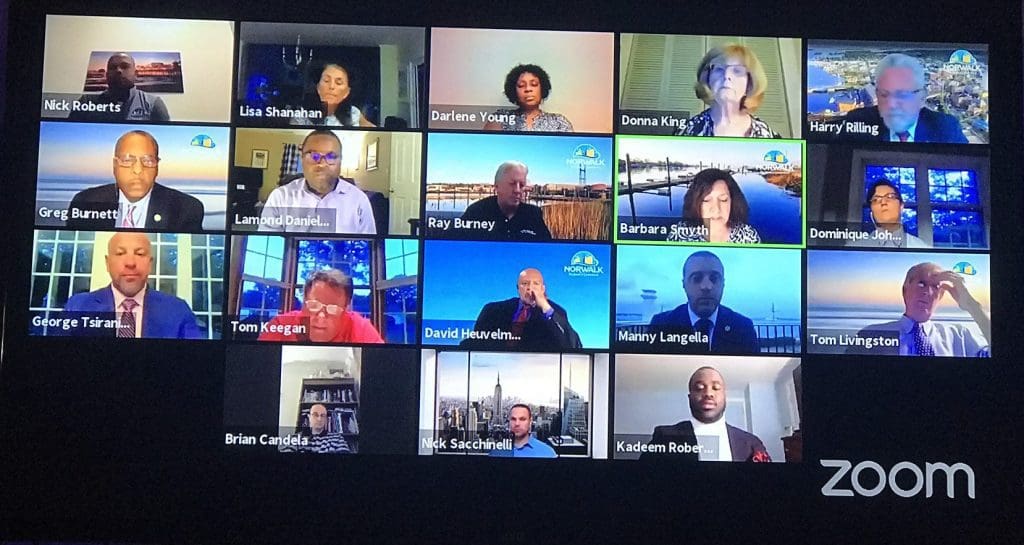 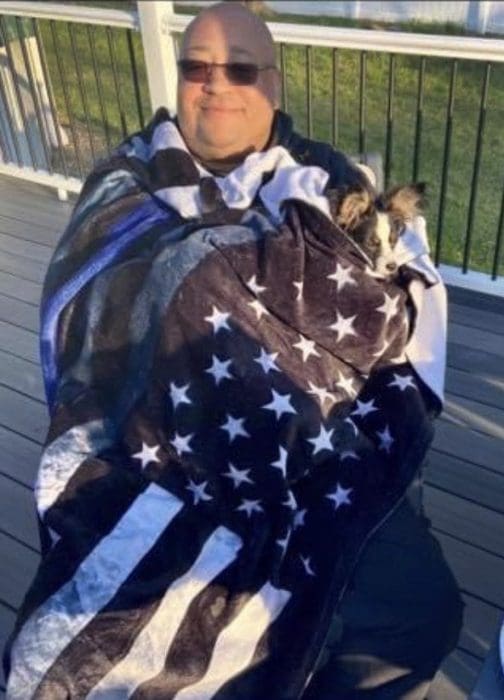 NORWALK, Conn. — Debbie Roselle fought for months to get her husband, former Norwalk Police Officer Phil Roselle, who retired after being accidentally shot on the job, additional financial compensation from the City.

“The public act under which Officer Roselle makes this claim allows the legislative body of the municipality, this Common Council, to consider making up the difference between the public safety officer’s base salary and the combination of the pension payments and worker’s compensation payments. The facts of Officer Roselle’s case established that the City has already paid to him in the workers compensation settlement and pension entitlement, more money than the adjustment contemplated under this act,” Council President Barbara Smyth (D-At Large) said, reading a statement that had been prepared by the Council.

The family is “deeply saddened,” she said, after the Council voted against her husband’s request for more compensation.

“Tonight’s decision not to approve our request to properly retire phil with his full pay is nothing short of a travesty of justice,” she wrote. “An officer shot by a co-worker who clearly failed to check his service weapon during a training exercise and was forced to retire unexpected needs to be compensated properly. Phils ability to earn his full pay was robbed from him.”

Roselle was shot in September 2017 during a training session at the department’s gun range. He had been a Norwalk Police Officer for more than 30 years.

He “came home a different person,” his wife said in 2018. “He now has permanent nerve damage in his right hand and will never be a cop again, still has the bullet in his rib, PTSD and six months after the shooting kidneys failed and is now on dialysis needing a transplant.”

A Duff press release in 2019 said, “Officer Roselle suffered career-ending injuries and has been battling other permanent medical issues related to the incident. He has twice been denied workers’ compensation, as the Connecticut Workers’ Compensation Commission reasoned that Type 1 diabetes was preventing him from working. The Roselle family argues that Officer Roselle was healthy until the shooting, which initiated a decline in his health.”

Public Act 19-111 permits a municipality, by a two-thirds vote of its legislative body, to annually pay a retired public safety employee who suffered serious and permanent bodily injury in the line of duty and had to retire as a result, the difference between the employee’s disability pay and the employee’s regular rate of pay prior to retirement, Duff’s press release said.

The Council fully supports its public safety officers in the spirit of Public Act 19-111, Smyth said Tuesday as she read the statement.

“The city proactively compensated Officer Roselle fully after he was wounded on duty,” the statement said. Council members have reviewed Roselle’s application and reports submitted by the City.

Kydes did not offer any comment about why he voted in favor of giving Roselle additional compensation.

Debbie Roselle wrote, “The Roselle family will not accept this decision and will regroup and continue to advocate until justice is served. We want any and all first responders who are permanently injured in the line of duty to receive what is just… their full pay… the city counsel {sic} members should be ashamed.”

Nothing less than a Travesty of injustice. yes the Counsel spends so much money frivolously it can no longer afford its obligations to deserving people. In other words they replaced every bus with a new bus, so now they can’t buy newer technology buses? We did not have to replace every bus in one year? Who got the kickback?? Not the Roselles. Injured in the line of duty and abandoned because only people that can afford to kickback get attention. Bob Duff lip service strikes again.

The council can approve 445k for a soccer field but they cannot help out a police officer injured in the line of duty? Maybe they should take the firefighter’s exam next.

George
He was not injured in the line of duty. He was shot by another unnamed cop. He has been fairly compensated and more.If he wants more he needs to go after the cop that shot him. Why is it the city has not named the cop that shot him. If it was a taxpayer that did it I am all but sure the NPD would not protect them.. I would think the taxpayer has a right to know.

Ron; I read your comments. He was training. By your logic if you were injured by him, you would seek adequate compensation. Training to use your handgun is part of the expense for well trained people. right now all these mental health patients that the police have to investigate without proper mental health training causes many more lawsuits which the common counsel rubber stamps for a million each. The name of the game is to stop turnstile settlement in private session. Until they change the behavior the problems will continue. If you knew what was happening at Cedar Court every week you would be concerned. He was injured while training. There is no training for the drug addicts and the mentally challenged, Police need to be trained to handle people like you. Is this your real name? Do they have de-escalation training? You should take the class.