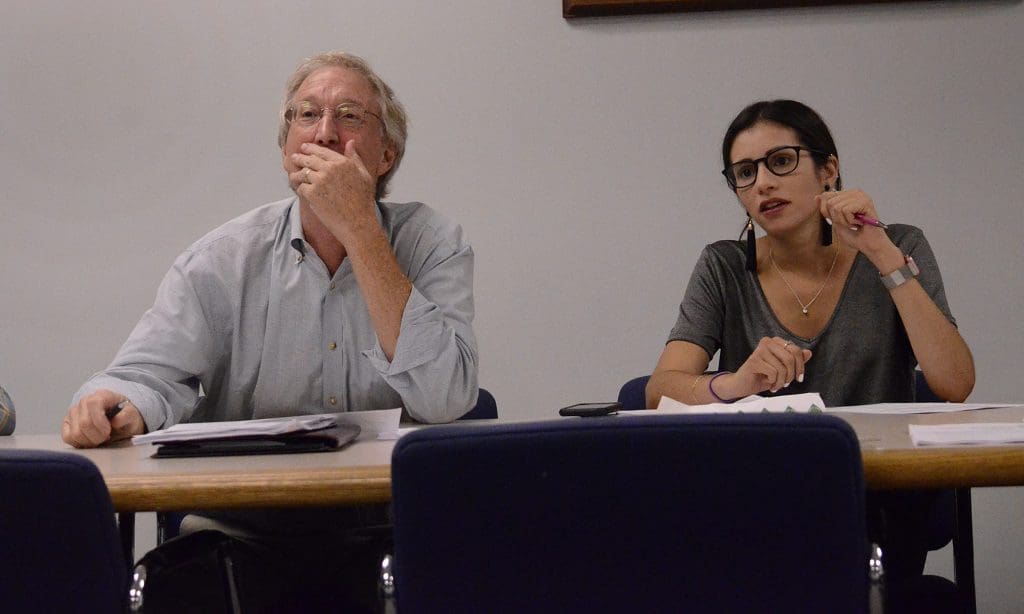 NORWALK, Conn. — Plastic straws are set to become an “opt in” situation in Norwalk, in a proposal moving to the full Norwalk Common Council for approval on Oct. 8.

The Council Ordinance Committee on Tuesday voted unanimously not to ban plastic straws but to institute an “ask first” policy City-wide. Plastic stirrers are set to be banned.

The proposed plastic straw ban morphed into the “ask first” policy out of concern for the disabled.

This strikes a “thoughtful balance” that will “reduce plastic straw waste without requiring people with disabilities to go through unnecessary steps or identify themselves as such to get vital eating tools,” Attorney Anna Keegan of the Human Relations & Fair Rent Department wrote in a memo to the Committee. “…If people ask for a straw and are handed a paper one, they are likely to believe that is the only straw available and ask no further. As I have said before, plastic straw alternatives are inadequate for the needs of many people with disabilities, and some can be actively harmful.”

Ordinance Committee Chairwoman Eloisa Melendez (D-District A) said she had just spent a weekend in Chicago where she and a friend were given metal straws in a bar, without asking for them.

“I totally understand the rationale … There’s a serious danger, though,” she said. “I was looking at the thing like, ‘Okay, this is probably not the best thing to give people who are drinking alcohol.’”

The Committee briefly debated a suggestion from the Surfrider Foundation, relayed by Council President Tom Livingston (D-District E), that “splashsticks” and “lid plugs” be added to the ban.

It developed that splashsticks are separate pieces of plastic made to be inserted into the hole of a coffee or other hot beverage lid to keep hot liquid from escaping while the beverage is in transit. Lid plugs serve the same function.

“I hate those things,” Melendez said, of splashsticks.

“I think they’re stupid,” Council member Chris Yerinides (D-District A) agreed. “…If you slam on your brakes on the highway. That coffee’s going all over your car anyway, the splash stick isn’t gonna save you.”

Council member Michael Corsello (D-At Large) disagreed, saying that the splash stick can make a big difference. “It does a lot more than just keep the heat in. In fact, it could even prevent injuries.”

“For me, the basic question is, is there a non-plastic alternative?” Council member Colin Hosten (D-At Large) asked. “Besides, you know, obviously, you know, could they develop a paper-based splash stick? Of course, they could if they were forced to.”

Corsello asked if Norwalk would be the only community to ban splash sticks.

Garrett Park, Maryland, a community of about 1,000 people, did it, according to Livingston.

Splash sticks and lid plugs hadn’t been part of the public hearing proposal, and the Council has already made “drastic changes” with its plastic bag ban and Styrofoam ban, Council members said. So the matter was dropped. It could come back with the next Council and more research, Melendez, who is not running for reelection, suggested.

Melissa Gates of the Surfrider Foundation in her memo told the Council that a study done in October showed that “demand policies do get results but that bans are by far more effective.”

“Plastic straws have a fairly minimal impact on overall pollution levels,” Keegan wrote. “According to the study cited by the Surfrider Foundation, ‘plastic straws are not a significant source, by weight or by volume, of the global plastic waste problem.’  They represent, in total 6% of the items found in the Ocean Conservancy’s Coastal Cleanup Reports,  however,  considering  the  smallness  of straws, they probably represent less than that if viewed by weight or volume. The reason plastic straws tend to be targeted is because they  are visible  and  easy for  most  people  to  give  up,  and the hope is that this will lead to reduction in other more significant areas of plastic use,  but this should not be done in a way that harms people with disabilities.”

The CC must be done solving all of the real problems we have in Norwalk. Either that or they are so inept they had to go to issues to make a name for themselves.

OMG! Are there no more important things are politicians should be concerned with than ‘to plastic straws or not to plastic’? Plastic usage is minimal compared to other problems Norwalk is facing I.e loss of businesses and decent paying jobs!

Why not take up impactful solutions to reducing carbon – like composting all those leaves instead of sending it off to be burned? Instead of banning, shouldn’t the city look at solutions?

I thought I’d never see the day when the city basically threw in the towel on recycling.

Go stand in the middle of the produce section in the supermarket and look around. There is so much plastic, it boggles the mind. This is the produce section. Individual fruits wrapped in plastic, 3 pieces of corn wrapped in plastic on a styrofoam tray, loose items put in plastic bags and so on. There is so much plastic around us, any little bit helps but we need to be more strict. Human beings are very conditionable, a good and bad thing about us. Ban it all, we’ll deal with it just like we put up with higher gas prices, ongoing wars, rising inflation & out of control corruption. We get used to anything done to us, good or bad.

Opportunities to keep the dialogue going: Come out this Friday evening to Norwalk Library where the “Living Wisely & Well on Planet Earth” film series on the environment continues with the theme of “A Sustainable Lifestyle.” We are focusing exactly on what we are experiencing now in terms of “stuff”, as well as recycling, reusing, consuming, and looking at creative solutions. On Monday evening at City Hall, CNNA is hosting a “Quality of Life” forum open to the public, inviting all to share their vision, ideas, expectations towards “BETTER.”

I’m grateful to the Common Council for taking up these bans, demands, solutions, etc., even if modest compared to the Alaska-sized plastic dump in the Pacific Ocean at present.

My questions for Norwalkers: Why are we buying our coffee and food at Starbucks and grocery stores when we can make our own coffee in (conveniently reusable) mugs we keep in our kitchen cabinets, and shop at farmer’s markets and bring our own reusable plastic bags to purchase vegetables and fruits?

For inspiration, take “No Impact Man” out of Norwalk Library (or find on Netflix) to see how far you can go. We showed the trailer for this great documentary last week at opening of “Living Wisely”: https://www.youtube.com/watch?v=Z9Ctt7FGFBo

Thanks, CC, for the good work. Let’s tackle the leaf piles next by composting!

Their focus should be issues like fatalities due to drugs, drinking and guns.

David ______: is someone trying to channel James Joyce? Or E.E. Cummings? Both at once?

Three cheers for the council’s ordinance committee (and John Levin’s sense of humor). It’s time we did something beyond recycling–which is wonderful–and dealt with waste at its source.

Good job council and great distraction! Please get back to work on the real issues facing the city.

I love the splash sticks. Getting rid of those is not a great move. As someone who drives a lot for work – they help. Perhaps we are now going overboard? Moderation is always the answer. Norwalk has many other more logical ways to reduce our carbon footprint. How about leaf pick up at the of our streets and then composting? Hello…..let’s focus on the bigger issues here. Like fixing planning and zoning.

How about plastic water bottles? Biggest problem of all. Now there is something that makes sense. Plastic stirrers? Boy does our council know how to waste time!

Banning plastic stirrers and straws just makes our lives less convenient. If it’s less convenient, we must be doing something good for the environment. We are in fact not making a difference.

“A recent survey by scientists affiliated with Ocean Cleanup, a group developing technologies to reduce ocean plastic, offers one answer. Using surface samples and aerial surveys, the group determined that at least 46 percent of the plastic in the garbage patch by weight comes from a single product: fishing nets.”