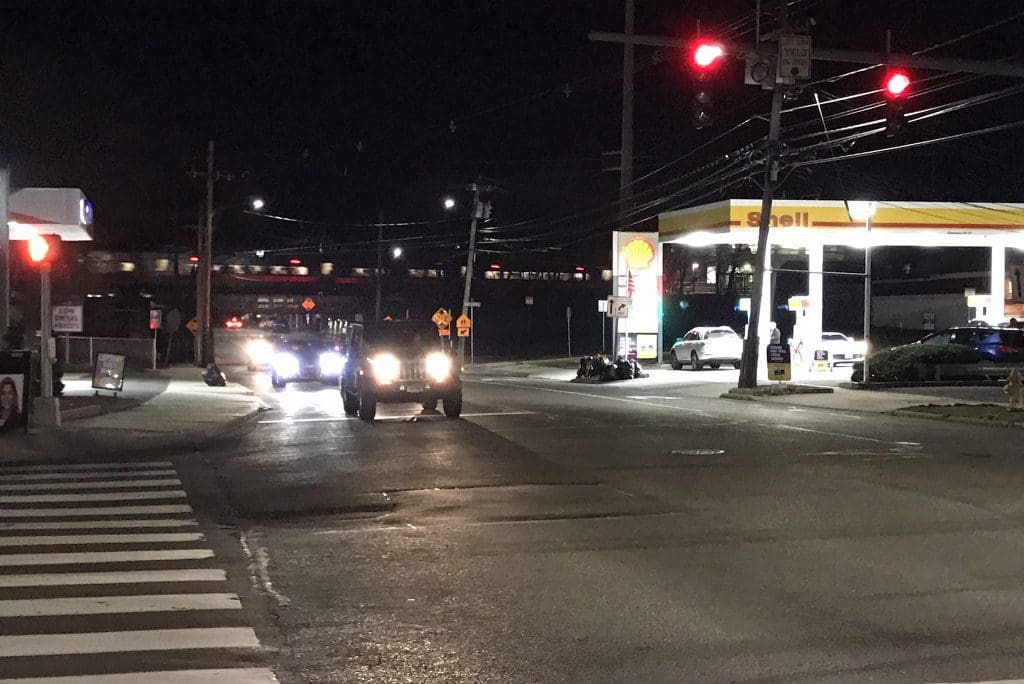 The Common Council is set to vote Tuesday on moving ahead with the work, which is connected to the Walk Bridge reconstruction. It’s going to cost the City $7.5 million, but there’s a twist: for the first time, the State is allowing Norwalk to make payments over three years, rather than pay the bill up front.

“This went above and beyond, we have to go to very high people in the state so we could be able to do a kind of transaction,” she told the Public Works Committee.

If you happen to be sitting at a red light on East Avenue, look up and see how many wires there are on the poles, she said. Those are all going underground, from Fort Point Street to Olmstead Place.

It’s expected to take 2.5 years, she said. The Traffic Authority in December approved a plan to allow the Connecticut Department of Transportation to close East Avenue, from Fort Point Street to Winfield Street, overnight up to 90 times and on 12 weekends.

“The utilities that they need to excavate are extremely deep, and they cannot keep traffic passing along when they’re doing those big changes. So for those particular days, they request closure of East Avenue between Fort Point and Winfield,” Valadares said Tuesday.

ConnDOT will not be allowed to close the road on busy weekends, such as July 4.

As part of the Walk Bridge project, ConnDOT is planning to rebuild the railroad bridge over East Avenue. This means lowering the roadway under the bridge and the City has negotiated various improvements to be done in conjunction of the work.

The utility project is the first step and then the rest of it will begin, Valadares said.

As for the price tag, “This number was very different until a few months ago, we were able to sit down to find ways of together find savings and the city now is very comfortable with the $7.5 million for our portion of the project,” Valadares said.

Norwalk Chief Financial Officer Henry Dachowitz has recently warned that the City’s capital spending is high and recommended cutting back some projects. Valadares said Tuesday, “This is the first time DOT (is)understanding the cap that the city has on all capital projects. They’re helping us in dividing this cost in three separate payments.”

“I think this tells a lot about the relationship that we have been having recently with the Walk Bridge Program, and DOT,” she said.

ConnDOT expects a payment of $3.75 million this year, followed by $1.875 million next year and the year after that.

Council member Tom Livingston (D-District E) asked if the City is saving money by having ConnDOT do the work.

“I don’t think there will be much savings, I think the number will be very close,” Valadares said. “But I think there is one thing that is very hard to measure is that we don’t have to do all the coordination for the project. And there is a lot of cost, that we call soft costs, associated to it.”

It’s “every single utility,” water, sewer and drainage pipes, Frontier, Optimum and the Third Taxing District, she said. There’s “savings of headaches. And this is very hard to measure in numbers.”

ConnDOT has already done a lot of Walk Bridge project work, energizing the Danbury train line up to Crescent Street, burying utilities on Osborne Street, doing work on North Water Street when the water main there was replaced, she said.

With the Councils’ approval, ConnDOT will issue “a notice to proceed to the contractor by May 3 which means that then they will have to start doing all the submittals and all the paperwork,” she said. “. And hopefully they can start breaking

Awesome. So let me get this straight. Norwalk sends over $500 million to Hartford every year in sales, income and the other 89 taxes on the books. In return we get $12 million for our schools, $10 to $20 million pass through for teacher retirement, and they plow a few miles of road when it snows.

And now we get to pay $7.5 million for improvements to our streets to help out Commuters from Westport and up the line who are never going back to their NYC jobs in the same numbers. Surveys show 80% of NYC commuters plan to never return to the office.

And if anyone really believes this will only take 2.5 years, let’s rewind to the East Ave / Westport Ave project. Much smaller and forecast to take less than a year ended up taking over two years. And has done almost nothing to help make a difference with traffic and the lights are routinely blinking during the middle of the day or only letting 2 cars through before turning red. This is who is undertaking this project.

Meanwhile the CRDA passes out state money like Halloween treats in Hartford that never gets paid back.
At least FF County construction firms sometimes get a piece of the Hartford pie (Spinnaker,for one)but the model is not sustainable.