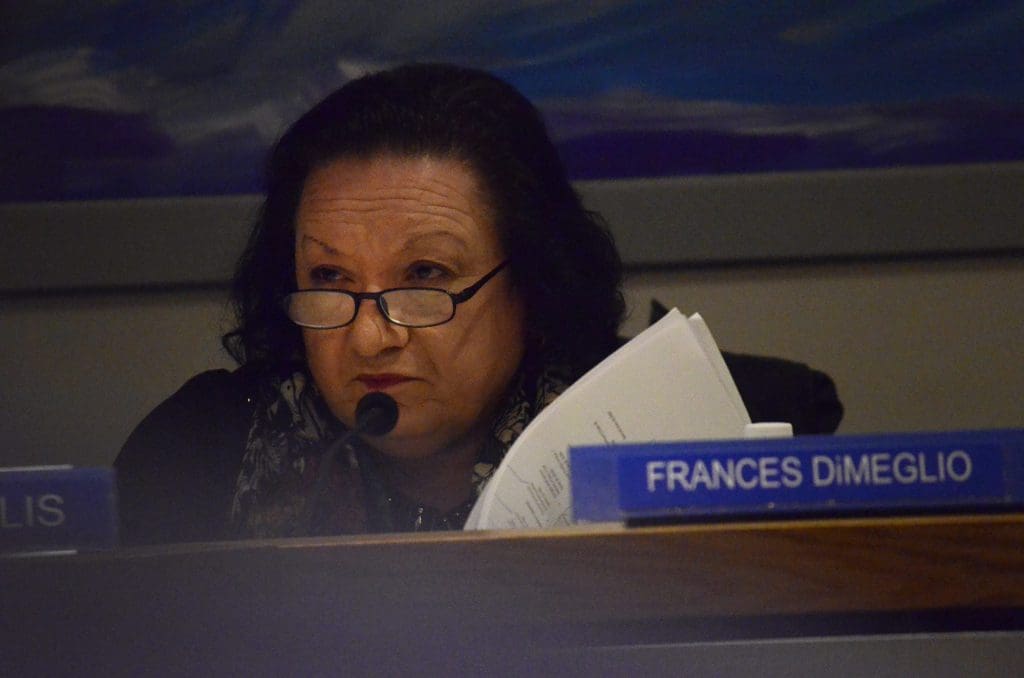 Planning Commission Chairwoman Frances DiMeglio is set to be reappointed for another four-year term.

NORWALK, Conn. — You may know that the Common Council is set to vote today on the revised plan for Wall Street Place. Except that it may not.

What else is on the Council agenda? Here’s a sampling:

The Council is set to vote on five appointments made by Mayor Harry Rilling:

Shockley is an attorney who provides legal advice on risk management, compliance and oversight matters on internal administrative procedures and human resources management, according to her resume. She’s a member of the New York State Bar and principal of TSCS Global Management Solutions, a consulting management firm, since 2017.

She’s done much work for the United Nations and UNICEF, according to her resume.

Brown has been in bookkeeping/management/administration for Mickey Kydes Soccer Enterprises since 2003.

Thompson is a 2011 Eagle Scout who volunteers as music director for the Darien Church of Jesus Christ Latter Day Saints, with a bachelors of science from Brigham Young University.

O’Callaghan is a young person who served as an intern for State Rep. Lucy Dathan (D-142) and State Rep. candidate Stephanie Thomas, and was active in his high school drama club and marching band, his resume states.

This means that Chairwoman Fran DiMeglio will continue her long tenure on the Planning Commission. This will be Peniston’s second four-year term. King said she didn’t seek another term; see other story.

In early June, representatives from the Connecticut Department of Transportation, the City and the Maritime Aquarium to discuss the effort to build a new 4-D theater and a new seal tank at the Aquarium, Building and Facilities Manager Alan Lo said in a memo to Council members.

Although the projects are delayed, they’re still on budget, he said.

Both were expected to be complete in December. The new expectations are:

There may be a court hearing today, Tuesday July 14, on real estate broker Jason Milligan’s request for an emergency injunction to prevent the Council from voting on the revised plan for Wall Street Place.

On the other hand, there may not: although a hearing is scheduled for 11:30 a.m., the City and Redevelopment Agency have suggested to Judge Charles Lee that none is warranted.

That’s the story from a 102-page document filed Monday by the City and Redevelopment Agency, an objection to the request Milligan made Thursday of Stamford Superior Court Judge Charles Lee, who is overseeing the lawsuit filed by the City and RDA against Milligan and others. The 34 pages of legal argument ( the rest is exhibits) follows more than 10 filings made since Wednesday.

City officials did not reply to a Monday email asking if it was possible that the hearing would be cancelled. Common Council President Barbara Smyth (D-At Large) demured when asked if the Council would discuss the project even if Lee issued an injunction; she referred the question to Corporation Counsel Mario Coppola, who did not reply.

I teach social studies at Roton. I coach at Brien McMahon.