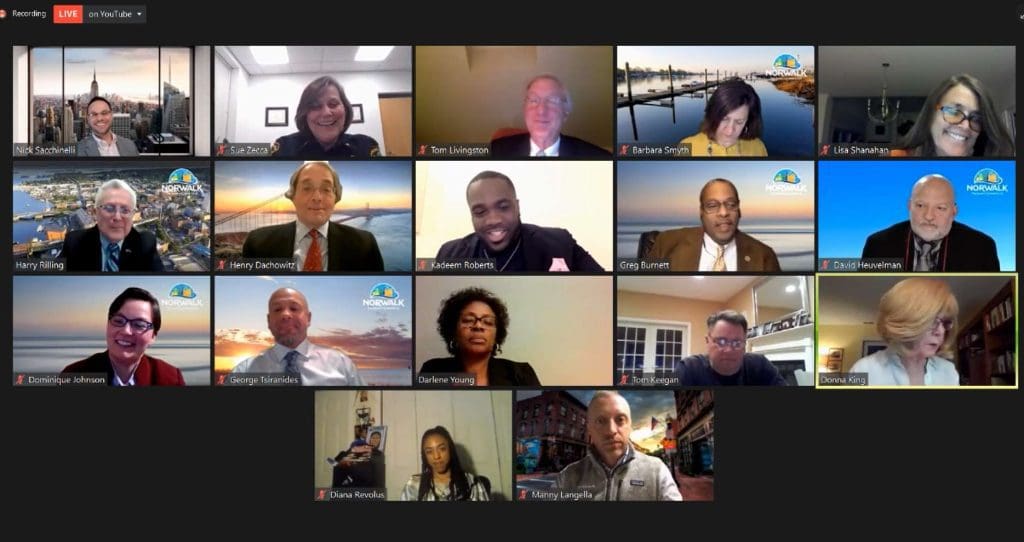 “I believe the last time a master plan was done for Recreation and Parks was nearly 20 years ago or so. However, we’re finally moving in the right direction. And particularly as the city is growing and our parks and open space will become a more vital resource for recreation and other public uses,” Recreation and Parks Committee Chairwoman Darlene Young (D-District B) said.

Roberts told Council members in 2019 that the department had a “glaring” deficiency, “it currently lacks strategic plans or goals … we don’t even have a mission statement or a vision statement for the parks department.”

“The master plan brings together the needs and wants of the community and sets the course of work for the next 10 years. So while this plan is expensive. … over the next 10 years it will be implemented through various other plans.”

The drive to begin a new plan was ready to go just over a year ago but was held up due to COVID-19 and the uncertainty about how public meetings would be held, he told the Recreation and Parks Committee last week.

Kimley-Horn and Associates will do the work as part of the 2019-20 Recreation and Parks capital budget. The plan can also set department policies, long range goals and initiatives, and help reach goals lined out in the Plan of Conservation and Development, Roberts said in 2019. It, and accreditation, can help get grant funding.

Mayor Harry Rilling brought up accreditation Tuesday. This would bring Recreation and Parks policies and procedures in line with national standards.

Young mentioned the POCD, “the goal of having Norwalk have some of the best Park – City and recreational systems in Connecticut. And the second goal for the park and recreation system to serve residents throughout the city, and most importantly, to protect and manage our natural resources. So I think we are headed in the right direction and look forward to working with Kimley-Horn to get us to that starting point, a roadmap of improvement for our city.”

Recs and Parks oversee 1,200 acres, including 32 parks and 19 school sites and other city-owned property, she said.

The Council revised its definition of gender. Council member Dominique Johnson (D-At Large) called this “an overdue step into the 21st century” to reaffirm that “all women, trans nonbinary, gender non-conforming, non conforming folks are valued members of the community” are acknowledged in the City code.

It’s a limited step, in that the Council didn’t take on the cumbersome tactic of revising every ordinance but rather “with an efficient use of our resources,” set it up so that all future ordinances would have “gender inclusive language, with an eye toward gender neutrality,” she explained. It’s “bringing our definition of gender in sync with that of the state of Connecticut.

“This has been a long time coming,” Smyth said. “…We women have been talking about this, I’ve been hearing about it as long as I’ve been on the Council and it felt so overwhelming, you know, to go into that code and address all of it, but you found a really creative way to tackle it.”

VirTra Inc. will provide simulated firearm equipment and training services to the Norwalk Police Department for one year, with four possible renewals of one year each, in a $24,000 contract. Health and Public Safety Committee Chairman Nick Sacchinelli (D-At Large) called this “new and innovative approaches” in training officers.

“This is basically a simulation machine, which will help us with real life scenario-based training for the officers, putting firearms but also all of their tools and the instructor can kind of lead the scenario based on the officer’s reaction and provide great feedback for them in terms of trying to deescalate situations, etc.,” Deputy Norwalk Police Chief Susan Zecca said. “Because we’ll have this equipment in the police department, you know, all year, we’ll be able to run officers through scenarios much more often.  we can just pull somebody off the road, run them through a couple of scenarios.  So we can provide more realistic training more often throughout the year, which we hope will be extremely beneficial.”

“In several of the current unfortunate situations that we’re seeing across the country, training seems to be one of the first questions that’s always brought to the forefront,” Burnett said. “. … I feel the simulator and the associated training is very valuable professional development for our officers to be best equipped to protect the community. And I welcome additional measures to offer to the officers to be mentally and physically prepared to face the difficult challenges that they have to go through when protecting and serving the people of Norwalk.”

Prospective Norwalk firefighters will be able to test their physical abilities in advance of the firefighting test, in a Bridgeport facility, in another unanimous Council vote.

“We are in the process of our recruitment for entry level firefighters,” Assistant Fire Chief Albert Bassett said. “And looking ahead, knowing that one of the stumbling blocks for candidates, non-traditional candidates, that want to come into the fire service, they don’t know the expectation of the physical ability test. And Bridgeport had this issue a few years ago. What they did is developed a training center for the state CPAT (Candidate Physical Ability Test) test, which the candidates were trained by trainers and were able to use the equipment and get an idea what they needed to do to work out.”

Basset said there are currently 900 applicants, and about 200 are Norwalk residents. “We have about 1/3 of that is from a diverse population. … So the recruitment efforts are looking successful right now and we’re continuing for the next two weeks.”

One has to question the accredidation process, where the fee is based on population? The Population determines the number of Officers and the overtime. What is the cost of accredidation? Yearly, what is the cost? Crimes, arrests, prosecution as a turnstile? The court is closed. Catch and release for overtime? 177 cops before and after the mall? The call volume tripled and we have the same number of Officers?

There may not have been a city-wide parks master plan done, however there were master plans done for individual parks. I know Cranbury Park had one, I was on the committee. Other parks did as well. My concern would be that in the absence of a parks director the consultants would be operating without a vision.