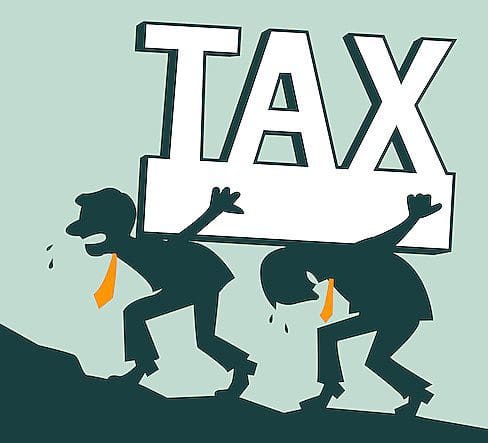 NORWALK, Conn. — The Norwalk Common Council persevered through its first virtual meeting Tuesday to give taxpayers a break in light of COVID-19 and finish initiatives that include resident pass changes. The highlights:

All the votes were unanimous. Council member Ernie Dumas (D-District B) was absent.

An Oct. 1 deadline, unless you pay via escrow

You have until Oct. 1 to pay your property taxes, with no penalty for missing the original Aug. 1 deadline, if you pay them to Norwalk.

“If a taxpayer pays on October 2, they will pay 6% interest, because they will be responsible for 1.5% per month from the due date of July 1, or four months,” Norwalk Tax Collector Lisa Biagiarelli wrote Wednesday.

This stems from one of Gov. Ned Lamont’s executive orders. The State offered municipalities two options, said Biagiarelli, who reportedly helped the state write this up.

The City is in a strong financial position and can meet its obligations without charging the interest, and administering the reduced interest would have been a challenge under the circumstances, she said.

One caveat: Taxpayers who pay their taxes through an escrow arrangement under a mortgage will not get the deferment. Their financial institutions are expected to pay on time, Biagiarelli said.

“That was sort of a compromise to let the municipalities get some significant funding in on time so that we could pay bills at the beginning of the fiscal year,” Biagiarelli said.

As for Biagiarelli’s involvement in the State process, Mayor Harry Rilling said, “It’s just another example of someone from Norwalk out in front, leading the way and helping to get things done at the state level.”

Biagiarelli on Thursday said that she wrote the guidelines explaining the administration and the intent of the executive order 7S, and helped determine how best to implement the programs.

The changes developed by the Ordinance Committee allow for free admission to Calf Pasture Beach, but the pass goes to the vehicle, not the resident, Ordinance Committee Chairwoman Lisa Shanahan (D-District E) said. If property taxes are paid to Norwalk on the vehicle, that vehicle can get into the beach or other City parks. If you’re 45 days delinquent on your taxes, the pass is invalid until you catch up.

Residents and property owners from New Canaan, Weston, Wilton, Redding and Ridgefield can buy a season pass. Anyone else can pay a fee.

Only Norwalkers can park on the waterfront.

“We did have situations where people were not pleased with people that did have access to the beach, almost to the exclusion of some of our Norwalk residents,” Rilling said.

And if you pay property taxes to Norwalk, you can use the transfer station for free, unless you’re 45 days delinquent. That’s a separate pass.

Non-residents will be able to use the transfer station and yard waste site by paying a fee.

The Council voted to spend $275,000 to buy 10 hybrid vehicles, replacing an equal number of 2008 Ford Taurus cars, as well as software to enable staff to use its fleet more efficiently.

The AssetWORKS software “allows us to rotate the cars, so we’re not using the same car each day, each week,” Council Finance Committee Chairman Greg Burnett (D-At Large) explained. “It goes to a rotation, and ultimately that will extend the life of the fleet. So between having hybrid cars and the appropriate software to rotate the utilization of the cars, we’re getting much more value for our investment here.”

That’s not replacing the entire fleet. There are 16 vehicles, but the theory is that over time, the more efficient use of the pool allows for the fleet to be reduced, Norwalk Chief of Operations and Public Works Anthony Robert Carr said.

“The hybrids are very, very versatile vehicle,” Carr said. “It’s not an all-electric vehicle. And it is not a plug-in hybrid vehicle with an electric component. It is basically a gas engine that uses a little electrical motor to assist it at lower speeds, climbing up hills, stopping, so it does reduce your carbon footprint by reducing emissions and controlling usage.”

As for current fleet management, “Some are sitting there longer than others. And I’ve recently run into maintenance issues from having the cars sit there for too long. We’re trying to avoid that,” Carr said. “…You can’t go wrong with the hybrid, it’s just a solid vehicle, again, requires no charging. There’s a small electrical motor in there that gets its power from either braking or from the heat of the engine itself.”

Everyone is going through challenging times but “It has been shown that the pollution from keeping cars off the road has been reduced significantly worldwide,” Rilling said. “So it’s us that is destroying the world by not being by not reducing our carbon footprint and taking all the opportunities that we can for alternative fuels and doing everything we can possibly do. And this is a step in the right direction for Norwalk.”

A recent request to give a Chestnut Street segment an honorary renaming to Officer Cesar Ramirez Drive has prompted a tweak to an ordinance, that was tweaked in 2015.

The previous Council voted to allow an honorary street renaming a year after the beneficiary had died. Tuesday’s tweak means that a super majority Council vote, which Shanahan said is 10 votes, would waive the waiting period.

Former Council member Rich Bonenfant objected. “All this will do is create a large number of requests from family and friends to honor individuals immediately after their death,” he said, in an email read by City Clerk Donna King.

Rilling pointed out that that 2015 ordinance allowed for a street renaming for a living person with a super majority vote, while a person who dies has to wait a year.

“I think that was a glaring omission in the way the ordinance was passed the last time around,” Rilling said.

The Council also voted to accept the State’s offer for a 30-day delay in the municipal budgeting process, given the chaos prompted by the COVID-19 crisis.

“Fortunately, we were fairly (far) along with the budget process when the shutdown occurred,” Burnett said. “So we were in a good position. And this 30-day (delay) actually gave us a little more flexibility to focus more on the crisis at hand. But now we are back on track to move forward with getting both the operating and capital budgets approved in a timely fashion.”