Chatham Drive residents were locked down Sunday due to a report of shots fired.

Divya Misra, 55, was killed by her husband, Rajneesh Misra, 56, who then killed himself, reports say.

“She’s been a (Norwalk Public Library) employee for over 15 years, well loved by everybody, very dedicated, committed woman who will really, really be missed,” Mayor Harry Rilling said at Monday’s Democratic Town Committee meeting, where he lead a moment of silence.

Multiple 911 calls came in at 3:58 p.m. Sunday, reporting shots fired on Chatham Drive, police say. Residents were directed to stay in their homes in what Norwalk Police called “an active and dangerous situation” in a Facebook post Sunday. Neighboring residents were evacuated for their safety, a police press release said Monday.

“One of the initial callers to the police was an adult son who reported the incident between his father and his mother. The Norwalk Police Emergency Services Unit responded, along with assistance from members of the Stamford Police ESU. Many attempts were made to contact the residents inside, but no response was received,” the press release said.

Tactical units entered the home and discovered the couple’s bodies, the release said. Neighbors were cleared to return to their homes at 7 p.m. Sunday, a Norwalk Police Facebook post indicates.

Rajneesh Misra worked in cybersecurity, according to LinkedIn. Divya Misra is listed on the NPL website as a library clerk working in circulation. As a member of Connecticut Chapter of the Global Organization of People of Indian Origin (GOPIO-CT), she worked to create an Indian collection at the library with books donated by India’s government, a 2019 press release said. 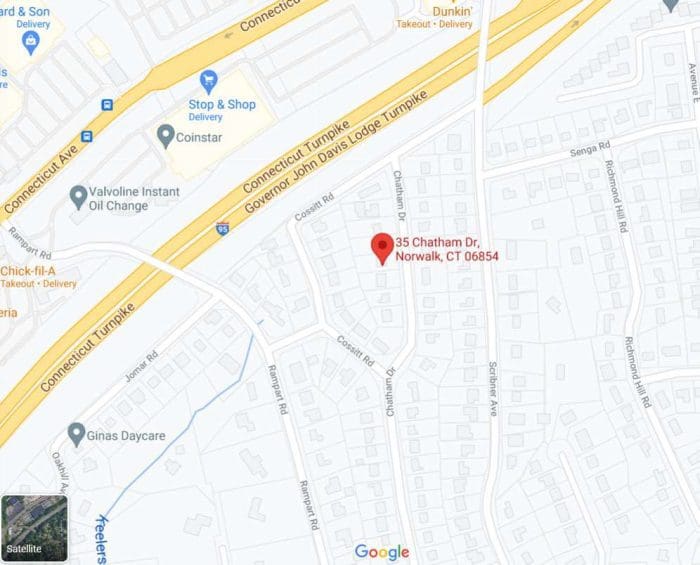 Norwalk Police said there had been no previous domestic violence issues reported, “however, this is still an active investigation.”

“Domestic violence is a serious issue that has the potential to affect anyone,” the Norwalk Police press release said. “The Norwalk Police Department urges persons faced with domestic violence to reach out for help. There are many community partners that can provide assistance, such as the Domestic Violence Crisis Center. If you would like to speak to a crisis counselor for guidance and resources, please call the DVCC at 888–774–2900. If you are in immediate danger, call 911.”

Beyond heartbroken. Holding their boys in my heart. Related to the DVCC resources, here is a video which can help us identify behaviors from early dating warning signs to DV to what I am trying so hard not to imagine our beloved Divya enduring. It’s from “The Interview Room” on YouTube, where retired homicide detective & volunteer with the Cold Case Foundation, Chris McDonough, discusses the 8 Stages to Intimate Partner Homicide (from Dr. Jane Monckton-Smith’s research). Dr. Monckton-Smith has a book I haven’t yet read but which may also help someone I hope. It’s called In Control: Dangerous Relationships and How They End in Homicide, by Jane Monckton-Smith.

I hope you can use this photo as part of my comment. As we mourn the tragic shooting of our colleague Divya, as President of the Library Board I believe it remains more important now for all of us to recall one of her shining public moments at the Library when she organized and hosted in 2019 a reception for representatives of the government of India and the Indian community from Connecticut at the Library to accept a donation of books. Here is a photo of Divya, looking resplendent in her beautiful red sari, standing next to Mayor Rilling. I remember Divya that day being reluctant to come up to be acknowledged so I had to almost drag her up front to speak from the podium and receive the well-deserved applause from the audience. We shall miss her!

I cannot add a photo to a comment but have posted the photo with the story.

Disbelief. Our heart goes out to the two sons. May they take comfort in each other . God Bless Them

My heartfelt prayers for her young boys. May God give them strength to become good human beings in the memory of their mother. The coward Rajneesh Misra will rot in hell.

She was a wonderful woman and a great mom who was so proud of her sons. I’ll always remember her warm and welcoming smile at the library. My heart breaks for what she had to endure.

A wonderful human being who never thought ill about anyone. My sister is gone too soon but she will live in our hearts forever. Friends, well wishers can leave messages and tributes on the memorial page.
https://www.facebook.com/groups/divyatiwarimemorial/

Divya can now rest in peace. Her unique and generous spirit will always be with so many of us in the library and the greater community. My condolences to her family.

I hope Divya is in a better place ! I feel heartbroken for the two boys she leaves behind . I hope they are ok . My heartfelt condolence to Divya’s family too 🙏

I have known Divya for years as our lives criss crossed through our sons activities. What a kind, caring, soft spoken woman. She was the smiling pleasant face i saw every time I entered the library – always quick to say hello and ask about my family. And then she proudly shared the events and accomplishments in her sons’ lives. My blessings on the entire family – especially the wonderful sons that she loved and was so proud of. May they eventually find peace after this tragedy and always carry her loving spirit with them.

My deepest condolences to her boys whom she loved tremendously. I had the pleasure of taking care of Divya for well over a year. I will miss our monthly tea and DIY dates. RIP my sweet librarian and friend. I will plant potatoes In your memory. ♥️♥️