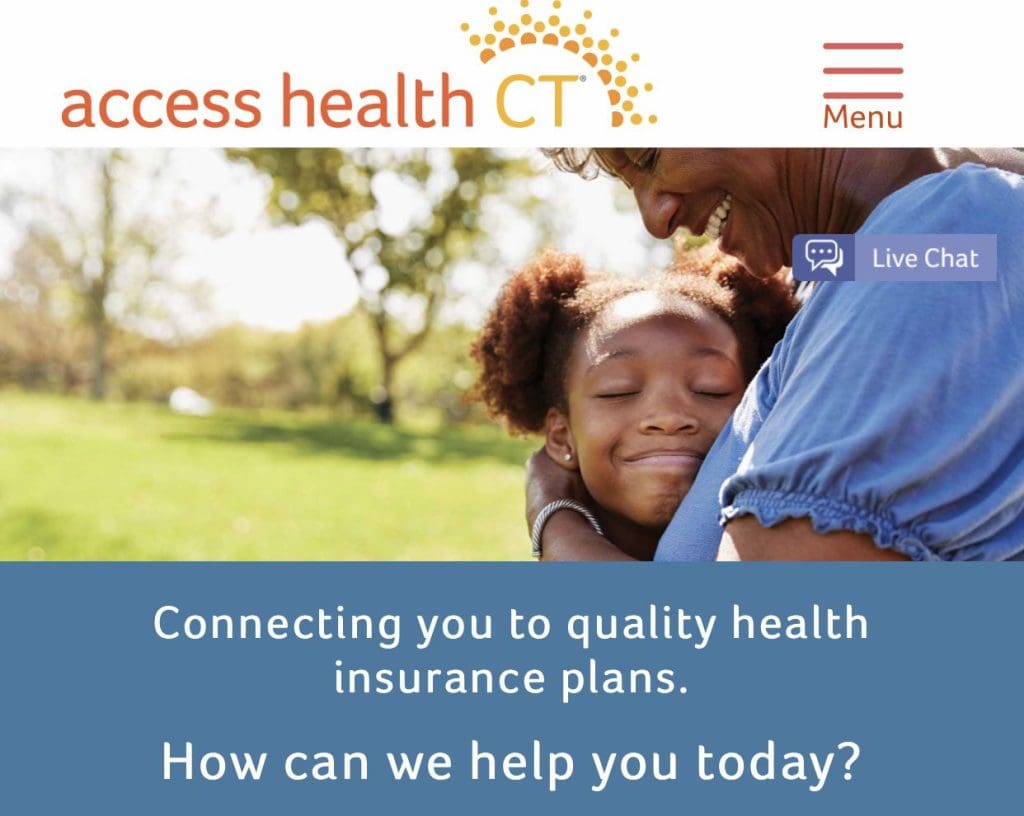 “I just got my new Open Enrollment quotes and I am baffled as to what is going on,” King said in an email to State Senate Majority Leader Bob Duff (D-25), State Rep. Chris Perone (D-137), State Rep. Lucy Dathan (D-142) and other elected officials Monday. “So, my monthly payment is $926.   Plus, huge deductible and now it is 20%. So, the monthly cost has gone up.”

“I fully agree that this is a major issue for our residents,” Dathan wrote back. King said no one else responded.

Duff did not reply to an email from NancyOnNorwalk.

King wrote, “We can’t blame the Republicans because you guys have the majority vote.  Why is healthcare not getting affordable?  What is the point of having insurance? I am better off putting this money in the bank. We can get a new high school but we can’t get affordable health care?”

Dathan had offered King assistance months ago when she had an issue getting emergency help, King said.

“I am sorry that this is still an issue and this is one of my top legislative priorities,” Dathan replied.

“We are not is session now so there are no active bills looking at this, currently,” Dathan said. “As you and I have discussed before, I am working on the Public Option that will address the issues that you outline below by giving self employed and small business another means to get insurance. COVID-19 was a huge barrier to getting some meaningful legislation done here in 2020 but we on the Insurance and Real Estate Committee, where I sit as Vice Chair, will need to work with the Insurance industry to get this over the finish line. I am hopeful that we will get some meaningful reform done in 2021.”

Dathan is being challenged for reelection by Republican former State Rep. Fred Wilms, who she unseated two years ago. Wilms did not reply to an email giving him a chance to comment on King’s health insurance complaints and Dathan’s response.

“So disappointed in what is taking place with healthcare in CT,” King wrote to NancyOnNorwalk. “These career politicians don’t care about us.  Lucy has actually been great, and she isn’t even my rep.  She always helps.”

I’m glad Nora is bringing this up. The ‘Affordable Care Act’ was never affordable for the middle class. That was a lie. Unless a person has company or union health coverage, they’re going to pay big.

In 2021, the ACA site show that an Anthem Gold PPO plan for a Fairfield County family of three (2 adults @ 50/years old and 1 adult at 22) would be $46,272/year in premiums. That $46,272/year does not include the cost of co-pays, deductible or dental. Gold plans are what our CT legislators and U.S. Congressmen get to have (do what I say, not what I do)

Thank you for reporting this. The whole thing is a scam. CA abandoned its plans to launch a “Medicare for all” style plan, because healthcare has infinite demand. I’m sure smart people have already pulled out, and so you’re left w Mx. King and a few others supporting the indigent.

Put your money in the bank….and get catastrophic coverage. You would be better off

It’s no surprise that bob duff has not responded He’s just waiting for the the memo from his bosses on what he should say.

1) Nora should know Duff doesn’t respond to tough emails, so that doesn’t surprise me
2) The affordable care act is only affordable for low income subsidized plans. We all should know that by now, but Dems make great used car salesmen. They sold America on a false premise and small business owners are getting crushed. Dems were false prophets. This was income redistribution.
3) If you notice the one answer from Lucy is MORE govt,not less. How crazy is that?
4) Here’s something both sad and amusing. On one hand you have Nora trying to figure out how to stay in business. On the other hand you have Dem state Comptroller Kevin Lembo working on a plan for PET insurance for state employees. Yes, PET as in Rover the dog and Felix the cat!!! Does anyone else see this as bizarre? Kind of like Lucy’s public option, but for animals not humans…I’m crying and laughing hysterically at the same time!! VERY SAD

$926 a month? Where can I sign up. I’ve never seen a price under $2500 with huge deductibles. Connecticare are thieves.

Nora King is absolutely right that health care in the US is too expensive, but she is not on the right track in terms of lashing out at our state representatives. In this article from January, we learn that 30% of health care costs go to beaurocracy: https://www.reuters.com/article/us-health-costs-administration/more-than-a-third-of-u-s-healthcare-costs-go-to-bureaucracy-idUSKBN1Z5261. We need to stop treating people’s health as a profit driver, and let doctors decide what their patients need instead of an insurance clerk. We need to stop hedge funds from manipulating the cost of medicine. Lucy has been part of some very good examination of why these things are happening, and I believe we will see an affordable and good public option. America is the only developed country that allows these expensive and predatory practices.

@Barbara – Basically you are saying we would be better off following a Bernie Sanders universal care program. Sounds great, but who’s going to pay for it. Probably the Nora Kings of the world.
Why should we believe any assumptions coming from our politicians on healthcare? We heard from an inside source back in 2010 (Barack Obama) that our premiums would drop by 2,500. Can you please get Obama’s agent over to Nora’s place so she can begin using that plan? Doesn’t sound like she knows about That specific plan talked about back then.
When I think of govt healthcare I think about VA hospitals. Not sure if those govt. run places have had a great reputation over the years…Let’s prove they work before having government take over entire healthcare industry. For goodness sakes look at the cost of State Highways in CT. Maybe some of Sanders people can look into waste and bureaucracy building CT roads..

Barbara – I lashed out at no one. Lucy was a huge help. I do expect my own party to answer questions on why insurance is so unaffordable for a middle class person. The state of CT is being led by Democrats. So my own party needs to fix this and you bet….I will hold them accountable. They need to get on it and hold these insurance companies feet to the fire or offer all self employed or business owners the same option they are provided to them as part time government officials. I do not feel the need to suck up to members of my party if they are not doing their jobs. Lucy has been great but unfortunately the advocates that she provided me support with have no ability to do anything but advocate. They can’t fine or hold insurance companies liable. That needs to change. Bob Duff needs to start helping the middle class. We are dying in this state. We are over taxed, underinsured and treated like second class citizens. You have to be poor or rich to benefit from Hartford these days.

ACA was very fixable if Congress ever got off their butts and did something besides investigating the other side.

The $1 threshold for being under 401% of poverty level is insane. I’ve literally seen shared payment responsibility jump from $0 to $10000 for $1 additional dollar in income. If you are lucky you could open an IRA for $2 and save $10000. How stupid? Nearly every other angle of the tax code has gradual phase outs. Nope. Not the bill we had to pass so we could see what was in it.

2% surcharge on medical devices. That’s a sales tax disguised in other terms. This pushes the manufacturers to be competitive which usually ends up in cutting R&D expenditure or offshoring it to cheaper markets, which it did.

Not one single provision to honor the laws of supply and demand by incentivizing people to join the profession. To his credit Senator Dodd tried to get Uconn expanded, but lost out to the interests that are not interested in Affordable care. Uconn has the same number of seats for medical school as it did when it opened in the 70s.

Tort reform. Zero. Why would you invest 8 years in education, work like a dog for four years on graveyard shifts for your internship, then get to earn money to pay off your obscene student loans and malpractice insurance….when you can get out of law school in 7 years and sue doctors for a living for looking at patients the wrong way?

And the kicker was the $600 million on a system that never worked, except for the retirement accounts of well connected Obama donors. To put that in perspective, Amazon.com was launched on a $10 million investment and you can buy nearly any product in the world and have it on your doorstep in 2 days. This system, which I believe is scrapped now couldn’t manage a few basic product types.

I won’t go into the coverage I’m required to carry in case I get pregnant at 50 years old, no not my wife, me….but anyone reasonable should be able to agree that ACA needs replacement big time.

Bob Duff has been in office since 2005. You would think that he would have a good handle on the issue of the rising cost of healthcare.

I simply wish that HCR / ACA included coverage for Holistic, Naturopathic & Homeopathic Care as well as education on importance of Nutrition, Fitness and preventive care.

Nora, as an active and respected member of the Democratic party, your post is timely and important.

I always wondered how Democrats felt about the cost aspects of the ACA.

The ACA has been a complete disaster for the middle class here in Connecticut. It is very straightforward moms and dads reading this, just look at your pay stubs over the past ten years and how much more gets stripped out each year to pay for healthcare for your family and be sure to factor in how much more you also pay for deductibles and co-pays. If you are self employed you are even more screwed in this state. The ACA was a full frontal attack and a massive government intrusion on the wallets of middle class America with the promises of “if you like your doctors you will keep your doctors, if you like your plan you will keep your plan, American families will save thousands”. Lie, lie, and lie. Its more like.. “You Connecticut resident” will buy what we force you to purchase and at the price we set. This is all brought to you by Duff, Himes, Lamont, Blumenthal, Murphy and the insurance commissioner. They all march in lockstep to keep the insanity of the ACA with their exchange and astronomical monthly premiums, deductibles, and co-pays firmly in place. This group of politicos owns this mess and Connecticut residents pay for it every day. If you want to see things improve you need new political leadership.

@Stop. Spot on. What drives me insane is these tools led by Himes and Duff continually try to find ways to increase the cost side, while never looking at the expense side of things. Hospitals should not cost $3k a night to stay in, but thanks to Himes and Duff that has been encouraged with one unfunded mandate after another with NO measure of efficacy. And that’s the problem. If anything they ever mandated worked, I might say ok….lets pay for it…..but that NEVER happens.