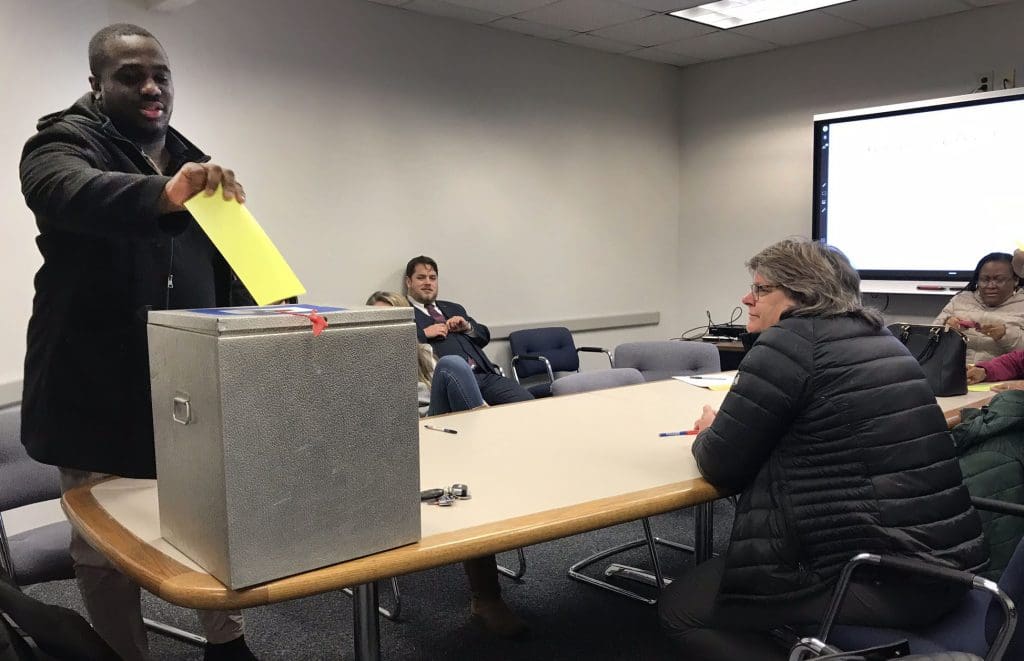 That’s if they don’t seek a primary to reverse the results. DTC Chairman Ed Camacho said no primaries are expected.

Embattled Board of Education member Mike Barbis, who was censured by the DTC in December, did not run for reelection to the political body. Barbis ally and close friend Nora King did, but fell well short, according to sources.  Camacho won election to represent District E on the DTC; he hasn’t been a member in four years and formerly represented District B.

Mike Mushak did not get reelected to represent District B, but former Board of Education member Migdalia Rivas is back on board, should the results stand.

The DTC changed its rules in 2015 to expand its membership from 35 to 55, allowing 11 members per district. At that time, the rules were changed to allow that it could be run by a chairman who is not a member.

The body endorses candidates for election and appoints replacements for Common Council members or Board of Education members who resign.

Barbis and King did not reply to Friday emails asking about the vote.

Turnout at the caucuses was typically light though spirited; about 55 votes were cast in District B.

Unpacking that a bit, the District A membership has four changes: Chris Yerinides did not run, and Elsa Peterson Obuchowski, Julie Corbett and Dickson DeMarche fell short. Sheikh, Hallstrom and Bylone are new, and Murray is a former member who hasn’t been on the body since 2016. She was on the Board of Education for 20 years before retiring in 2015.

Jackie Lightfield’s name was on the ballot but she fell well short according to results obtained through a different source; Ayers got the most votes at 42. 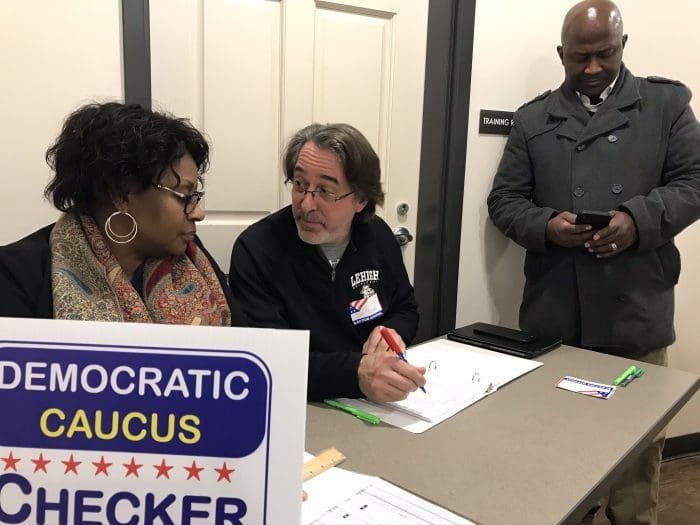 District B had 17 candidates for the 11 seats, even after Bruce Morris withdrew his name to allow others to serve, according to Bobby Burgess. The results show three shifts; in addition to Mushak, Manny Langella fell short. Ray Dunlap did not run.  Révolus and Jordan-Byron are new, while Council member Ernie Dumas has served before but not in the last four years.

District C’s turnover, should the results stand, would feature Balliett, McAllister, Theodoridis and Naomi Kydes as new members. Current members Ed Holowinko, Lisa Nuzzo, Sam Pride and Doug Stern are not on the list; NancyOnNorwalk does not know if they ran.

District D already had turnover, given the departure last month of Bruce Kimmel and Kay Anderson, who switched their party affiliations to Independent. Keefe has never run for the DTC before. Current members Lynne Moore and Marilyn Robinson are not on Wells’ list of winners; NancyOnNorwalk does not know if they ran.

New to District E will be Finnegan, Flaherty-Ludwig and Tepas, should the results stand. Not returning will be Marc Bradley, Christopher Dowling, John Nash, Barbis and King.

Barbis, King and Mushak have served on the DTC since at least 2014.

Barbis and King voted last month in favor of appointing Shirley Mosby to the Board of Education, in opposition to the majority decision in favor of Hosten. King’s vote was cast by a proxy although she was present at the beginning of the meeting.

“Expanding the Democratic Town Committee has resulted in more people wanting to get involved, which is central to democracy and essential for self-governance,” Camacho wrote Saturday.

“Congratulations to all the new DTC members, especially to all our good friends from District B!” Mushak wrote. “Everyone deserves to serve their community if they so desire, and at a time when we see the Republican Town Committee desperate to find folks willing and able to serve, it’s great to see so many passionate Democrats stepping up and competing for positions.”

This story was amended at 3 p.m. Saturday to add comments from Ed Camacho and Mike Mushak. 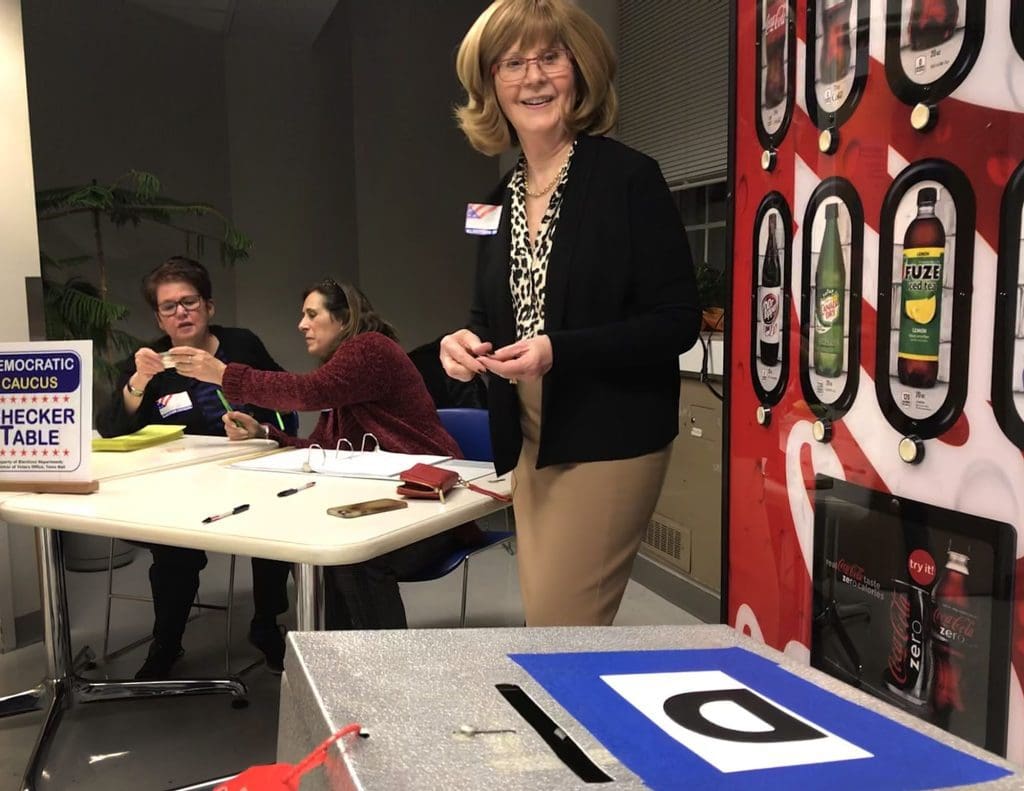 Congratulations to all the new DTC members, especially to all our good friends from District B!

Everyone deserves to serve their community if they so desire, and at a time when we see the Republican Town Committee desperate to find folks willing and able to serve, it’s great to see so many passionate Democrats stepping up and competing for positions.

I can’t believe my name was mentioned on NoN. It’s an honor, I’m a big fan of the website. I look forward to working with fellow Democrats to make Norwalk a better and brighter place.

Slight correction. I was elected to the DTC in 2018. This is my second time up.

@Babar: To honor your first official mention in NON, I wanted to make sure the first comment about you was a positive one, not a troll’s insult. 🙂
Congratulations to everybody who stepped up to serve!

Mike Mushak has once again is quoted as saying that Republicans cannot find members to join the parties town committee.(master of misinformation) I will set the record straight for my district. We have 100 member allowable. 20 members per district. In DISTRICT D. We have a full roster of 20, plus an auxiliary group of over 5 who participate, but cannot vote. We also have the lone common council member Thomas Keegan from our ranks who replaced the distinguished long time council member Doug Hempstead. Lets hope that the new members to the NDTC will do the right thing for the people of Norwalk. Congratulations to all.

Anna Duleep, I highly appreciate the gesture. Thanks. Kind of looking forward to my first troll experience though 😀