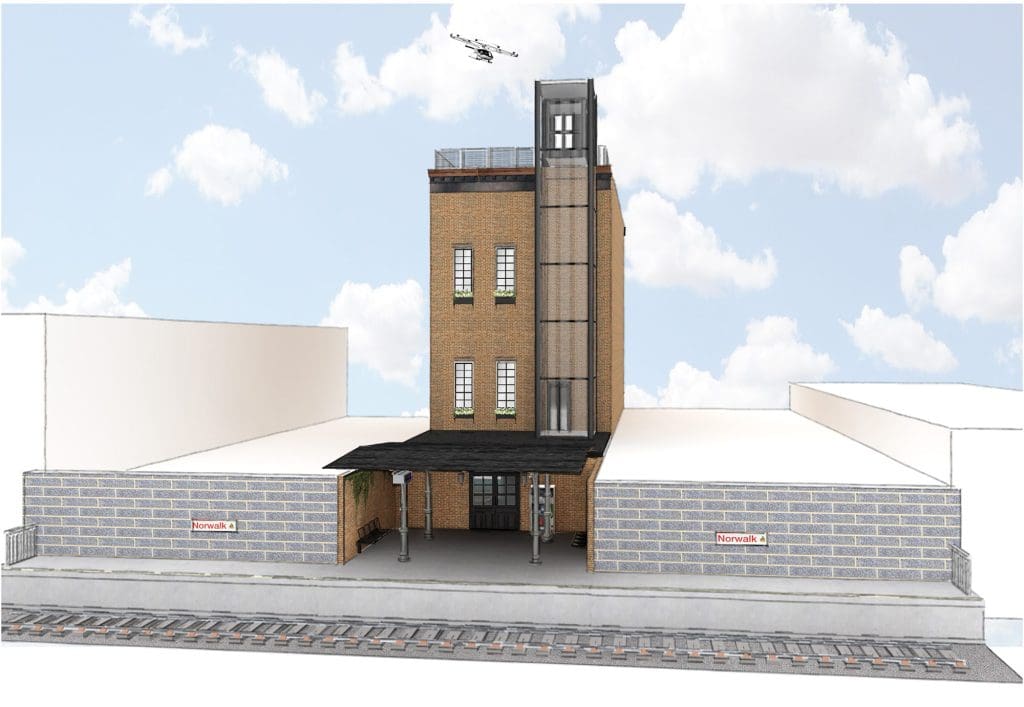 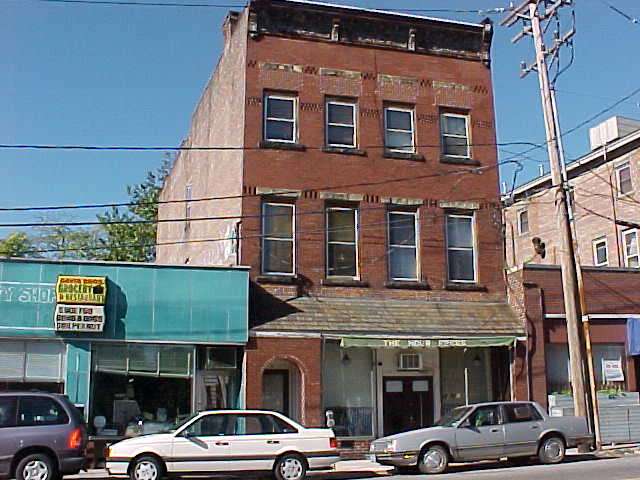 The building at present. (City of Norwalk)

NORWALK, Conn. — Nate Dillard’s surprise plan for Norwalk Center includes vertical lift helicopters and a train stop out the back of the historic building he owns, in addition to a bike/electric scooter share operating out of the ground floor.

“I mean, we’ve all had a vision down in this neighborhood for something like this to happen. This is just on a higher caliber; I think that it can definitely fit. It’s just a matter of time,” Dillard said Saturday.

Dillard and his wife, Gloria, bought 10 Commerce St., the former Hour Press Building, in late September. It dates to 1880 and housed a cigar factory in the late 19th century, Dillard has said. Their efforts recently brought the History Channel to Norwalk as “American Pickers” came to feature the old building.

Dillard called the site an ideal location for a transit-oriented development, given its access to the train tracks and central location. It’s “well positioned to optimize foot traffic/tourism throughout the neighborhood as a centralized transportation hub,” he said.

“This is a long-term forward-thinking plan for the downtown, which lies in an opportunity zone that is exploding with growth and development.  Foot traffic has always been the key to the downtown’s success,” he wrote.  He described details thusly:

“First I’m hearing of this. Certainly is an interesting concept,” Mayor Harry Rilling said Friday in an email.

“I guess I kind of wanted this to be a surprise,” Dillard said. But, “I guess not that it’s that big of a surprise to like the developers down here. They obviously, some of them, have voiced their opinion over the years that a train station would be great for the neighborhood. But again, you have to go through all the feasibility studies, you have to go through all the right, you know, government officials, etc. But I figured, look, why don’t we put a conceptual plan together? And obviously, that can be tweaked. I’m not saying that Gloria and I are, you know, how to have the best possible plan for the neighborhood, but I think it’s a starting point, right?”

He already has zoning approval for the Airbnb as the second and third floors are zoned residential, he said. The first floor is zoned retail and “you are allowed to have a transit hub.” 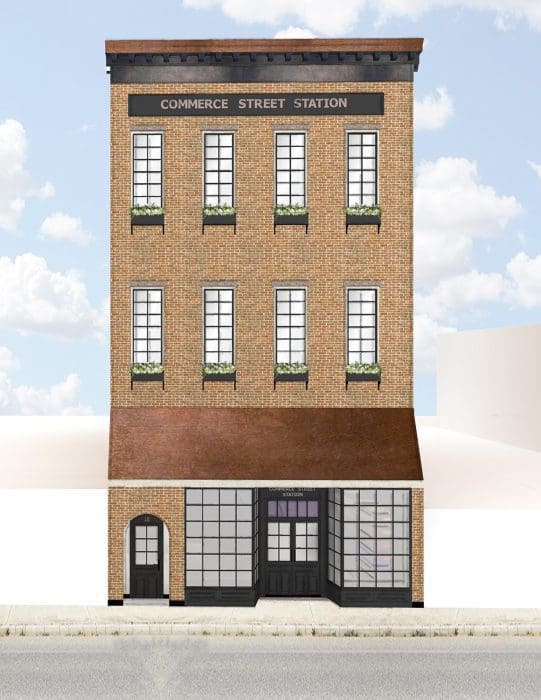 The four apartments as Airbnd will bring Manhattanites here for tourism purposes and put people on the street, he said. So that’s a short-term, immediate goal, as is bringing the front façade back to its “former glory.”

“It’s what we did with the other two buildings on the street years ago. So we just want to keep the momentum going, along with the other developers that are in sort of in the neighborhood,” he said.

He’s spoken to the rowing club, “a quick discussion,” and Smart Cycles, but that’s it, he said.

“I wanted to release it out to the public, first, to get feedback, and suggestions and ideas,” he said. “And then I want to sit down with all the developers and get their suggestion and ideas. And then I want to sit down with the city of Norwalk and present them all the data that I have, and see if there’s a possibility for us, all collectively, together with the developer side funded, and to see what other grants are available through city officials. You know, I like to keep the burden off taxpayers.”

A heliport for electrical vertical takeoff vehicles is “going to come into play over the next 10 to 15 years,” he said. People will say it’s crazy but “you know what, it’s going to become a reality. Look how drones have come into play.”

UPS recently announced that its buying hundreds of eVTOLs to add to its fleet of delivery vehicles. Blade’s popularity extends to the medical field, as hospitals use the service for organ transportation.

“I have not reached out to (Blade) yet. I wanted to get these plans together first,” Dillard said. “I’ve been following them closely as I do real estate in Manhattan and a lot of our clientele use their service to fly back and forth to the Hamptons.”

The new technology of eVTOLs means they are quiet, not like the helicopters everyone is accustomed to, Dillard said Monday. He emphasized that this is a long-term option.

Dillard said he and his wife have lived in the neighborhood for 20 years. He said, “All boats rise with the tide, right? If we can all collectively do this together, it’s only going to improve the area and again, foot traffic down in the neighborhood.” 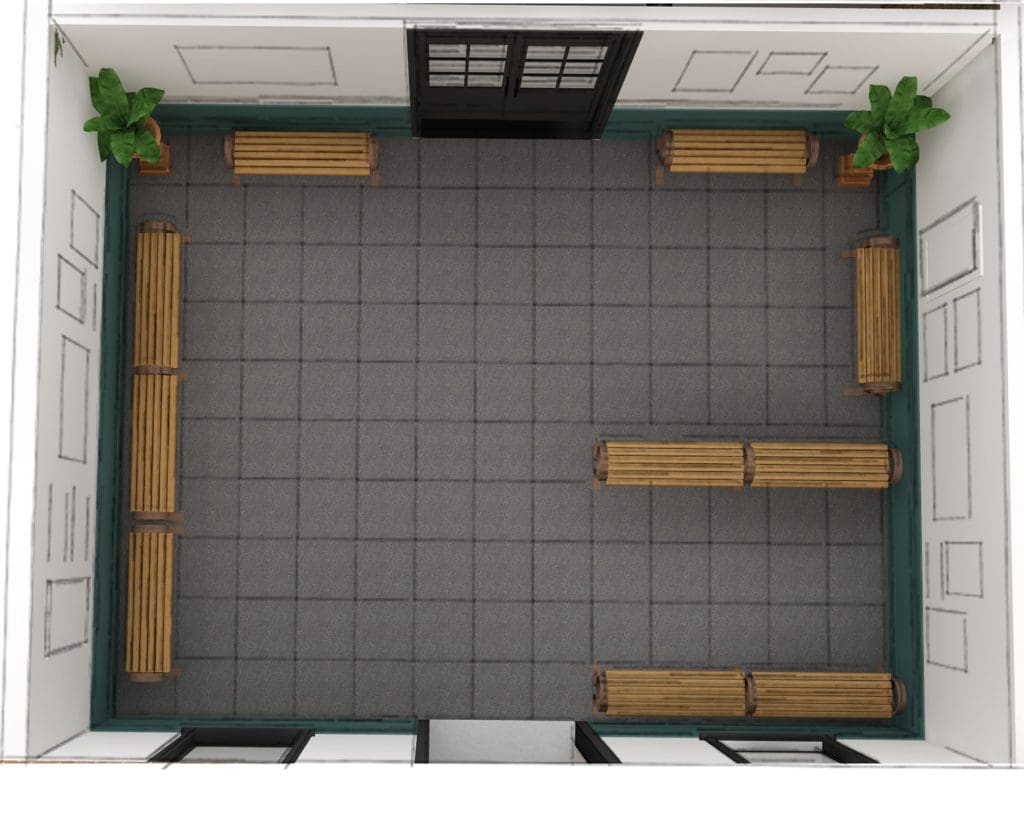 A rendering of a conceptual plan for 10 Commerce St., an aerial view of a waiting room. 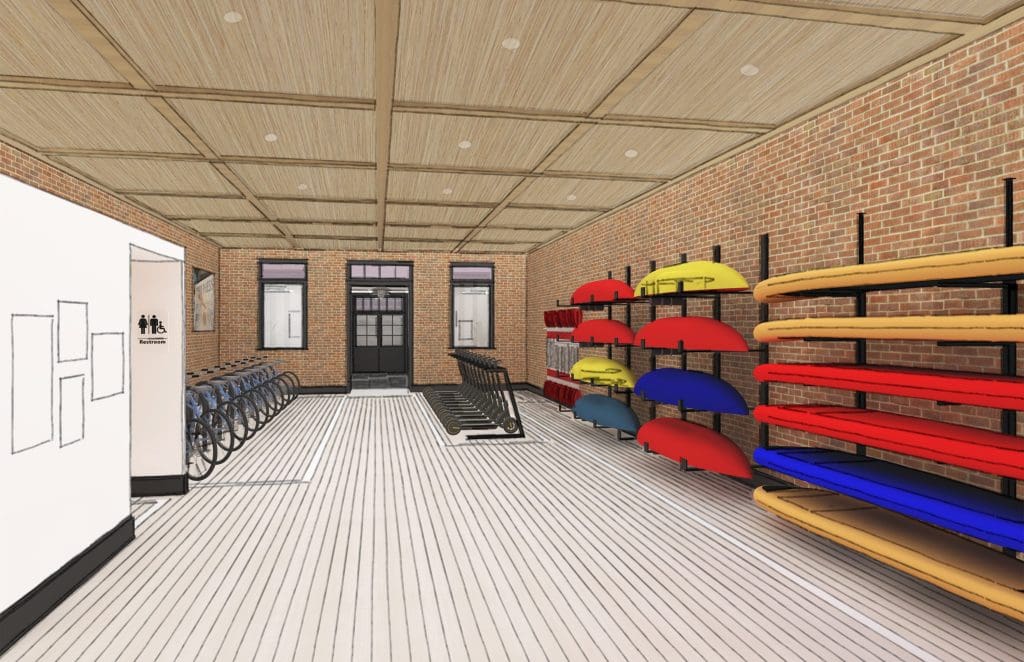 A rendering of a conceptual plan for 10 Commerce St. The Norwalk Boat Club “used to have paddleboard and kayak rental, I just more or less put it into the presentation just for the visual aspect,” Nathan Dillard said. “Most likely those kayaks and paddleboards would be housed at Norwalk boat club during the regular season, and then during the winter, they’re more than welcome to put them into the building. They’re just for storage purposes. “ 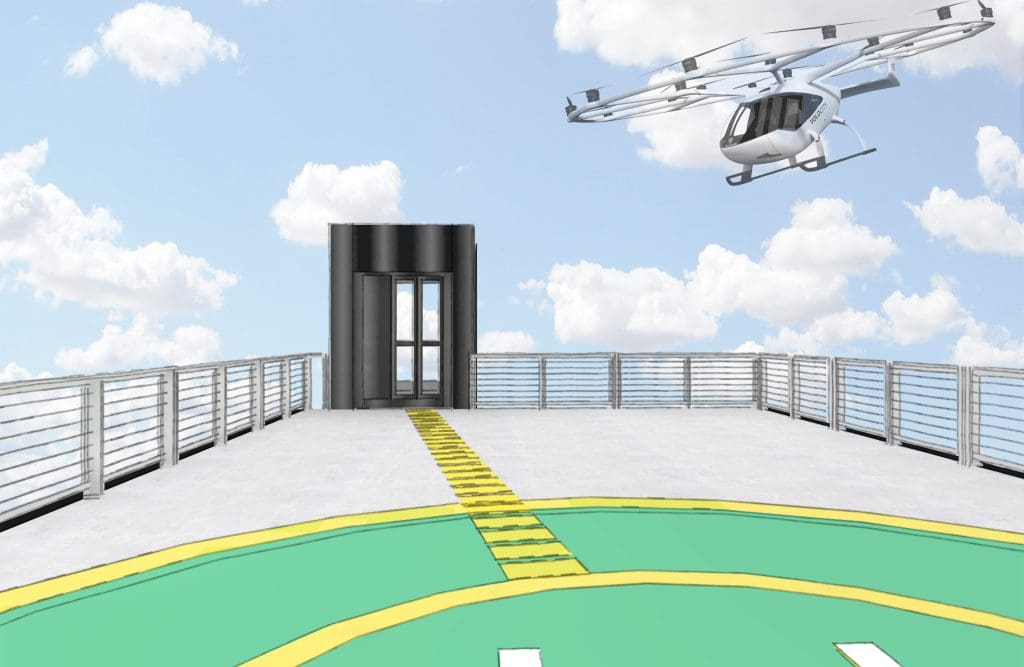 On the surface this plan while not exactly new it’s quite ambitious and would be a great addition to that area. But the property owner better be on team rilling and have a track record of donating large amounts of money to the cartel otherwise this has a snowballs chance in hell of going anywhere. $$

Nancy, I this a belated April Fool’s entry? Helicopters near so many residential units?…..

Maybe not totally viable but at least thinking about a move beyond the current “cookie cutter” artless mixed use residential plague.

I love the Dillards’ “think-outside-the-box” thinking.

Thank you for sharing this and I hope that some good comes of its message.

How about submarine pens and balistic missile silos…

I do think that one of the impediments to creating a viable heliport in downtown Norwalk, though, will be the Parking Authority’s insistence that all helicopters land ass-backwards.

That’s a good idea. If the mayor and common council can get the Poko project to “someone ” to finish! That seems to be harder than landing a helicopter downtown!

I appreciate the creativity but I cannot imagine someone leaving Manhattan to vacation in an Airbnb sandwiched between a train station and a helipad and down the street from a concrete plant.

This sounds like a new episode of the Jetsons!! My boy Elroy!

Well at least this is a solution to the parking problems in south Norwalk. And should there be a zombie apocalypse they’ll have a quick exit out of the city . . . bwaaaaaaaaah

The sky is the limit. Wall Street has so much to offer.

Nate & Gloria live like 3 doors down from this building. They have been working to improve the area for like 2 decades.

This project would literally go in their back yard.

Let’s all support and root for them.

We can always hope for better.

I don’t know if I’m on board with the helicopter/EVTOL site, but every other idea sounds like something we could use more of in Norwalk. Let’s get it rolling.

There is no mention of the incredible noise pollution that helicopters create. The residents of Battery Park City in Manhattan have been battling the city to eliminate the helicopter sightseeing tours that are so loud people stop talking when they go overhead. Noise pollution like that also raises blood pressure and stress levels of people subjected to them. And to what end? They would benefit only the very few uber-wealthy who could afford to travel that way at the expense of everyone else.

First, if another Danbury train station needs to be built in Norwalk, it should be more centrally located. Where the tracks cross New Canaan Avenue would be a better spot.
Second, where would the parking be placed for helicopter and train customers? (Yes, that is a rhetorical question).

To clarify a more centrally located train stop between the South Norwalk and Merritt 7 stations would be a near the New Canaan Avenue crossing. There is also space where parking and a pickup/ drop off area could be built.

Please help me understand why someone would want to take a helicopter to wall street? To stop at OTB and bet on the horses? Or better yet to see the Tyvek Temple. Just curious how home owners get charged with blight violations but that building can look like that. Ever since wheels put their hub at the pathmark mall Wall Street went down the drain.

On the contrary. Most people who Pooh Pooh Wall Street haven’t been there in years. Come by a WSNA meeting, and you might be surprised to realize how many cool businesses reside in the neighborhood. The investment dollars that have come into the neighborhood in the last few years are beginning to change the streets. Blame the Tyvek temple on the City Council.