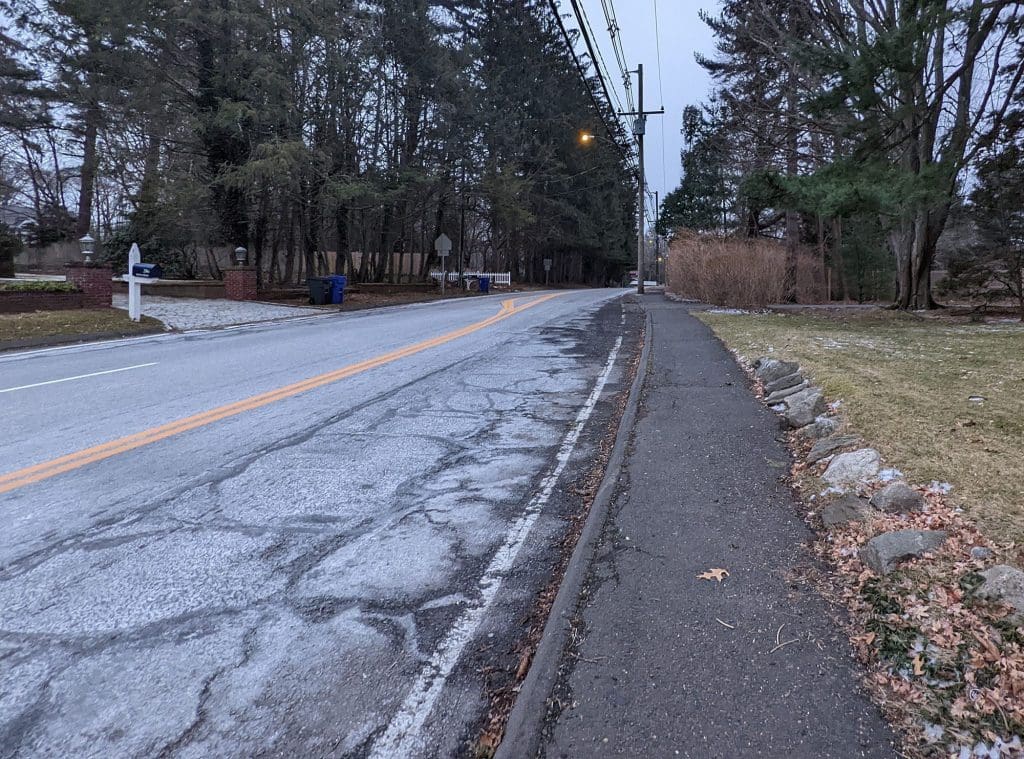 NORWALK, Conn. — Complaints have been rolling in and everyone understands the frustration with some of Norwalk’s road conditions, Department of Public Works leaders said Tuesday.

About 20 roads will be done in the amendment to a contract approved last year, but not necessarily before the paving season ends, probably in November, Carr explained. The work would resume in the spring.

In a memo, DPW lists these roads for “potential” paving:

“Obviously, there’s roads that we’re focused on, like Flax Hill,” Carr explained to the Committee. He elaborated:

On Wednesday, Carr clarified the plans.

“The portion of West Rocks Road between Main Avenue and Creeping Hemlock Drive (close to Bayne Street) is tentatively scheduled for pavement milling and resurfacing in Spring 2023.  However, if the 2022 road paving program permits, DPW will potentially complete this work by the end of this construction season (i.e. prior to mid-December asphalt plant closures).  The 2022 road paving program is dependent upon contractor scheduling, logistics and weather conditions,” Carr said in an email to NancyOnNorwalk.

The “bigger roads” are on the list because, “We know that it’s a hot topic,” Carr told the Council members Tuesday.

Council members have been getting questions about the roads and the conditions they are in, Carr said. “But there are reasons for that, like the utility work from SNEW (South Norwalk Electric and Water), from Eversource, private contractors on West Rocks Road.”

In April, Republican Town Committee member Bryan Meek said drivers might break an axle on Flax Hill Road. He called West Rocks Road “a $2 million job” and asked, “Why hasn’t that been done for the last 10 years when it needed to be?”

“There are many projects going around in the area.

“Eversource Gas has just installed a new main gas line between Rampart Rd and Oak Hill Ave, including new services. The trench was restored on a temporary basis right before winter and now Eversource will come back to do a full-depth restoration. This is expected to happen in late Spring.

“We are working on upgrading sidewalks on Soundview Ave up to the intersection of Flax Hill Rd – including new ADA ramps.

“Also, we are considering further improvements at the intersection of Highland Ave and Flax Hill Road.

“The paving of the road will happen after all work is completed.”

She also said Soundview would be paved after the sidewalk work was done.

In March, City officials announced that all the sidewalks on West Rocks Road will be upgraded through a $1.4 million federal grant.

Carr on Tuesday said Eversource is “almost done,” having worked in Shorefront Park and “by a couple of schools,” and is “restoring a trench on West Rocks.” The First Taxing District Water Department is repaving West Rocks curb to curb on from St. Mary’s to Butternut Lane.

“So there’s a lot of work that’s outside of our control, that we’re not going to pave, if we know the utility company is required to do that restoration. So we understand that it’s been a hot topic,” Carr said.

The paved road status page on the City website hasn’t been updated since June 14 because “the contractor hasn’t really paved since then,” he said.

DPW is reworking schedules and “you’ll see lot of paving in the Soundview area in July, Iris Court and Rowayton area, there’ll be paving citywide,” Carr said. “At the end of the day,” the promised online progress map “100% will match what’s planned.”

The 5-year paving forecast hasn’t been updated because Valadares and her staff are “taking a fresh look at re-prioritizing some of the roads” in light of survey responses, consultant input, “driveability” and staff observations, Carr said.

There’s a technicality involved: the Public Works Committee voted to advance an amendment to an existing contract, not a new contract, for $3.4 million of work.

Valadares explained that over a year ago, the City changed its procedure to keep an existing paving contract in place, to be able to promptly use funds when a new fiscal year kicks in. Two amendments are allowed, Carr said.

“We can’t just keep adding money through amendments, because that’s not part of the public procurement process or how our guidelines work for Public Works, and specifically in paving contracts,” he said.

This would be the second amendment on the April 2021 contract with The Grasso Companies.

“We’re not sure if we’re going to do the second year, the second extension for Grasso Companies, that’s going to be a department decision in consultation with my staff,” Carr said. “But we have done the first extension, and this is for the Second Amendment.”

Public Works Committee Chairwoman Barbara Smyth (D-At Large) said there have been many complaints about road conditions but “it is it is very challenging. You have all of these projects going on and you can’t do the repaving until they’re done.”

He said, “I have never seen a Public Works Department push out as much paving as this department and I’ve worked with several others.”

We’re mainly a driving community. I see a number of new sidewalks being put in yet some streets look like a war zone. For example, Center Street I believe has new sidewalks yet the street itself looks like Russia dropped some munitions on it.

$3.9 Billion in PPP money was passed out to the paving companies under PPP so they could “invest” in their businesses. Grasso received over $1M. On top of that, how much ARPA money went to towns and cities for projects like road paving?
And still you have to beg for what is pretty much basic services and when you break an axle you get to pay.
Read NoN, 3-28-17 to see how things have changed, or not changed ,in the land of steady habits.

What about Grandview Ave, Spring Hill, Riverside… basically all of Norwalk…

Lots of happy residents when West Rocks is repaved. Courtesy of election time.

Does DPW send out a list of roads to be paved 5 year out to the utilities and property owners?

They used to years ago. This way the utilities and property owners are on notice and could plan to get in the ground BEFORE repaving a roadway, not AFTER.

If anyone needs to get in the ground after the repaving a bond would be needed and held for a year before being released as long as the patch work is as good as the new road surface. If the repaired surface is not the same condition as the one year old surface the company responsible would need to repair the surface or forfeit the bond.

Having recently migrated from New York City to South Norwalk, I can attest the roads around here are not that bad. You can certainly lose an axle and a wheel in NYC! But smoother roads would be nice.

Traveling on many roads in Norwalk remind me of the Norwalk Hour’s – John Coneybear’s words. Norwalk roads are BURMA roads so much so that the Norwalk Hospital requested all to inform the current Mayor how dangerous it is for anyone to travel on especially those who are traveling in an ambulance.
Please consider the safety of Norwalks citizens who have to travel on the BURMA Roads.
Please fix our roads.

SIDEWALKS The Mayor made his concerns regarding the safety of children on sidewalks. He stressed that residents DO NOT PARK on sidewalks. Well that didn’t work because residents continue to park on the sidewalks. Just go up Spring Hill Avenue and you will find 5 – 6 vehicles on the sidewalks. This happens all over the City and now they are broken up or nonexistent where they used to be.