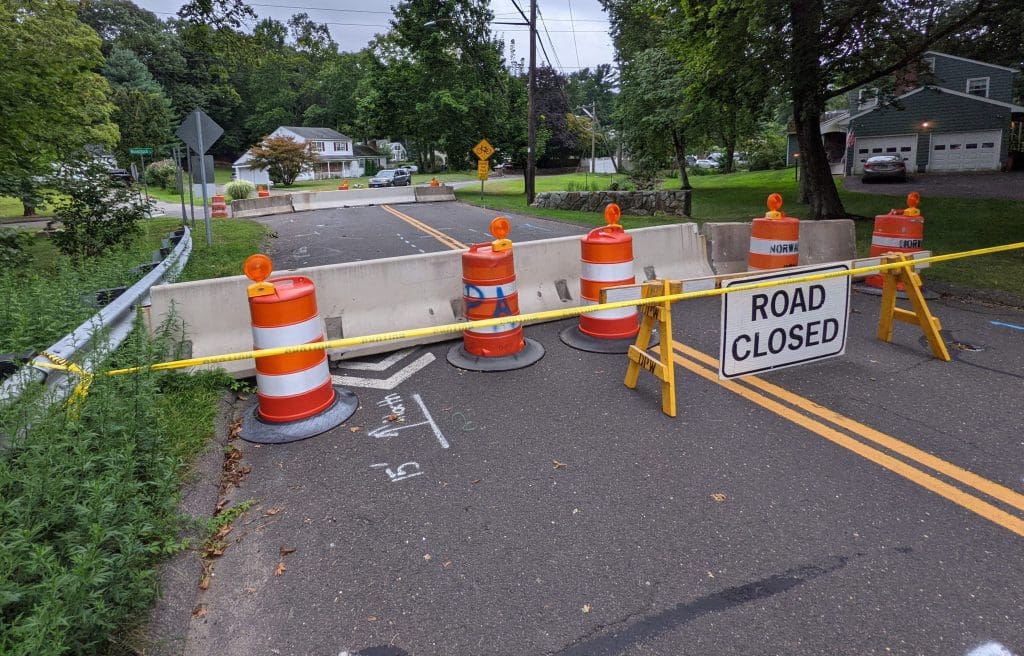 “The toe of the stone masonry foundation on both sides of stone masonry arch bridge within the limits of the scour are missing and appears to have been undermined and washed out. Some remnants of the northwest foundation can be seen to have settled into the scour hole,” wrote Dennis Quinit, an engineer, to Norwalk Department of Public Works leaders recently.

City officials found a crack in the roadway near the intersection of Rowayton Avenue and Woodchuck Lane in mid-July and closed the road. Norwalk Principal Engineer Vanessa Valadares subsequently said the street will remain closed for three to four months for repairs.

Quinit and Norwalk Senior Civil Engineer Paul Sotnik went before the Conservation Commission last week to explain what caused the damage and how it’s going to be addressed.

Tropical Storm Elsa dumped more than six inches of water on Norwalk within 24 hours, four inches of them within five hours, Sotnik said. This made it exceed the standards of a “25-year storm.”

Quinit is manager of bridge engineering for Freeman Companies, which has an open contract with the City for design of small bridges that need rehabilitation, Sotnik said.

Not only is there a 2-inch-wide crack running 10- to 15-feet in the road, but it’s a quarter inch higher on one side than the other because the northwest corner of the bridge collapsed, Quinit said. The scour hole ran across the entire channel, the width of the bridge and undermined the footings. 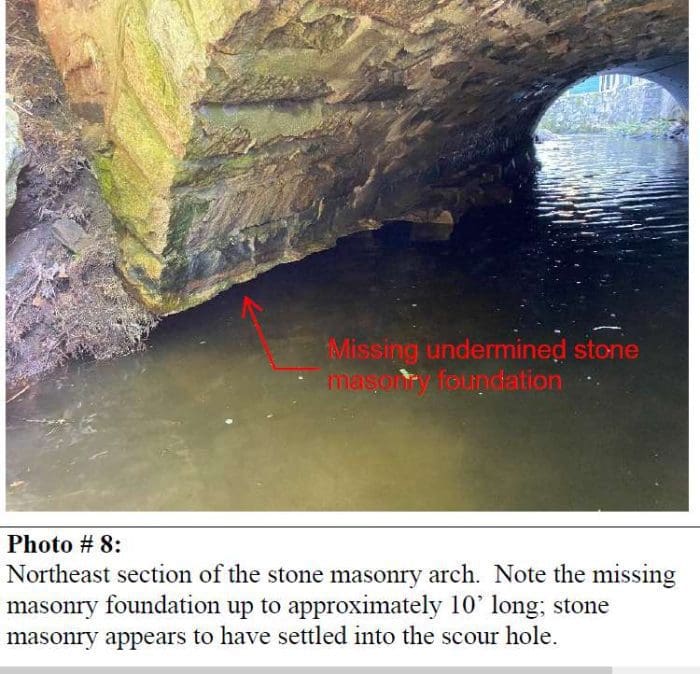 A photo in a report from Freeman Companies.

Elsa inundated the channel and while the water didn’t cover the road, the constricted condition “basically forced water into the culvert, creating a turbulent vortex and increased pressure” and velocity, creating the scour hole, he said.

You could “replace the structure to emulate the existing hydraulic capacity of the bridge,” with a bottom slab to prevent scouring in the future, Quinit explained. Or you could build something bigger. This would require more permits and “potentially inundate downstream facilities, properties and other structures as well.”

You’d need to create a temporary bridge over the existing bridge so the roadway could be reopened, in the second option. Basically, a liner would be inserted into the culvert.

Either version would be expected to last 75 years.

Freeman recommends emulating the current bridge rather than redesigning it to allow more water through, Quinit said.  A 4- or 5-foot pipe may need to be installed outside the existing structure to allow a water bypass, and “we will try to save the trees that are going to be in the way. If not then they will have to be taken out.”

While the roadway won’t be widened significantly, a guide railing can be installed for safety purposes and the bridge length may be extended, he said.

The Commission needs to approve a plan, and the concept will be further tweaked, Assistant Planning and Zoning Director Alexis Cherichetti said, suggesting a consideration of a “natural bottom” while recognizing that it’s a dynamic watercourse.

DPW has been concerned with wetlands impacts previously and “there’s no reason” to think that won’t continue, Conservation Commission Chairman John Moeling said. The thoughts seem “sensible” and “from an environmental standpoint, from a wetland standpoint, you know, it seems to me that you guys are thinking it through.”

“We are looking at making an arch like you currently have there, with the precast,” Sotnik said. “We are looking at doing a form liner to make it look a little more natural for the environment, possibly using the timber guide rail to make it look more natural for what is out there today, too. So we’re, we’re considering all of those things as well. But this setup would give us the quickest turnaround and Army Corps (of Engineers) would probably not have as much to say about it. And then also we would be able to open the road as soon as possible too and try and check all the boxes.” 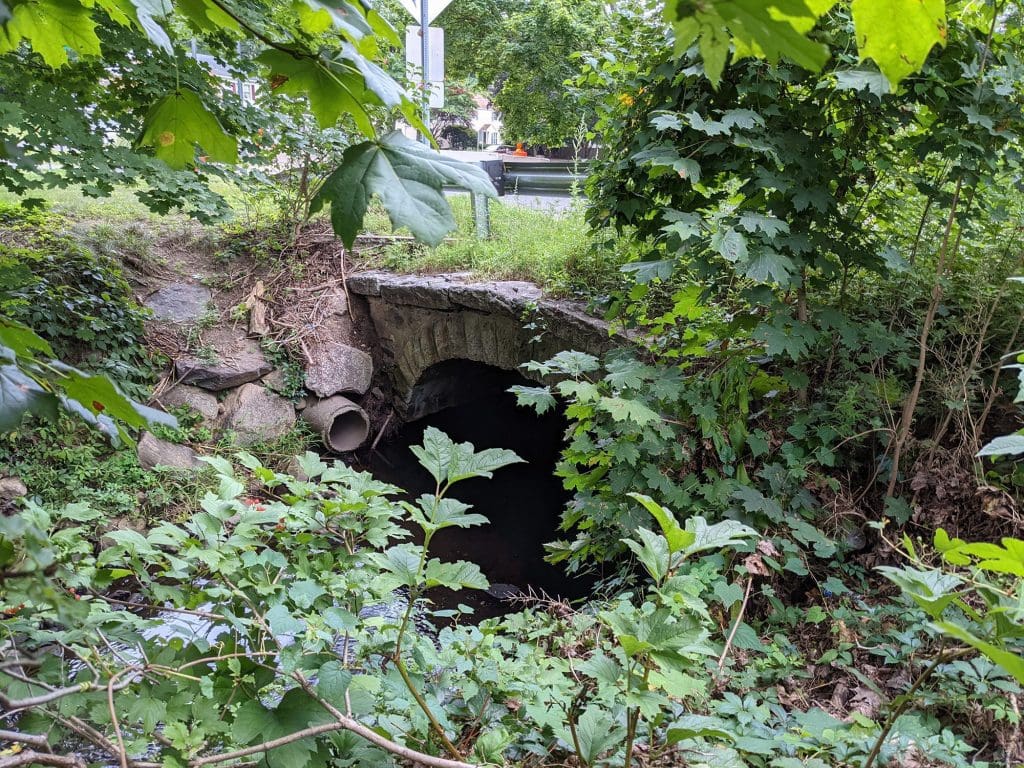 Question: This issue was recognized years ago and a plan was made that incorporated the property on that curve closer to the river. The people were paid an amount for their house with an agreement that when they moved, the property was the city’s for the purpose of expanding the road to dampen the curve and replace the bridge.

@DM. Put aside for the 8 figure legal bill.