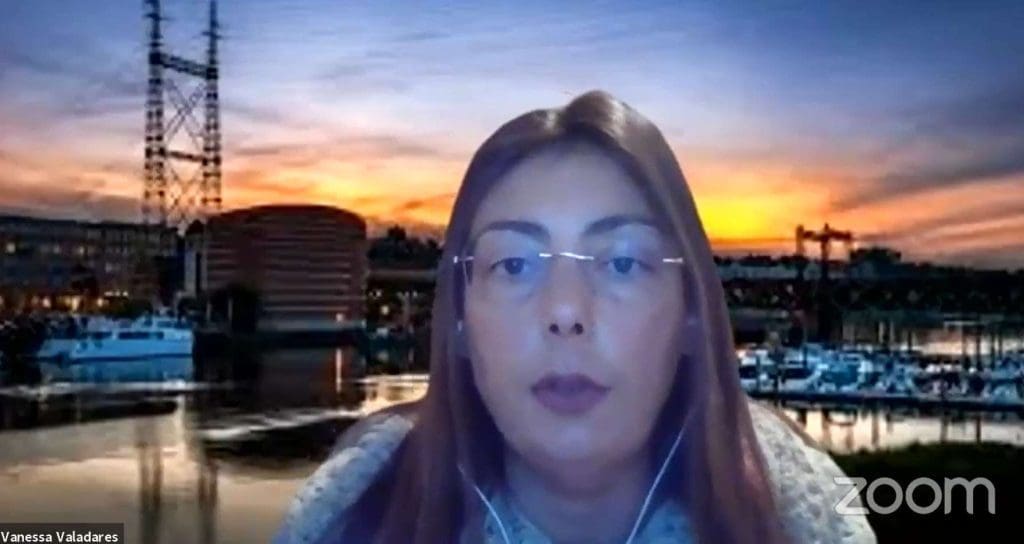 NORWALK, Conn. —The short-handed Norwalk Department of Public Works has lined up three consulting firms to pitch in as needed, for a maximum price of $50,000 each over the course of a year.

With nine DPW employees taking early retirement last fall, up to 15 percent of the overall workforce was gone or departing, Norwalk Chief of Operations and Public Works Anthony Robert Carr said in October. Five engineers were reported to have left, two of whom had three decades of experience.

On Tuesday, Principal Civil Engineer Vanessa Valadares reported, “We’re down to, we have six positions that are vacant. We have a senior engineer, then we have five junior engineers.”

The Council Public Works Committee unanimously voted to send the three outside consulting contracts to the full Council for approval. If greenlighted then, Tighe & Bond, Weston & Sampson Engineers and AI Engineers would each be available on-call, billing on an hourly basis.

“Hopefully down the road we’ll be able to fill some of these positions and take some of the private sector consulting away,” Public Works Committee Chairman George Tsiranides (D-District D) said.

It’s basically the “first time we’ve done this type of contracts, on call engineering services,” Carr said. “But again, because engineering is short staffed and due to the volume of work, we did work with Purchasing and the law department and we arrived at the happy medium.”

DPW started with 13 applicants and worked down to the three consultants, which have different strengths, Carr and Valadares said. AI is good with structural issues and bridge work, Tighe & Bond actually helped write City standards back in the 1980s and Weston & Sampson is strong on permitting and has “very, very” strong experience with grants, according to Valadares.

“It’s kind of crucial, because we know … there are some grants available out there. But it takes time for you to file the application. And they are very strong on that, and particularly also with requirements,” Valadares said.

“We’re just trying to find a few companies that could help us to do some of the work when we’re kind of short staffed. And so also just want to emphasize that this is not for like big tasks – $50,000, to be honest, is not a big number to give to design consultants,” Valadares said. “So it will be just more small tasks that we’re planning to issue to them throughout the course of the year. And with that in mind, we try to select three companies that had a very broad base that could really help us on those tasks.”

“I think, in general, the market nowadays is super good for construction. Particularly during COVID,” Valadares replied. Familes are moving out of the cities and into the suburbs, and “a lot of the small developers that are also hiring, because you can see a lot of new houses are coming up or being renovated. And also they are hiring engineers.”

Norwalk municipal salaries are usually “a little below the private market. But before we used to have a lot of benefits that would close that gap,” she said. “So you had a pension, you had free medical, but now we do not offer that anymore, the medical is paid, and we do not have a pension anymore.”

Valadares told Livingston that they’re advertising two junior engineering positions and are calling interns who have worked for Norwalk, so they should “know better next month” if they’re able to hire people.

As for the other three junior engineer positions, DPW is changing the junior engineer job descriptions “to adapt to our needs” and an engineer currently in the Transportation, Mobility and Parking (TMP) department is moving to DPW, she said.

It looked like DPW was hiring a new senior engineer but “unfortunately it didn’t work out at the last minute” and “now we’re going for the second round now advertising that one. And that one is very key because that person takes a lot of the load off the senior engineers,” Valadares said. “…That’s why we needed this RFQ because there are a lot of things the small things usually take as much time as the big things. So we’re trying to be able to focus on the core and get some of those small things for the companies to help us with.”

This is plain and simple Privatization . This, in our City that is touted as ‘family friendly’. What is friendly about paying the workforce as little as possible with no benefits and no guarantee of a work week offered? Or will the workers hired get equal compensation to AND benefits that our current workforce has – clearly as Mr. Carr says, they will not get continuous employment. Disgraceful comes to mind, not ‘a happy medium.’

Shouldn’t the City have thought this through before offering early retirement packages?

When Ms. Valadares begins to interview to fill the six open positions, I hope that there will be diversity in the search to find “the best.”

Also, in hiring the 3 very capable consulting firms, I hope that a Black/minority owned, very fine firm will be chosen as well.

Oftentimes, when a person mentions hiring a minority, preferably Black owned firm, it is thought that one is asking that “the bar be lowered.” I am not.

I am asking that minority candidates and consulting firm(s), that are exemplary be chosen, implicit biases be acknowledged and these candidates be strongly considered; if not hired.