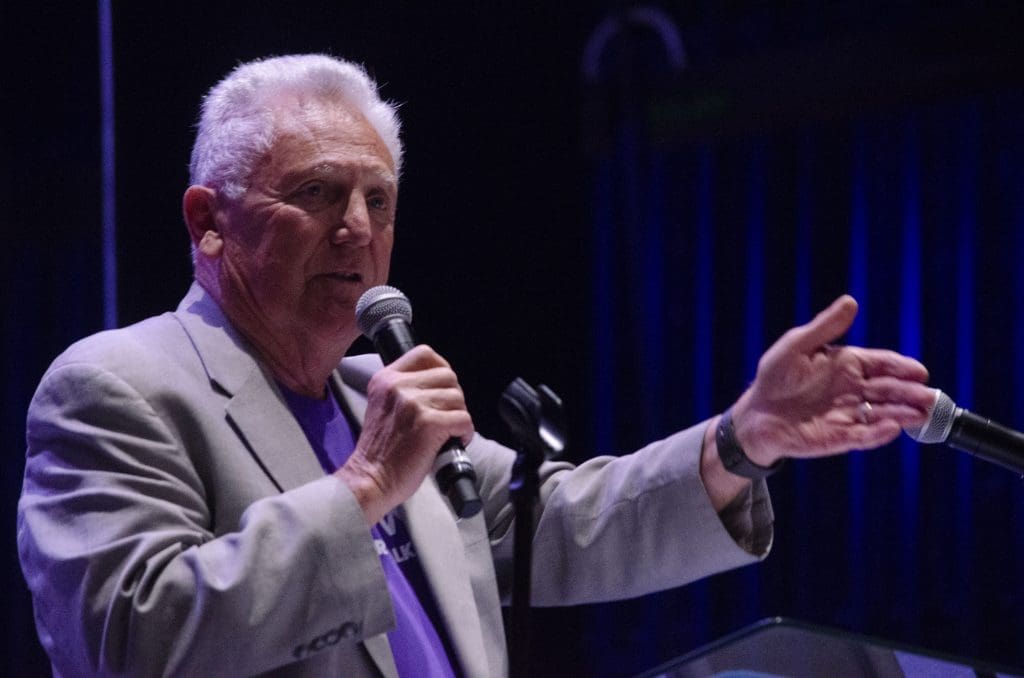 NORWALK, Conn. — Some Norwalk election notes, one pertaining to next year:

Mayor Harry Rilling has registered as a possible candidate in next year’s election.

The candidate registration form was filed Oct. 17. It indicates that Rilling is going to form a candidate committee. This is a necessary step in raising funds for a campaign.

If Rilling runs for reelection next year, it would be for a sixth two-year term. Rilling, 75, was first elected Mayor in 2013.

One potential competitor has been a 2023 Mayoral candidate for 20 months. Common Council member John Kydes (D-District C) formed an exploratory committee in December 2020 and the following May announced he’s running for Mayor in two years.

Kydes did not reply to an email asking for a response to Rilling’s move. 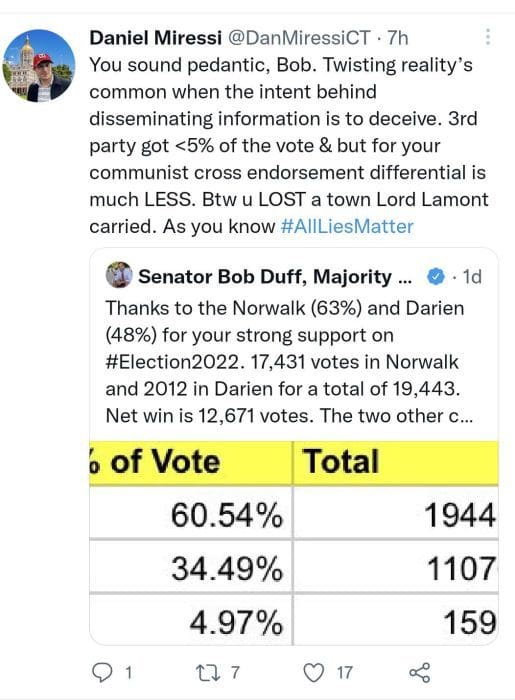 “I publicly conceded the moment I put my name on the ballot,” Brinton said Sunday.

Brinton said recently that the Independent Party wasn’t comfortable with endorsing the far-right Miressi, so she entered the State Senate race to maintain the Independent line on the ballot. Duff “had a 95% chance of winning” but she wanted to highlight her arguments for election reform, including a desire for Ranked Choice Voting.

“Refusing to concede with 35% of the vote?  It’s got to be an embarrassment for the RTC,” Brinton said Friday.

District 25 includes all of Norwalk and part of Darien. According to the Secretary of State, there were 4,309 votes cast in Darien and 27,884 cast in Norwalk. 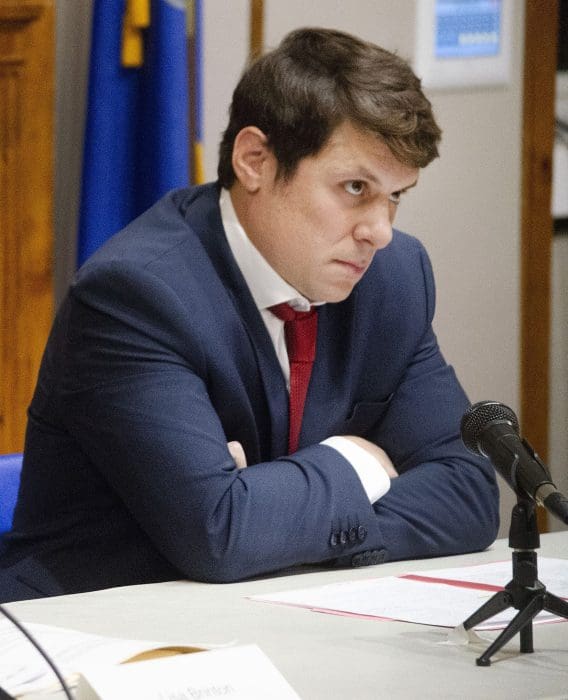 Miressi’s showing percentagewise is the poorest for a Republican candidate since at least 2014, according to Secretary of State records. One caveat: Miressi had an Independent competitor. Norwalk registrar records online show that the Independent Party cross-endorsed Republicans from 2012 through 2020 and there were no Independent candidates from 2004 to 2010.

Miressi did not seek Citizens Election Program (CEP) funding for his campaign. He had received $2,285 in donations as of Nov. 1, according to campaign documents.

He is headed for a tenth two-year term.

Pundits and Republican commenters nationwide expected a gigantic red wave. Instead, Democrats have won control of the Senate. Republicans appear poised to win a narrow majority in the House, although the vote counting isn’t done yet.

What does Wilms say now?

“It continues to appear likely that the GOP will gain control of the US House,” Wilms wrote Friday. Logan “beat all expectations around his race, losing only by a whisker at the very end. I see a bright future for him, whatever his next move may be.”

He continued, “The results in Connecticut for the GOP were disappointing. Governor Lamont’s popularity and strong top of the ticket showing, set the tone for all the other races. In Norwalk we had outstanding House candidates who ran great campaigns. One, Tracy Marra, representing Rowayton & Darien, won. Our three others, Don Mastronardi, Nicole Hampton and Luis Estrella, have a lot to be proud of and have bright futures ahead.” 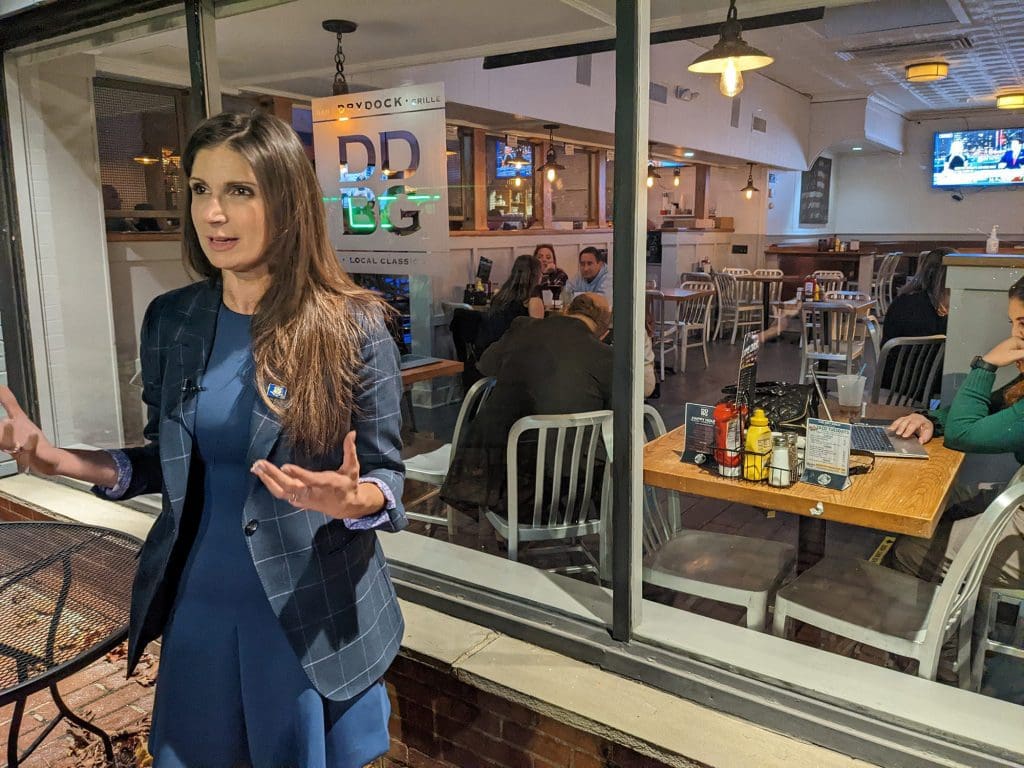 Will they stay in politics?

Miressi didn’t reply to an email asking if he plans to stay in politics.

Republican candidate Don Mastonardi got 40.23% of the vote in his unsuccessful bid to unseat State Rep. Lucy Dathan (D-141).

Republican candidate Nicole Hampton won 41.75% of the vote in her unsuccessful bid to represent District 143 in the State House, losing to Democratic candidate Dominique Johnson.

“As a political newcomer, it was rewarding to knock on doors in Norwalk and Westport and talk to voters about the issues they care about—affordability, schools, safety and quality of life,” Hampton said Wednesday in a statement.  “I’ll still be present and advocating for these things in my district and my state…. I will continue to work to make elections more accessible to more voters regardless of party of registration.”

Republican candidate Luis Estrella won 34.8% of the vote in his District 137 contest with Democratic candidate Kadeem Roberts. Estrella didn’t answer an email asking he he plans to stay in politics.

Norwalk Attorney Jessica Kordas won 41.4% of the vote in her unsuccessful bid to unseat Attorney General William Tong, a Democrat.

“I didn’t expect the election to go this way. We fought a good race,” she said Tuesday evening. “…I think that I have a lot more to offer to the state of Connecticut. I don’t know that I’m done yet. I don’t know where my space is going to be. But I wanted to bring something different to politics, I wanted to bring a public servant that was desiring to serve the people and not tied to a political agenda.”

She had congratulated Tong, she said. “We need to find politicians that are willing to be uniters instead of dividers.  I feel like we don’t have a lot of that in politics.”

Jessica Kordas is an intelligent voice of reason👍🏼 at the end of the day we are all Americans🇺🇸🙏🏼 but we do need election reform and I think we need term limits so that a political office doesn’t turn into a career it’s supposed to be an opportunity to serve our community our state our country and its citizens.🇺🇸

This, from Wikipedia, pretty much sums up Connecticut state and local Republicans.

“Caspar Milquetoast is a comic strip character created by H. T. Webster for his cartoon series The Timid Soul. Webster described Caspar Milquetoast as ‘the man who speaks softly and gets hit with a big stick’. The character’s name is derived from a bland and fairly inoffensive food, milk toast, which, light and easy to digest, is an appropriate food for someone with a weak or ‘nervous’ stomach.”

Miressi is just the latest shame of an RTC that functions more like a support group for people who are compulsively enraged by living in a blue town in a blue state.

What’s ironic is that CT is one of the most small-c conservative states in the region. A party that wasn’t spending most of its time being irrationally triggered by the mind-numbing opiate power of today’s abhorrent right-wing propaganda machine, would be more than able to put forth a cogent center-right leader like Lisa who could competently articulate a non-insane opposition platform against a brainlessly complacent DTC.

Instead, out of all the Republicans in Norwalk, the RTC managed to find the only one who was insane enough to deny his own loss. And THIS was the guy who was their latest, greatest hope to defeat the hated Duff? Delusion and paranoid fantasy are no substitute for competent retail politics, guys.

Rilling again? Isn’t it time to get some young blood in there? My god there should be term limits.

Harry filed so he can collect cash? In other “breaking news” – the sun rose over the Atlantic this morning. I mean, you don’t expect HER to get a job, do you?

No – as long as Norwalk blindly votes line A, he’ll be there to take your money forever. Can’t believe I’m saying this – but good luck John Kydes. The only place a legitimate contender can emerge from is within. One party rule leads to crabs in a bucket. Someone is going to challenge him.

Have we now totally abandoned even the concept of mathematics? Newsflash: Concessions or no, Bob Duff was elected. The idea that you haven’t really lost until you “concede” is something that we need to get away from. Least of all because it makes us look silly.

In her defense, Brinton was very clear about her intention, purpose and prospects in running against Duff. I’m not sure she “hasn’t conceded” so much as believes that it isn’t necessary. And I’m pretty sure that Duff hasn’t lost any sleep wondering when he can finally breathe easy on the basis of Lisa’s concession.

The same is true for Miressi. All of the votes have been reported and counted. Why is it notable to anyone, himself included, that he’s not yet “conceding?” Is he just trying to make the point that he won’t gracefully acknowledge that Bob Duff won? Does he think that he won? Are we under the collective impression that there’s some dark and secret playground style loophole in the books that if you “concede” but then it turns out that you actually did so prematurely that you wouldn’t win? I heard that if you concede and your opponent quickly says, “123 NO TAKE BACKS” it makes it official. Can anyone confirm that?

As to the rest…of course Harry wants to be Mayor again. He has fun doing it, it’s not really too much work, it’s his for as long as he wants it and he’s getting paid handsomely for it. Anyone who wouldn’t want that as their retirement hobby should have their brain checked.

Bob won. Yay. Others lost. Time to move on. Work together.