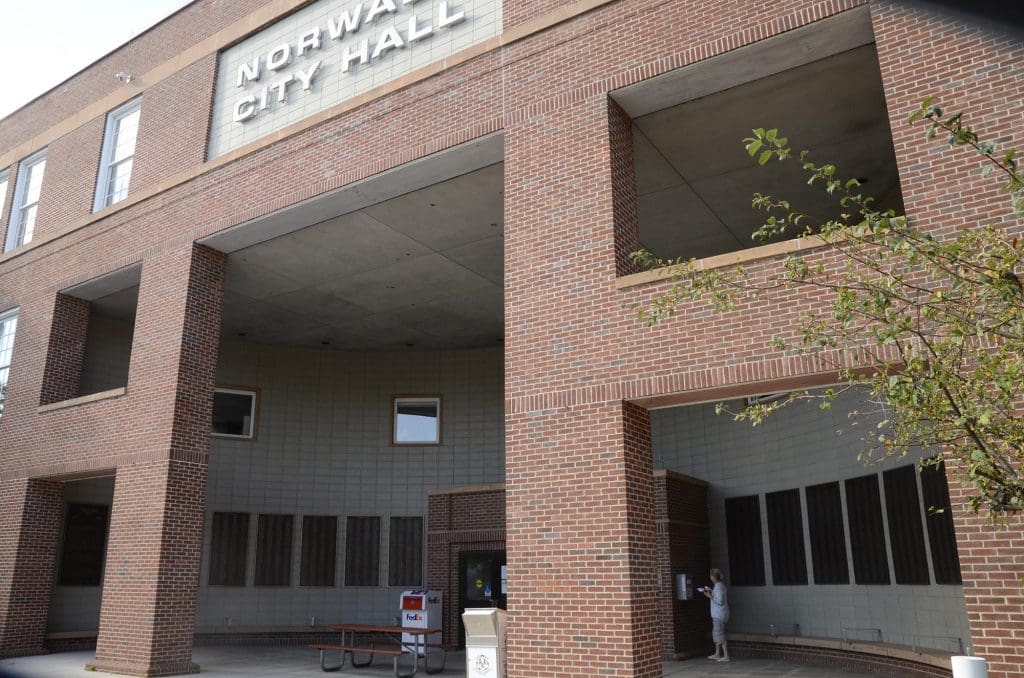 Turnover is imminent at City Hall.

NORWALK, Conn. — Sources say that 44 City employees have opted into the early retirement plan authorized by the Common Council in August.

Norwalk offered 91 non-uniformed employees the early retirement opportunity in an effort to cut expenses given COVID-19.

“This is an opportunity that we have right now to streamline the city services to try to downsize and save money to avoid … layoffs … or furloughs,” Mayor Harry Rilling said.

Employees who were more than 55 years old and had at least 10 years of service to Norwalk were eligible to gain three years of additional service credit, and, if they were younger than 62, have any early retirement pension penalty waived,” a press release from Norwalk Communications Manager Josh Morgan explained. Norwalk Police and Fire Department employees were not eligible.

It had been projected that about 30 employees would take the opportunity, “based upon our experience with doing a program like this 10 or 11 years ago,” Director of Personnel and Labor Relations Ray Burney said in August.

Employees had three weeks to opt in and then would leave the workforce in early October, he said.

Multiple emails to Morgan and Burney, asking for the status of the program, had gone unanswered until Wednesday morning, when Morgan released this statement:

“A total of 44 out of 91 eligible employees accepted early retirement. We are currently reviewing the future of the 44 positions. As we have always stated, some positions will be filled, some will not, and others will be revised. This is a collaborative process between the Mayor’s Office, the Chiefs and Department Heads with a guiding focus of delivering the best service to residents today and into the future. Now that we know the specific employees participating in the program, our actuary is performing a revised financial impact analysis. We will present the results of the program to the Common Council in the future.”

Building and Facilities Manager Alan Lo and Tax Collector Lisa Biagiarelli said they are not retiring.

Common Council President Barbara Smyth (D-At Large), in August, said, “We’re looking out for taxpayers, to try to identify cost savings that will help our taxpayers. It’s a much better plan than just initially jumping to layoffs and furloughs at this time, because that would negatively impact vital city services and we really want to try to avoid doing that.”

Phew, what would we do without Josh Morgan? And of course our newly hired Tourism director, as we know that has been a serious area of need the last 6 months.

It’s up to 65 now with today as the deadline I heard. Thats over 20% of the general government workforce. And had the city furloughed in March when it should have the city could have saved 10s of millions shifting those to the federal Cares act programs while we rode out the pandemic. Financial blunder of the century.

Oh, if only Norwalk had gotten a bigger share of that $750.oo…think of the jobs that could have been saved..

On a serious note, Thank You for your years of service to all those who are retiring. You kept the city functioning for us citizens in these strange, uncharted of times!

Not sure who it was that spent the Covid on a boat?…? Or maybe working from home?