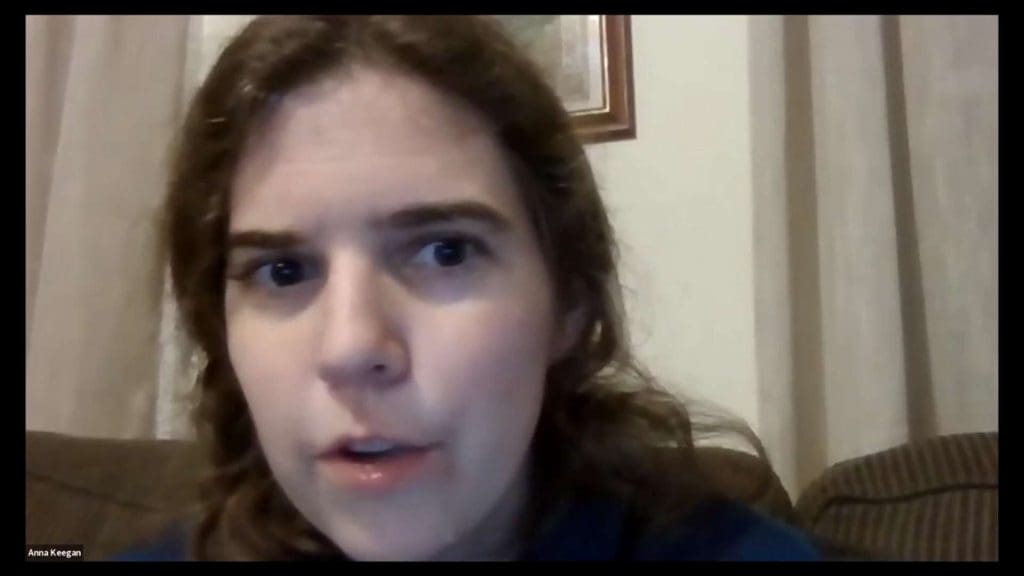 NORWALK, Conn. — Anna Keegan is leaving her position as Norwalk’s Acting Director of the Human Relations and Fair Rent Department and taking a job with the Norwalk Housing Authority, where she will make less money.

“I’ve accepted a position with the Norwalk Housing Authority as Director of Housing Operations, and am looking forward to working with {NHA Executive Director} Adam Bovilsky and Kras Carlucci there,” she said in an email.

Bovilsky is her former boss. Keegan was a Civil Rights/Fair Rent Investigator when Bovilsky left his role as Human Relations & Fair Rent Department Director in June 2018 to lead the Housing Authority. Since then, she’s been the “acting” director of the department.

City officials did not respond to multiple emails asking about Keegan’s departure, her salary and the benefits she received as a city employee.

Keegan’s salary in her new role will be salary will be $110,000 a year, Bovilsky said. She made $111,772 in 2020 as a Norwalk employee, according to information from the Finance Department.

“Her current annual salary is $95,563 plus a stipend of $15,606 for performing duties outside of her position description as ‘Acting’ Director,” Norwalk Communications Director Josh Morgan said Monday. He did not say if there have been applicants for the jobs.

Keegan was hired in 2012, two months after the City, under then-Mayor Richard Moccia, changed its pension plan. She, like other current employees, qualified for a 401a, basically a 401(k) for government employees. The end outcome varies based upon investment success.

She could take “normal retirement” at age 55, the State’s website says. It describes a pension amount based upon her average final compensation.

Keegan’s exit comes in mid-April. The City’s help wanted ads went up a week ago and close today.

The City’s website indicates two employees in the office, other than Keegan: Jazmine Principe does administrative support and Darlene Young is a program coordinator.

Keegan said, “Our department has been doing everything it can to minimize issues caused by the transition and provide interim coverage so that the Fair Rent Commission will be able to continue its valuable work with minimal disruption.”

“Plans are in place to minimize disruption. We appreciate that Anna has agreed to support the Department before she begins her new role at the Norwalk Housing Authority. If necessary, we can also bring in outside counsel temporarily until the position is filled,” Morgan said.

NancyOnNorwalk sent an email to the Human Relations Commission, via the link provided by the City. It went to four of the 11 members.

Commission member Jo Bennet said she’s only been on the Commission for less than two years, the last one dominated by the pandemic.

Don’t kid yourself. There is a lot of money in poverty. Not that anyone cares that Roodner Court apartments cost taxpayers as much as a brand new Avalon one or that they look the way they do. THis is the Norwalk way. Profit off the poor while pretending to care about them.

Bryan, that’s a challenging statement. Can you tell us specifically how much a Roodner Court apartment costs taxpayers and what your source is for the number?

having been chair of the human relations commission and worked with anna for many years,she is an amazing talented person and a great loss for us. wishing her well and know that she will be a great asset to adam.

Congrats to Anna on her new position and thanks also to her for her service in the Fair Rent and Human Relations department for the last 8+ years. I look forward to continuing to work with her now as part of the team at Norwalk Housing Authority!

Congratulations to Anna. I wish her all the best!

Challenge yourself Ken. Go to their website and try to find any kind of financial statement or budgetary documents. There is no transparency because there is zero accountability. $2800 a month for Roodner Ct apartments most of which is taxpayer subsidized is the tip of the iceberg. Do we need to discuss the $800,000 apartments being built? Trust me it isn’t the residents who profit from this. In fact they are punished if they ever stop being poor by losing their rent supports. I dare you to find anything that ever discusses basic finances on their website https://www.norwalkha.org/resources.php