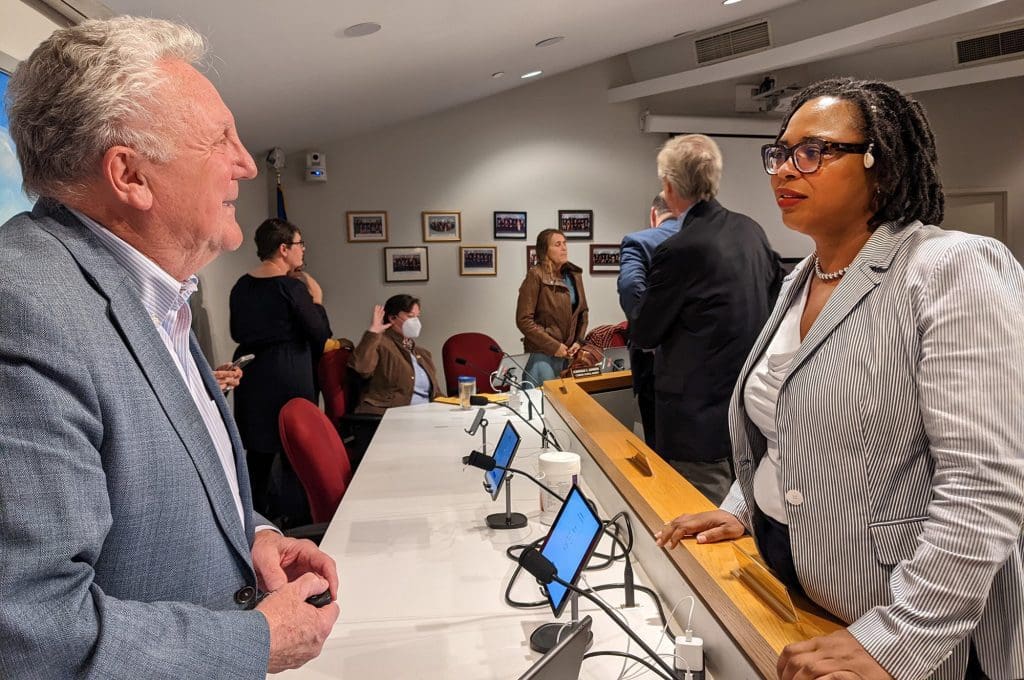 Tyisha Toms, right, chats with Mayor Harry Rilling after Tuesday’s Common Council meetingin City Hall. Toms said that Bridgeport was trying to tempt her to stay in her role as Associate City Attorney but she really wants to come to Norwalk and work as Assistant Corporation Counsel.

The Assistant Tax Assessor duties – managing commercial real estate property inspections and valuations – have been handled by a consultant.

Gorman, a Trumbull resident, worked for Westport for more than three years. Before that, he was Trumbull Assistant Tax Assessor for 12.5 years, according to his resume. He also works as a real estate agent in Orange.

The recently released efficiency study painted an unflattering picture of the Tax Assessor’s Office; among the criticisms were personnel shortages.

Evergreen Solutions, author of the study, noted that many Connecticut Tax Assessor offices have vacancies, making it difficult to hire new employees.

An Assessment Analyst is retiring this week, according to Norwalk Director of Communications Michelle Woods Matthews. 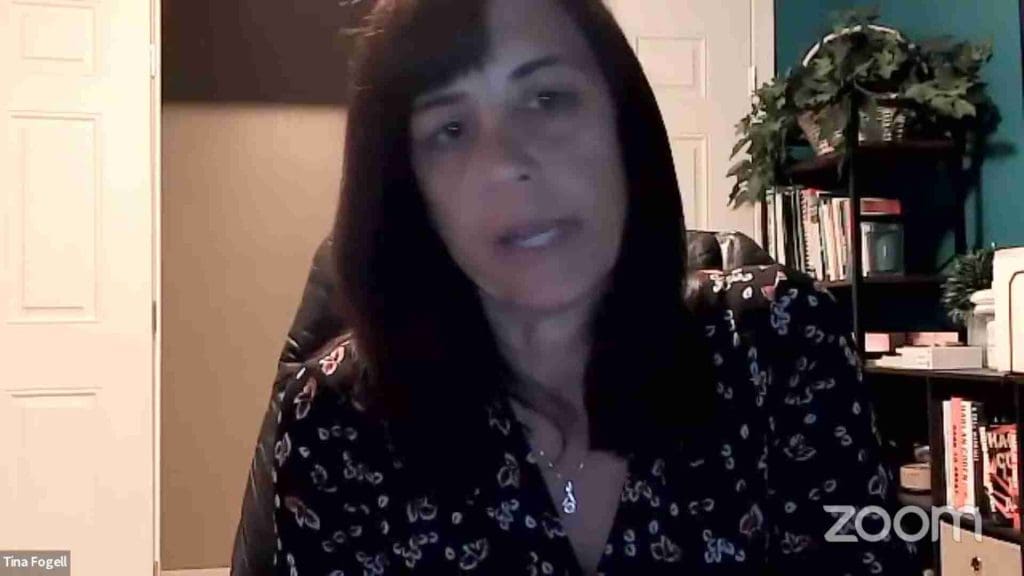 Tina Fogell speaks to the Common Council, Tuesday via Zoom.

The Common Council on Tuesday approved Tina Fogell to be Norwalk’s new Chief Human Resources Officer. She replaces Director of Personnel and Labor Relations Ray Burney, who has retired.

Fogell has been Director of Human Resources for the School of Public Health at Brown University since January 2021 but wanted to come to this area because her significant other has gone to work for Stamford Public Schools, she said to the Council.

In her application for the job, Fogell said she could keep her position at Brown by working remotely but preferred to work with staff members in person.

A lifelong resident of Cumberland, R.I., she became a practicing attorney in 1997 and 20 years later decided to switch careers and be Director of Human Resources for the Cumberland School District, “which I very much loved,” she said.

“I was able then to kind of use the other side of the law to really work with kind of the skills and experiences that I had received as an attorney, but really to help and support staff members, and also sometimes have to hold them accountable or talk to them about their responsibilities. And I was there for about eight years,” Fogell said.

“I was very excited to see this position,” she said. “I have over the course of my career, really integrated diversity, equity and inclusion initiatives into my work. I believe that that’s the cornerstone, it’s really foundational for all HR practices. But I’ve had the pleasure of working at Brown University, with a coordinator where we’ve gone into the community and we’ve really kind of partnered with different organizations to really try to bring up the diversity and recognize some key initiatives that the School of Public Health is missing, just by sheer numbers.”

Council President Tom Livingston (D-District E) commented, “I’ve had the opportunity to meet Miss Fogell on two occasions, but in each one, I’m more impressed. …She has great breadth of knowledge and experience and will be a real asset. I was particularly taken away by her customer service focus, which is great. And while I’m really sorry to see Ray leave, I think Miss Fogell will be a great addition a great asset to the city.” 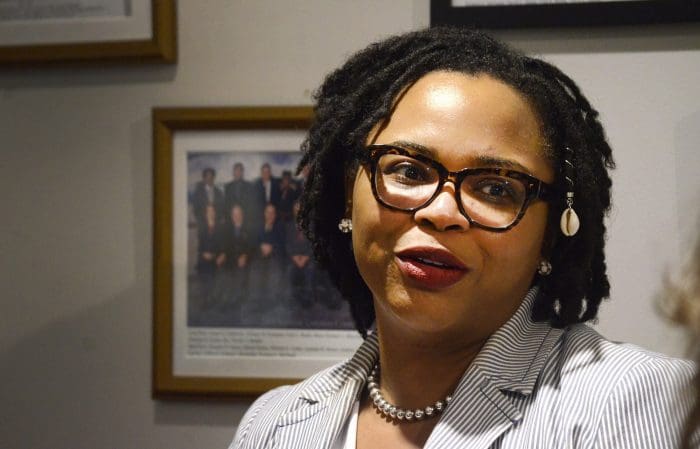 “She has vast experience in all types of transactions from FOIA (Freedom of Information Act) to ARPA (American Rescue Plan Act), so many different things. I believe she will be a great addition to the law department,” Livingston said.

She’s been Bridgeport’s lead business attorney, quarterbacking all business requests for legal services, for six years, according to her LinkedIn page. She drafted, negotiated and enforced 150-200 transactional matters annually and got her law degree from the University of Connecticut in 2007. Her first job as a lawyer was with Robinson & Cole, where she worked for three years. She later started her own law firm, focusing on real estate, which she operated for five years.

Bridgeport recruited her to work part-time but was then encouraged to take a full-time position,

“During her time with the city of Bridgeport, she has taken on a leadership role within their law department,” Coppola said. “And she also has become … their go to person with regard to transactional work, contract work, Freedom of Information inquiries, training, and other work. And I can’t tell you how pleased we were to have the opportunity to hire her at Norwalk.”

He said her work experience is “almost perfect for what we need in our department.”

“She has a great disposition, an engaging personality,” Coppola said. “There’s a number of people I know, who’ve had the opportunity to practice or interact with her over the years. And, you know, doing some of my own due diligence, all the feedback that I’ve gotten about her has been nothing but incredibly positive.”

Hiring from the outside often brings in superior talent. Kudos to City Hall.
Would that our BOE follow suit.