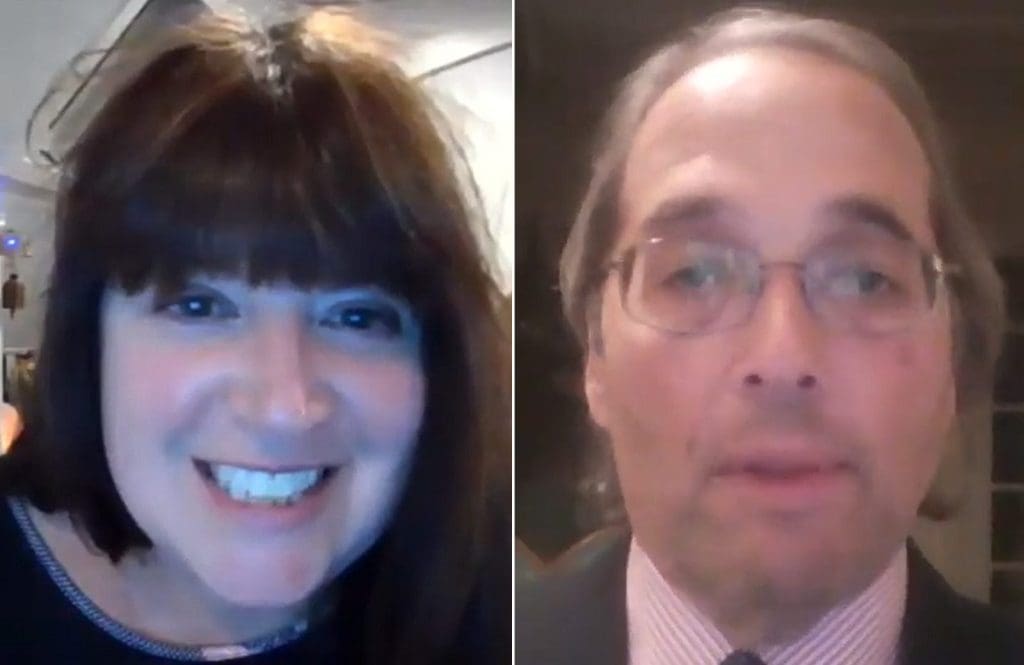 Norwalk citizens were given an extended grace period because of the pandemic and had until Oct. 1 to pay their taxes without penalty.

“We were very concerned about how people would be paying because we just didn’t know how the virus would affect our collections, given the extended grace period. But it does appear that we did pretty well.”

The Mayor’s dashboard shows that nearly 51 percent of the fiscal year 2021 tax levy has been collected. Those stats are through Oct. 2, Biagiarelli told the Board of Estimate and Taxation.

“We’ll know better when we post all of our mail,” she said. “…It appears that we had a very robust last week of September into October. And the volume of work that we did during the month of September and into October this year compared to prior years was significantly higher.”

Biagiarelli has been saying she’s “cautiously optimistic that things are going to be alright,” a sentiment echoed by Chief Financial Officer Henry Dachowitz.

“As I expected and forecast, we’re kind of doing OK,” Dachowitz said Monday. “… I don’t want to put any more precision on it.”

In September, Biagiarelli said collections were “definitely down,” about 7.22 percent, but, “I think that that is entirely due to the extension that the Council and the Mayor offered to the public. As of the end of August, we had achieved a 44.21 percent collection on the $350 million adjusted levy. Which isn’t bad. I mean, you knew it was going to be down.”

The Tax Collector’s Office processed 15,000 payments in the three weeks that ended Oct. 1, a period that saw 5,000 transactions last year, Dachowitz said. “So there really was a crunch,” and Biagiarelli’s “brilliant” idea of opening a window for customer service use will City Hall was closed was “helpful.”

Norwalk didn’t hold its tax sale because of the pandemic but all the notices went out and $3.2 million was collected, they said.

Year to year, during the 31 weeks that began when the pandemic shut things down, collections were up 2.6 percent, Dachowitz said. “That translates (to) $4.85 million, where we got the best of both worlds: we advertised the tax sale, but we didn’t have the cost of doing a tax sale. But a lot of people when they get that notice they belly up to the barn and pay it off.”

“So, kudos to Lisa and her department,” he said. “Good for all of us in Norwalk looking at the finances. And obviously, we’re monitoring it very carefully. But all the indications look good.”

Biagiarelli said that the majority of Norwalk’s tax collections come from real estate, property that represents people’s most important investment, so “if there’s one bill they’re going to pay on time, it’s their tax bill.”

Dachowitz has said this, too. Biagiarelli said 13 percent of Norwalk’s collections are from business property and 70 percent is residential. The market would have to drop 95 percent “before we are in danger of not collecting,” Dachowitz continued.

“I suspect as Lisa says, residential, that’s their biggest asset,” Dachowitz said. “They don’t want to lose that value. They don’t want us selling it for them. So they will probably pay that on the commercial side.”

And, “Based on what I’ve heard from economic development, we in Norwalk, as a quote/unquote, suburban town outside New York City are benefiting,” Dachowitz said. “We have residents who are migrating from New York. We have businesses who were saying ‘let me open up a small business office in Norwalk rather than Manhattan.’”

Further, Norwalkers who are working from home are deciding they need an office here because the kids are distance learning “so even our commercial properties are getting a positive demand,” Dachowitz said. “That’s why I’m pretty optimistic that as a city, our revenue streams are going to hold up pretty well.”

I’ll take one Dachowitz t-shirt with the slogan, “we’re kind of doing OK”.. Proceeds from shirt sales can go towards next years tax reductions.

Great work… once again. Seems all those doom and gloom predictions on local social media were significantly off the mark.

Good work and thanks for the transparency. I’m not going to toot my horn about my 8% drop that I had forecast because 7.22% is a DISASTER, not “we’re kind of doing OK”.

That’s a $27 million dollar hit. Almost the entire Police Department budget, which I’m sure some on here would say is ok to completely sacrifice.

Certainly this is a good excuse to tap into the rainy day fund and maintain 50% services at 100% cost like we have been doing the last 6 months, but that rate won’t last past next July if trends continue without a massive property tax increase.

The NYC relocations to lower Fairfield County help, but conveyance tax is too small and is really an attrition game. Someone buying means someone selling who paid just as much in taxes.

The real problems haven’t manifested themselves yet. The over-leveraged rental property owners who are just going to walk away. The restaurants that are going to shutter with PPP expired and the effect on those properties rents, taxes, mortgages, etc….

Dark days ahead for CT regardless of who wins the election as long as the Governor continues to ignore the science and the high paid consultants recommendations to implement phased re-openings starting 3-4 months ago based on science.

Hopefully he doesn’t drain the Sound. It’s the last thing keeping us here, besides our good friends leaving left and right.

Bryan Meek: We were down 7.22% as of the end of August – not now. As of the end of September, we were down 2.45%. Once we add in what we took in during the first days of October, that disparity will go down even more.

I reiterate my request that you pursue engagement on these issues by taking the time to read the reports I provide every month. If you email me, I will be glad to send them to you directly. The better informed we are, the more responsible our comments can be. I would be grateful if you, as a licensed finance professional, would stop misstating our tax collection rate in public forums such as NON.

@Lisa, respectfully that really doesn’t come out in the article here. I’m reading directly from paragraph 7. In September, Biagiarelli said collections were “definitely down,” about 7.22 percent,

Regardless, the foreclosures and dissolutions will be the lagging indicators of failed policy regarding the shutdown. That was my point. Not how hard the few people left who are working at city hall are working.

Also, don’t take my word for it, go ask some of our stakeholders with rentals that haven’t collected rents in 6 months.

Lisa: thank you for the clarification (even though the article made it clear that 7.22% was preliminary, based on August numbers). If we end up around 2% or less, considering everything that’s going on… all I can say is, great job.