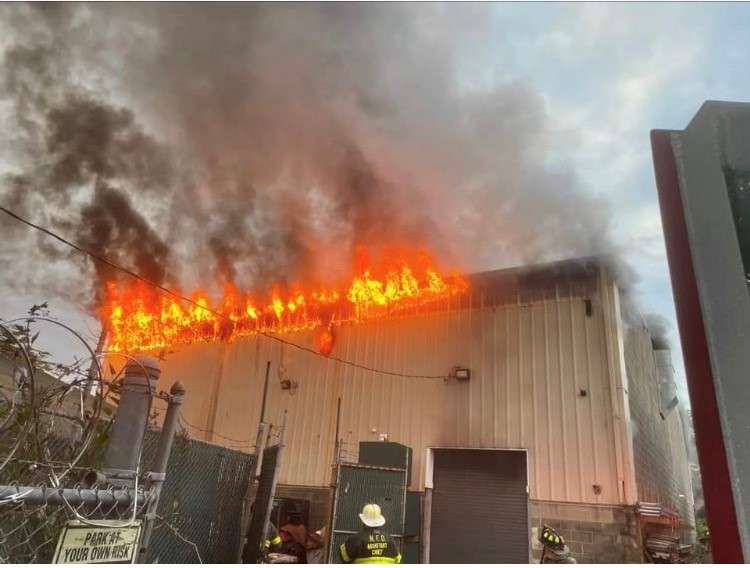 NORWALK, Conn. — Vacancies at the Norwalk Fire Department have increased.

Last Friday, Gatto told NancyOnNorwalk that he expected 16 vacancies. A firefighter who was out on family leave and was expected to return Tuesday has resigned, he said at the Fire Commission meeting.

The department as 144 uniformed personnel, he informed NancyOnNorwalk via email. The expected 16 vacancies were all in non-officer level, which features 96 firefighters.

Even so, the department handled a busy month well, according to the account given to the Commission.

Normally, the department fields about 19 calls a day but in May averaged 21, Mayor Harry Rilling said.

There were 21 fires in May, including two building fires, Assistant Fire Chief Ed McCabe said.

“We had 44 rescues, 25 of those motor vehicle accidents,” McCabe said. “We went on 374 emergency medical responses, 10 of which firefighters road the ambulance; 27 hazardous conditions, 27 public assists, 52 smoke scare in good intent. We had 111 fire alarms and cumulatively from January 1 to May 31st, we’re at 2,745 incidents and 4,326 total runs. And you can see for the month of May we’ve actually outpaced 2020.”

“Incidents of note” included a tragic run to Paradiso Street where a 12-year-old with medical conditions had died in her sleep, according to McCabe. A “a young engine company” responded, with “some new personnel” and a new lieutenant, and “They did an excellent job on the call. The Norwalk paramedics commended the performance.”

There was a kitchen fire in a private home and a “construction dumpster fire right next to Brien McMahon High School, which was quickly extinguished,” McCabe said. 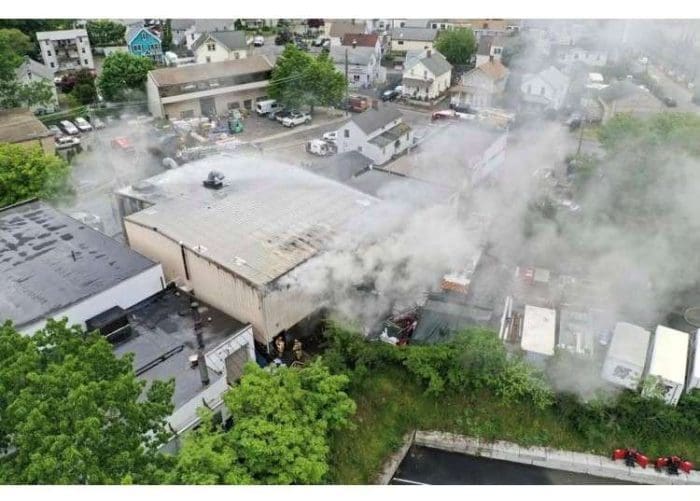 A structure fire a 7 Reynolds St., owned by Norwalk Linen Service, “was already well involved when we arrived” for the early morning call, McCabe said. Knowing that the employees weren’t there yet, firefighters took a defensive posture and extinguished the fire, “and considering was a large operation, there were no injuries recorded so a successful scene there.”

There were 33 firefighters involved in that and it took about 90 minutes to put the fire out, a press release from Deputy Chief Steve Shay said May 22.

“We also had watercraft rescue,” McCabe said Tuesday. “The fire boat responded to a call on the marine radio for a boat aground taking on water. And they were able to pull up alongside and took five people and two pets off of that boat and delivered them back to the marina. So some good performance there again by the Marine Division as it’s been a busy summer for them, and great job by all personnel involved in those roles.”

Gatto said the Board of Estimate and Taxation approved a $250,000 transfer from the firefighter salary account to the salary overtime account, “due to all the vacancies that we have.” He expects the department to be under budget in its other accounts.

The National Fire Protection Council released a report last year profiling fire departments. In 2018, the rate of professional fire fighters in large municipalities ranges from 1.54 per 1,000 residents to 1.81 per 1,000, it states.

Rilling asked Gatto is the firefighter who had resigned Tuesday could be counseled into changing his mind. Gatto said he’d already been offered peer support and other things but, “He is pretty he’s determined that, you know, he’s better off if he’s around at home.” Norwalk is his third fire department and he lives in Westchester.

He also said there are seven non-uniformed support staff members.

Norwalk does not have its own ambulance.