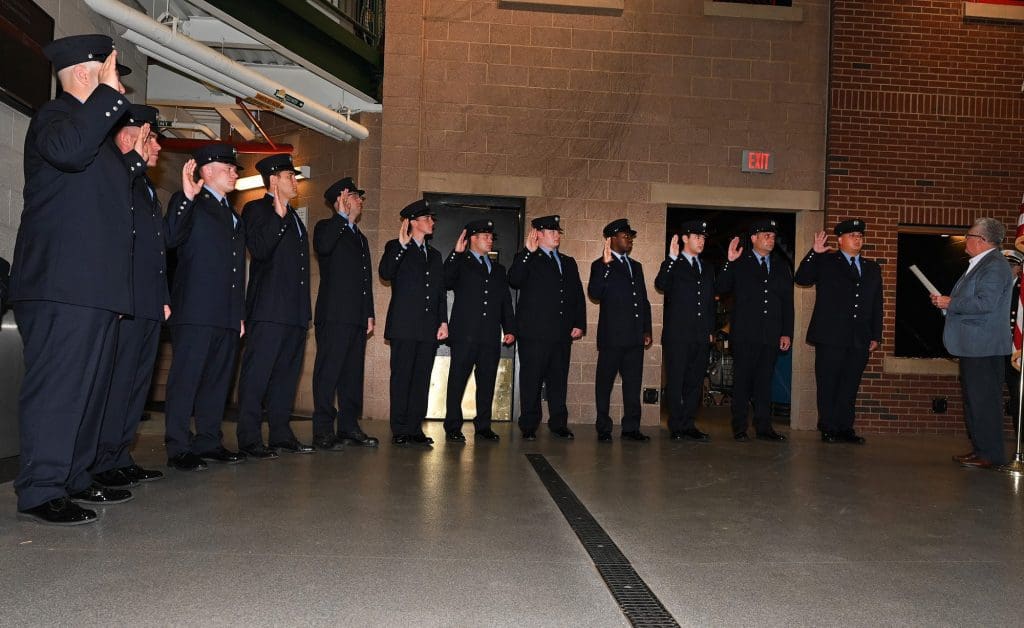 Norwalk firefighters, who went on duty in October, are sworn in Tuesday by Mayor Harry Rilling. (Harold F. Cobin)

NORWALK, Conn. – Sixteen Norwalk firefighters were honored Tuesday with a long-delayed swearing in ceremony at the Norwalk Fire Department headquarters on Connecticut Avenue.

The department “put off” the event due to COVID-19, Chief Gino Gatto said. 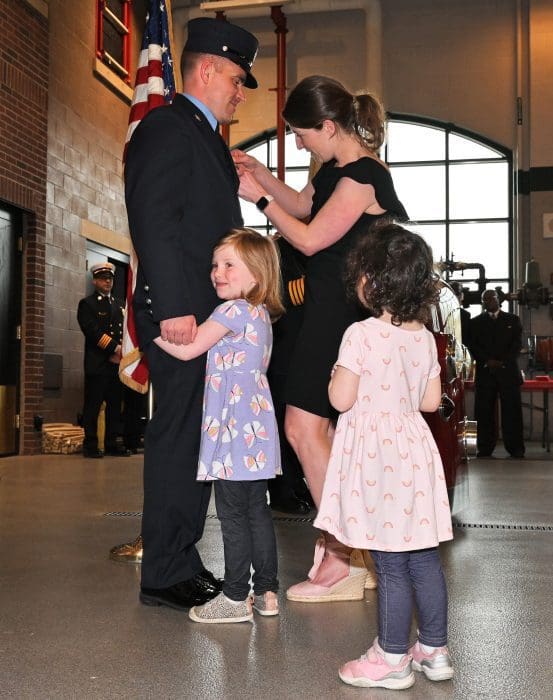 Firefighter Matthew Sandrowski has his shield pinned on his uniform by his wife, Kristin, with his daughters Brooklyn (left) and Chloe. (Harold F. Cobin)

Although the department had 12 vacancies a year ago, Gatto said at the time that he expected no problems. He denied that the department was short-staffed.

The department kicked off a recruitment drive in March with the goal of sending 12 recruits to the fire academy in September. Assistant Fire Chief Ed McCabe called the drive “very successful,” reporting that 1,220 applications came in.

The list is good for two years with an option to be renewed for a year, so it’s possible that 30 people who applied will become Norwalk firefighters, Gatto has said.

Norwalk discarded the results of its previous firefighter exam after a cheating scandal prompted then-Assistant Fire Chief Chris King to resign. The department then developed a new exam process.

Conte, Gagney, Maher and Kelly were promoted in October. The 12 firefighters began work the same month. 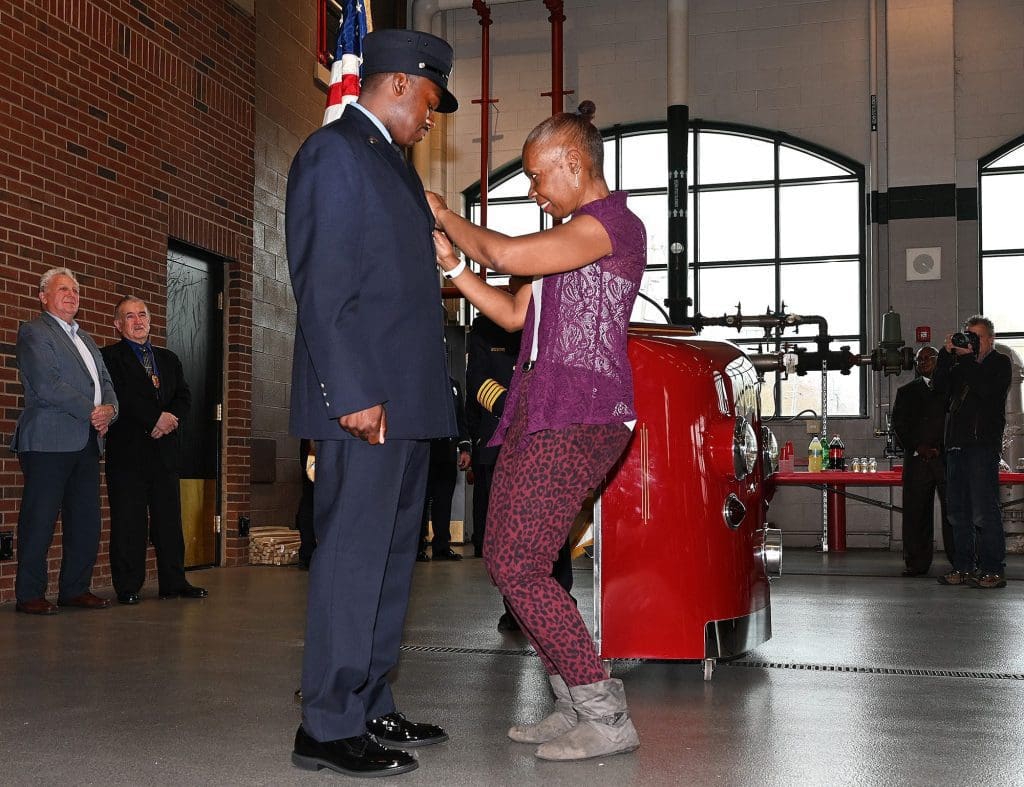 Firefighter Christopher Foster has his shield pinned on his uniform by his mother, Gina Foster. (Harold F. Cobin) 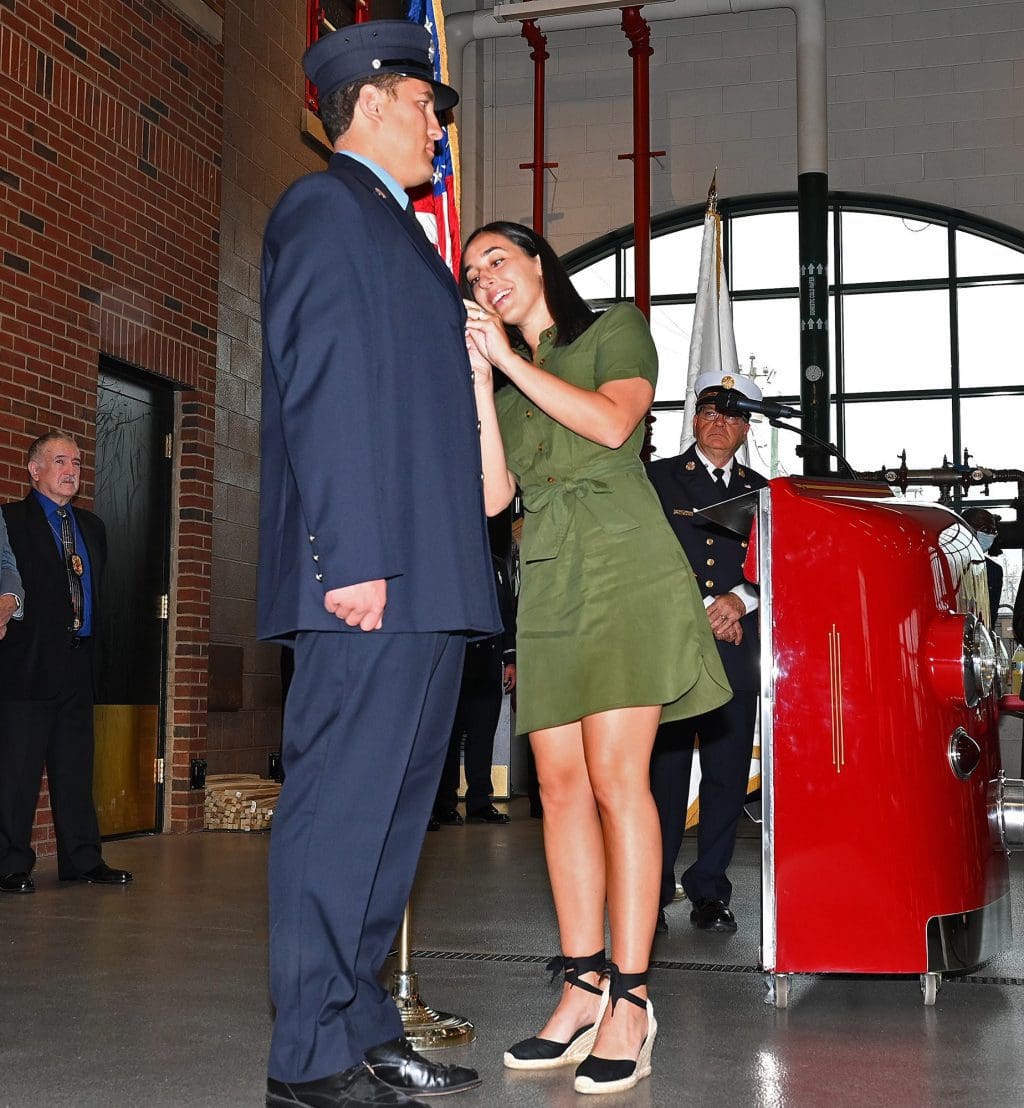 Firefighter Travis Viscount has his shield pinned on his uniform by his girlfriend, Katrina Park. (Harold F. Cobin) 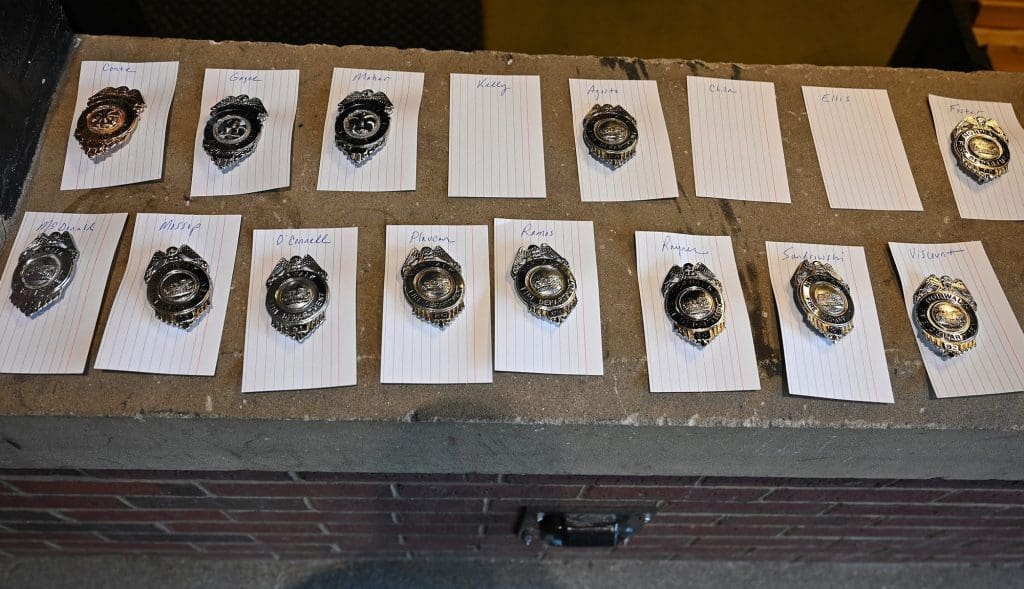 Congratulations to all the new firefighters. We are grateful for your commitment to the community. I wonder how many are from Norwalk since the mayor took points away for living in our town. At least I recognize one from Norwalk who had to come to us via another department. Really is comical. I hope each new firefighter from out of town gets an iPad with Waze on it to find their way around. Harry rallied for more females on the job. They both quit by the way! He is always there to smile and take pics though. When can we expect a fire department on the route seven side of town? Wait, only high rises are allowed in Norwalk now.